How to Setup PS4 VPN or PS3 VPN

Created by Sony, the PS4 is one of the most popular gaming consoles in the world. Released in 2013, it is the successor of PS3 and has pretty much ruled the world of gaming since then by releasing improved versions, including a slimmer console (PS4 Slim) and a high-end console (PS4 Pro) with 4K graphics.

People who prefer streaming on their PlayStation consoles often run into barriers setup by Netflix, Hulu, and other streaming services, restricting people from certain countries to access their service or certain parts of their library.

There are plenty of games on the internet that are barred in similar ways, allowing only citizens of certain countries to access them.

Other than that, gamers are often targeted with DDoS attacks and malware because of the lack of online protection. Coupled with higher latencies, this completely ruins their gaming experience. To stay secure when gaming online, get a taste of PureVPN’s highly optimized encrypted servers in just $0.99 for a 7-day trial period.

How to Setup VPN on PS3 and PS4

Setup VPN on PS3 and PS4 Through Wi-Fi Router

When it comes to setting up a VPN on your PS3 or PS4, you have three methods available. You can share a VPN connection with your PlayStation through your Windows, Mac, or router. To help you out, we have highlighted the required steps for each below: Routers Setup Guides Available Here.

Once your router is set up to run a VPN connection all that is required is to turn on your PS3  & PS4 WiFi to connect to the router.

Setup VPN on PS3 and PS4 through Windows

Setup VPN on PS3 and PS4 Through MAC

If you are using a Mac desktop or laptop and want to share VPN with your PS3 or PS4, please follow the following steps:

PureVPN is the first choice of gamers looking for a VPN service for their PS3 or PS4 VPN. Our relentless professionalism and zeal to provide best service has enabled us to establish various benchmarks in the industry. With servers in 140+ countries, we guarantee gamers high-speed, uninterrupted, reliable and access to the internet.

Get PureVPN now and double your joy of gaming with our PS3 and PS4 VPN service.

In these and other cases, a VPN comes up as the best solution to your problems. Using a VPN, you can avoid barriers on the internet and access the content of your choice with ease. VPNs also guarantee online safety and anonymity, keeping you safe from DDoS, and other such attacks on the internet.

There are plenty of VPNs available on the internet. Not every one, however, is good for use. Some don’t have the necessary features for your online security and freedom. Others, especially free options may be sharing your data secretly to marketing agencies or surveillance organizations.

If you want to choose the best VPN for your PlayStation console, look no further. With 2,000+ servers around the globe and a suite of must-have features/add-ons, PureVPN has what it takes to take your gaming experience to the next level.

Although PureVPN doesn’t have a PlayStation VPN app, you can setup PureVPN manually via this guide here. It also contains a PS3 VPN tutorial to help you setup PureVPN easily on the console.

If you face any further issues, you can always contact our 24/7 live chat support via the PureVPN website and sort out the issue within minutes!

Lag is a serious issue in gaming and a gamer’s win or defeat usually hangs in the balance because of lag. Using PureVPN can help you reduce lag and improve your gaming experience on PS3 and PS4. 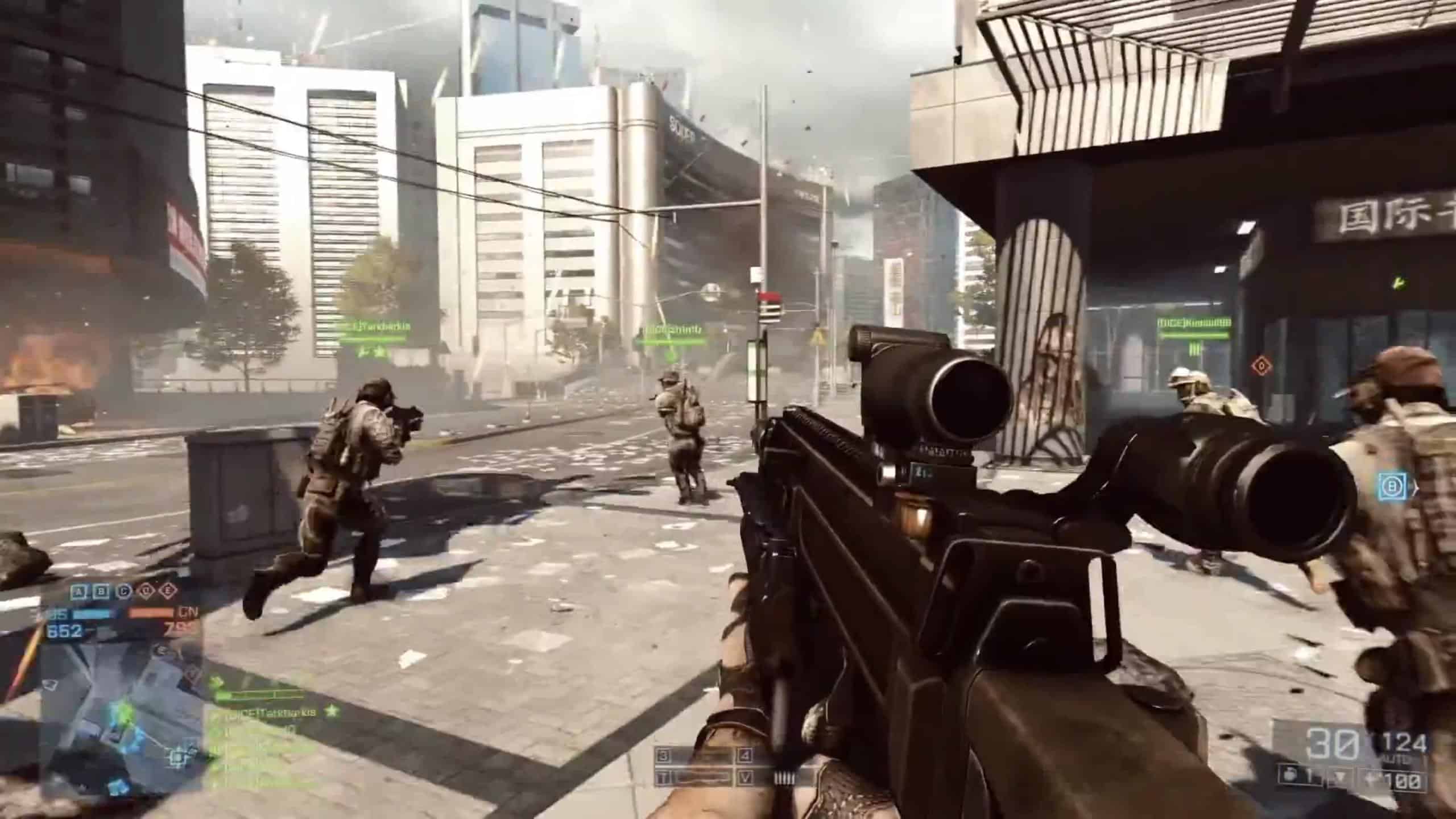 Our PS3 or PS4 VPN connects you to dedicated P2P & gaming server, which has lowest traffic. The server routes your traffic through optimized hot points across international/intercontinental datacenters. PureVPN provides a wide variety of servers around the world so you can effectively deal with lag.

Generally, games are released in a specific country before introducing it worldwide. And sometimes the time and date are same but the time-zone difference makes the difference. For instance, gamers in Australia and Japan will get a digital download of a game before gamers in USA and the UK. 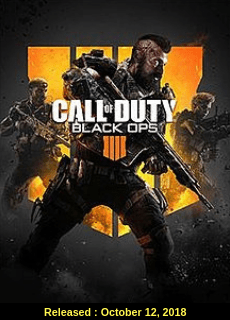 PureVPN can bridge this gap of date or time so gamers can get early access to the game by connecting to the country server like connecting to US server where the game is being released using our USA VPN service.

PS3 and PS4 servers are almost always facing DDOS attacks by rival gamers. Getting DDOS attack is a big issue for gamers, and to counter this threat, PureVPN offers secure DDOS protected IPs for gamers.

PureVPN’s DDoS Protected Dedicated IP add-on is a blessing for gamers from anywhere in the world.

If you have a PS3 or PS4 gaming console, you do not require a laptop or a computer to surf the internet, as the console is just as good for the job. You can stream  popular media sites on it.

Routers, by design, block some ports which is why you will have to set up a port forward to be able to play your favorite games. It also enhances your gaming experience by making your connection more stable, and often times, even faster.

To make the arcane process of setting up port forwarding more convenient for gamers, PureVPN offers Port Forwarding Add-On. This means that you can easily and securely connect your PlayStation 3 and PlayStation 4 with any server you want.

Netflix is one of the most popular streaming apps in the world. Not only can you watch your favorite movies and TV shows on Netflix, but you can also stream Netflix originals that include Stranger Things, and the House of Cards, directly from the Netflix app.

Those who stream Netflix know that its US version is the best because it contains the most number of movies and TV shows. Unfortunately, that version is only available from the US. But you can use a VPN to access that version from anywhere in the world.

If you want to enjoy Netflix on PS4, you need a good streaming VPN such as PureVPN. Here is how to get PureVPN instantly:

How Do You Change Your IP Address On PS3?

Here’s the process of changing an IP address on a PS3:

That’s all it takes to configure an IP address on a PS3.

Here’s the process of assigning a proxy server on a PS4 console:

That’s it. You’ve successfully assigned a proxy server to your PS4.

How Do You Change Your IP Address on PS4?

The easiest way is to arm yourself with a PS4 VPN like PureVPN. Upon connecting to a VPN on your PS4, your original IP address will be replaced with one from your desired server. As a result, you’ll be able to bypass geo-restrictions and gain access to unavailable games or entertainment content from anywhere.

While some free VPNs do work on PS4, we wouldn’t advise using them. These services might not charge you any money, but you still have a price to pay – your privacy! Your data is collected without your consent and sold to third-parties for a profit. You also have to make do with fewer server locations, weak encryption, and bandwidth caps. For these reasons, you’re better off choosing a paid VPN for your PS3 or PS4 instead.

Yes. A VPN can be easily configured on PS3 and PS4 consoles. To learn more about how to setup a VPN on PS3 & PS4, head here.

How can I use a VPN on PS4 without a computer?

You don’t need a computer to use a VPN on PS4. Once a VPN is configured on a PS4, it can run independently.

No. PureVPN doesn’t offer a native app for PS3 and PS4. But here are the process of using PureVPN on PS4 or PS3.

Benefits of Getting PS4 VPNconnect ps3 to vpnconnect PS4 to vpnps3 vpn setupPS4 VPNPS4 VPN for GamesPS4 vpn setupvpn for ps3vpn for PS4
Ian Riley Ian Riley has been covering VPN industry topics for PureVPN for quite a time. He is a cyber freedom enthusiast, and loves to raise awareness about online freedom and free content. He is a crazy fan of movies and Sports.

Top 10 Advantages and Benefits of VPN

Travel Scams That All Travelers Should Know About