PureVPN Book Club – The Start of a Learning Journey

At PureVPNPureVPN Book Club – The Start of a Learning Journey

Flowers were still blooming and the summer heat had yet to arrive when I joined PureVPN back in 2016. It was my second job working as a writer. I was young and inexperienced. But I was hungry for better learning opportunities.

I wasn’t happy at my previous workplace. In my previous company, I felt that I wasn’t learning much. So, I decided to call it quits and join a brand to improve myself both personally and professionally. Thankfully, that is exactly what I got at PureVPN. 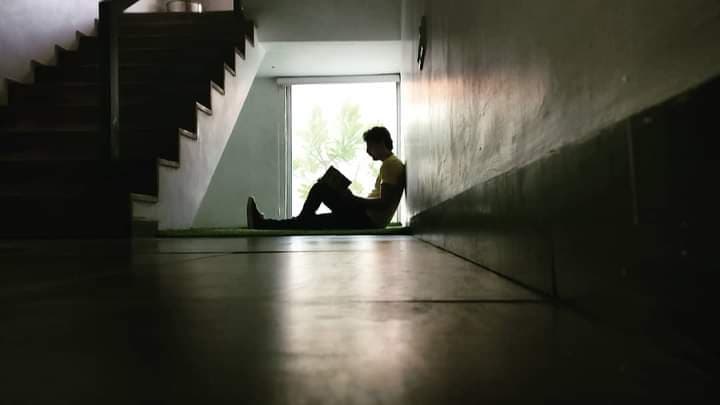 How the Learning Journey Started

Before I received my acceptance letter, I was interviewed by Uzair Gadit, who is the CEO of the PureVPN. I noted (with pleasure) that Uzair was well versed in business literature and had already read some of my favorite books on this subject.

The Impact of the Seven Habits

I was only a few months into this job when Sean Covey paid a visit to our city. Those who have read The 7 Habits of Highly Effective People would know that Sean Covey is the son of the late Stephen Covey. Sean was actually giving an exclusive training course on the Seven Habits that his father had famously described in his book.

The moment the upper management learned about this development, they immediately sent all the top executives to take that training course. When the training ended, the attendees were asked to compile their learnings together and deliver the exact same training to the entire company. 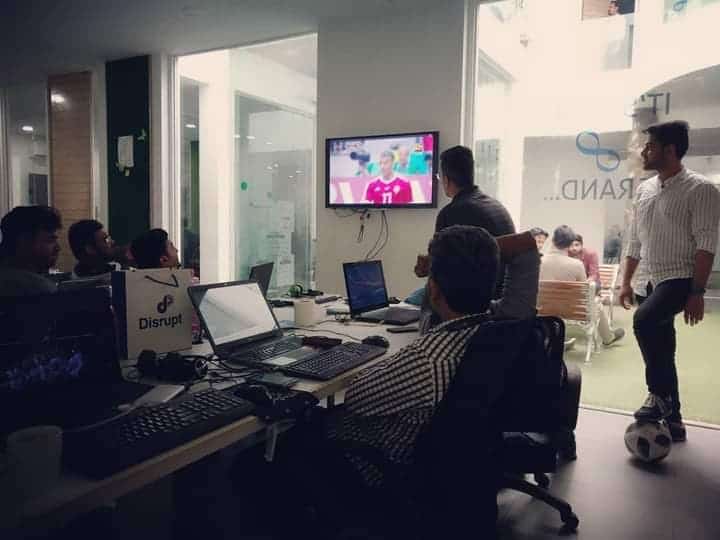 That started a three-day marathon of learning at PureVPN where we all got to understand the Seven Habits and realized how important they can be in our professional and personal lives. The learnings from the course were passed on even to the lowest levels of the company; it’s because we see that everyone has something to contribute.

And it didn’t stop here. These Seven Habits were further infused into our culture when the company started awarding employees if they performed any act that complemented the learnings of the habits. Soon, badges were being handed out to employees if they were “Proactive” or when they “Synergized” the team with their productivity.

The positivity of this culture even affected our product. It was only a matter of time when our VPN product also improved in its performance, and it soon started getting higher ratings on platforms like Trustpilot. Such was the impact of the learnings gathered from one book over the entire organization. 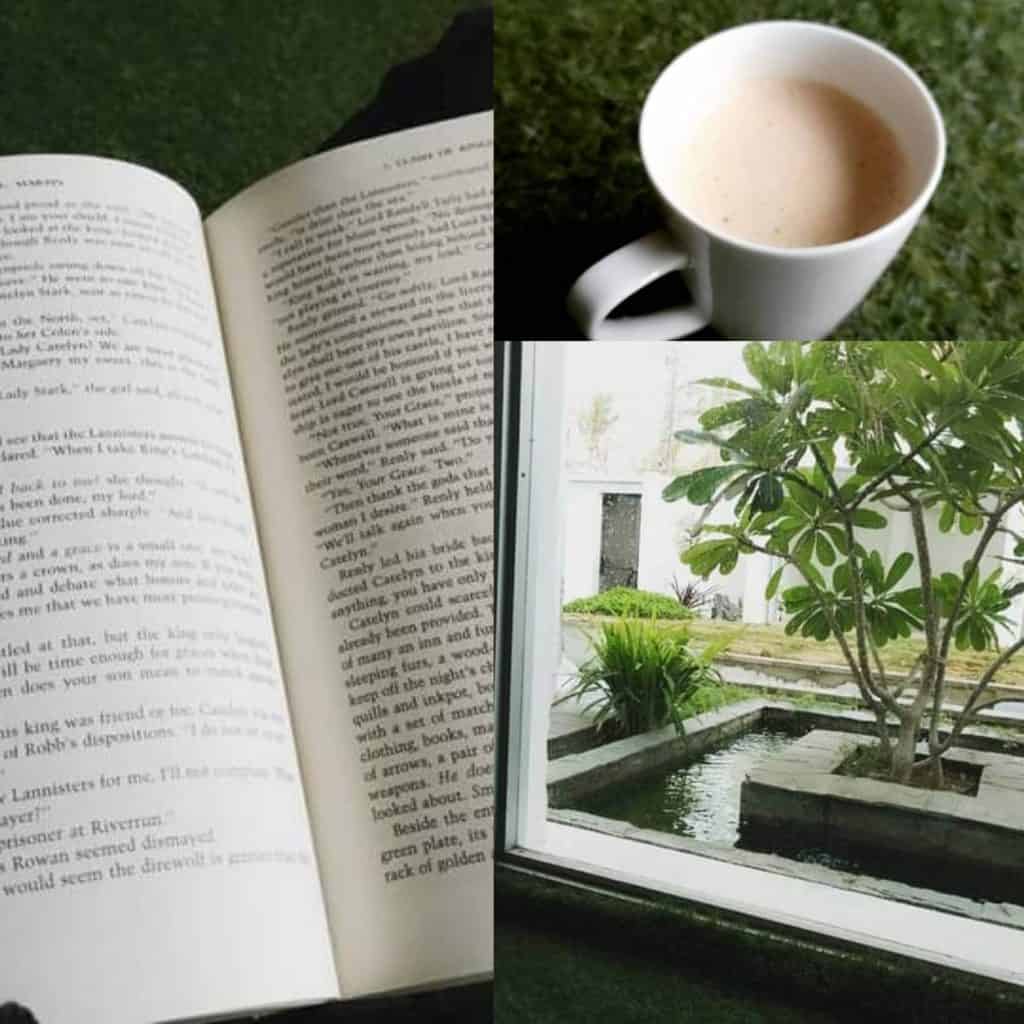 I’ve always taken pleasure in reading good books. One thing I really liked was that the employees were allowed, and even encouraged, to bring books to work.

In our office, there were plenty of places where we could just sit and disconnect with the rest of the workplace and enjoy healthy reading time. In fact, you would often find me sitting under a tree enjoying my coffee break with a good book in hand.

There were plenty of places where we could enjoy healthy reading time. Apart from the garden right outside the office building, we had rooms like “The Quiet Room” and “The Learning Center” where we could relax and read a book or two.

The culture for learning was heavily promoted within the company. We often received books as gifts from the HR department whenever we achieved a prominent milestone at work.

The Inspiration to Start a Book Club 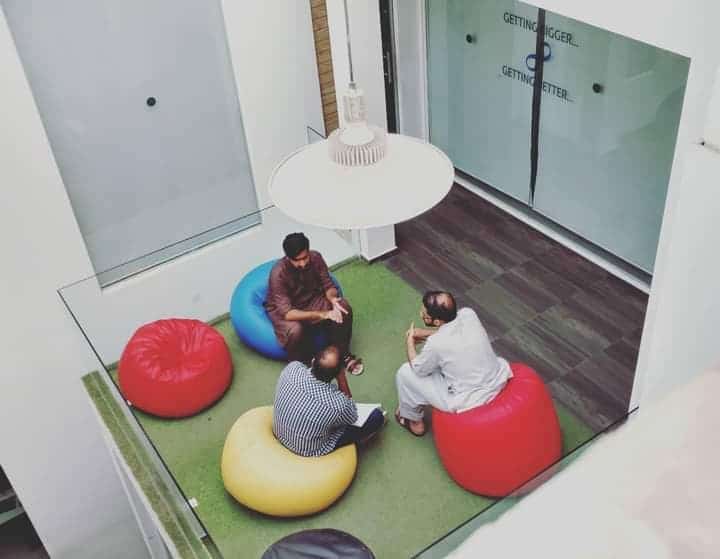 When the new year started, we were called for an all-hands-meet by the CEO Uzair Gadit. While outlining our targets and objectives for the upcoming year, we were told that it’s high time for us to start aiming for the “Infinite Game.” Those who follow Simon Sinek would know about this term from his latest book by the same name.

While he was quoting examples of the Infinite Game, Uzair mentioned that playing this game requires a healthy culture at work where learning and wisdom are heavily promoted and sought out for.

This inspirational talk from the CEO of the company brought an idea to my mind that it’s time for us to start with a Book Club at work where we can discuss our current reads with the rest of the workforce. After discussing it with Faisal Khushnood (our customer-success guru!), I pitched this idea to Uzair Gadit, and he was so impressed that he encouraged me to have our first meetup that very week.

Setting up the meet was easy. I contacted the administration department and booked the cafeteria for the weekend. A couple of days later, we had over 70 people sitting together under one roof and discussing our current reads. These people included some of our topmost executives, including the CEO Uzair Gadit himself. It was a casual meet where we talked a couple of minutes each while summarizing the message behind our favorite self-help books.

The Book Club had officially started and we were busy making plans on how we can improve our next meetup when everything came to a stop. The pandemic was here. It was no longer safe to head out to work, let alone setup a meet for the bookworms in our company. Planet Earth was officially on Quarantine mode. And our city was no exception. 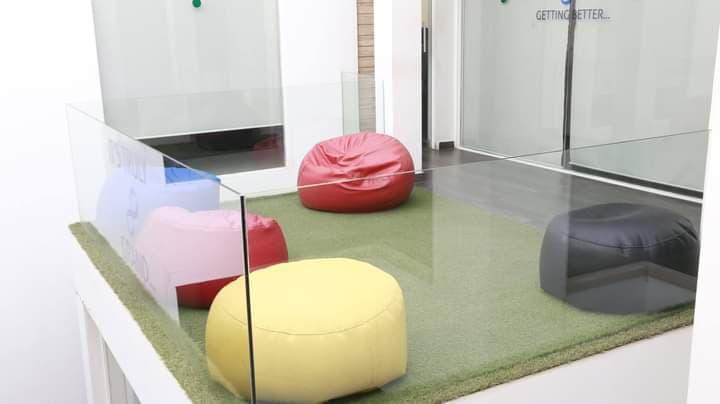 It was annoying to see that the Book Club meets could no longer happen because of the social distancing rules. I didn’t want to stop when we were just getting started! So a colleague of mine, Sufian Farrukh, suggested, “Hey! Why don’t we do a remote meetup?” And I was like, “What an amazing idea!” And that was all that was needed to keep our book club sessions going.

From that weekend onwards, we took full advantage of the video conferencing tools at our disposal to call together our regular book club members and discuss some of our latest reads.

Soon we shifted from multiple-title meetups to single-title meetups where we read and discussed learnings from one book at a time. Our first few reads included Emotional Intelligence 2.0 by Travis Bradberry and Buyology for a Coronavirus World by Martin Lindstrom.

To stay connected with the other bookworms, we set up a group conversation on Skype that now contains over 180 active members from our organization! This idea, like many others, was forwarded by Isfand Yar Khan, who is also a book geek like me. 🙂 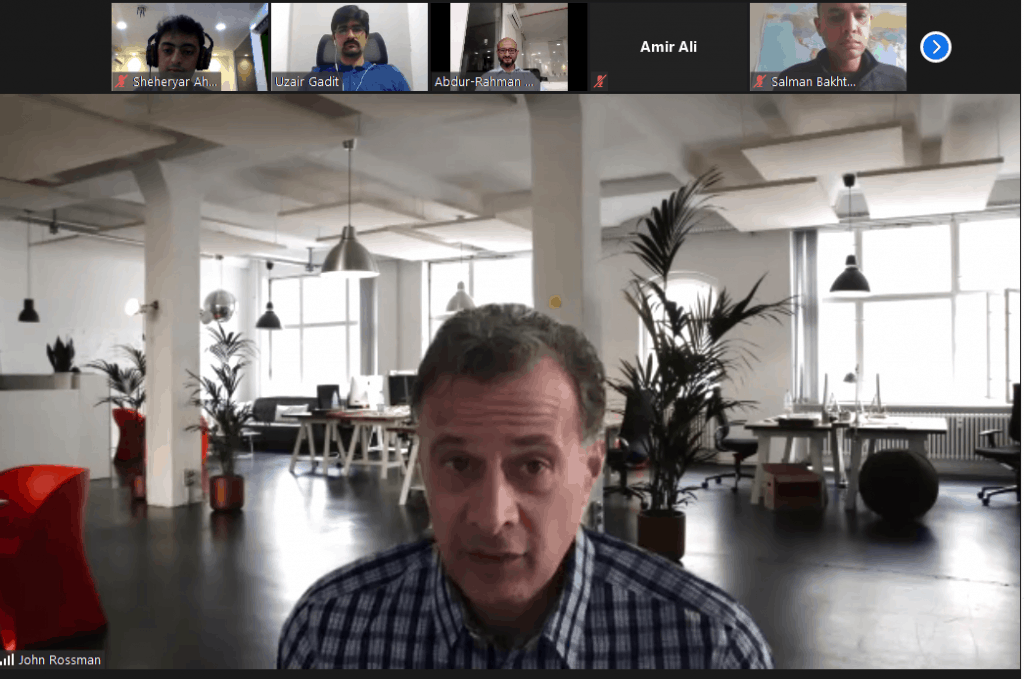 After finishing our first two reads, we moved on to John Rossman’s The Amazon Way. Our focus was now on how we can improve the work culture in our organization. And The Amazon Way presented us with the best guide on how we can promote the right culture at work.

By now, we had our remote Book Club meetups on a weekly basis. Each week, a member of our book club would contribute to the learning culture by creating a presentation on each chapter that we were reading. At the end of the meet, we would discuss how we can implement today’s learnings in our product and our culture.

While all of this was going on, one member from our Book Club roster was sharing regular updates of our meets on LinkedIn. A few days later, we noticed that John Rossman, who was the author of the book, was closely following and interacting with these LinkedIn posts. This presented me with the opportunity to connect with John Rossman and invite him to one of our upcoming Book Club meets.

Those who follow Amazon would know that John Rossman was actually the force behind Amazon’s Third-Party Seller Platform. He was recruited to launch this project. Under his leadership, this platform soon grew into a huge revenue chunk for Amazon and changed the way Amazon operated as a brand. In the meantime, John also worked directly with Jeff Bezos and knew the culture of his company inside-out.

This is why I was over the moon when, while checking out my LinkedIn notifications, I saw that John Rossman had agreed to participate in one of our next meetups! It’s hard to explain the excitement we felt when the news was shared with the rest of our Book Club members.

After careful planning, we hosted John Rossman in a remote meet in an hour-long session. Over a hundred people joined the meetup. Even John was surprised at the enthusiasm that was shown in that special meet. It was a big achievement for us, and a big step forward for our learning culture! 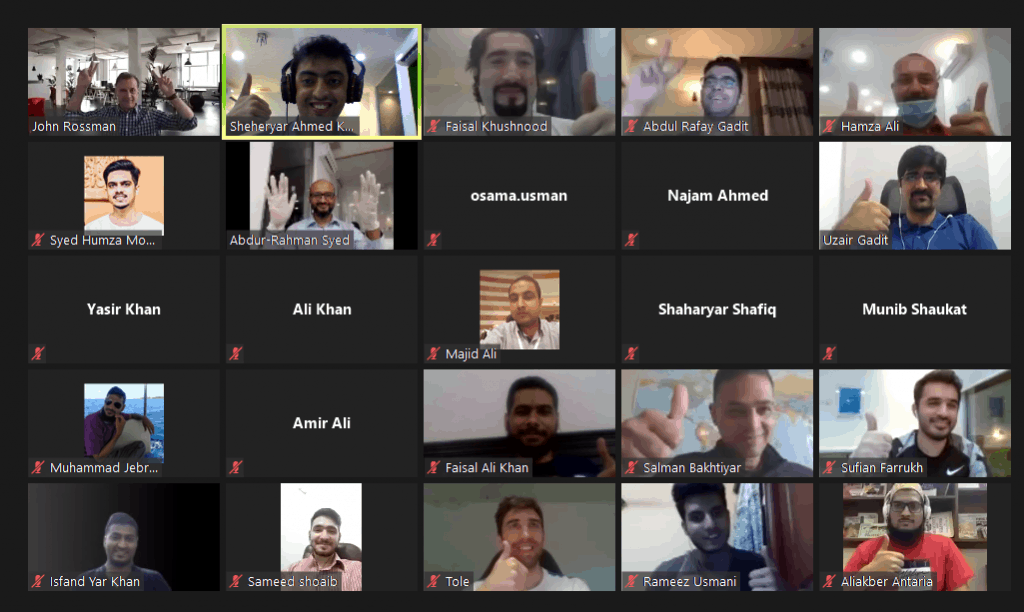 You might feel that the entire initiative probably rests on my own shoulders. That is definitely not the case. Because from the start, I have been assisted by some amazing individuals from work. If it wasn’t for them, the Book Club wouldn’t have been as great as it is today.

As mentioned above, the idea to start the Book Club wasn’t mine alone. The spark of this idea also came from Faisal Khushnood. He was the one who helped me mold this idea into something practical. He also became part of the team that helped plan these meetups and make them spectacular.

Sufian Farrukh was the one who came up with the idea to host our meetups remotely. He also provided us with the tools and the experience to pull it off. His ideas continue to add more innovation to our weekly meets.

Isfand Yar Khan came up with the idea for setting up a Skype group conversation, which turned out to be a huge success. He also made it convenient for us to share our learnings with everyone by introducing the idea to put everything on the cloud. Now, we can just upload our presentations and learning material on a Cloud folder and everyone else can easily log in and download these.

And of course, the amazing mentorship and support from the CEO Uzair Gadit is unparalleled.

Michael Jordan once said that “Talent wins games, but teamwork and intelligence win championships.” Without these amazing individuals helping me out with the Book Club, it probably wouldn’t have been as big a success as it turned out to be.

Moving on to Greater Things

We’ve now finished reading The Amazon Way and have started Simon Sinek’s The Infinite Game. Our objective is to keep on climbing this mountain of knowledge and learning. We also plan on inviting Simon Sinek to join us in our upcoming meets and share his experiences with all those who follow him at PureVPN.

The learning culture doesn’t stop here. It will keep on growing with each new book. And neither does the growth trend stop here. Our collective learnings are creating a healthy impact not just on the workplace environment, but also on the products that we have on offer. And the final beneficiaries will be the consumers of this amazing cybersecurity company. 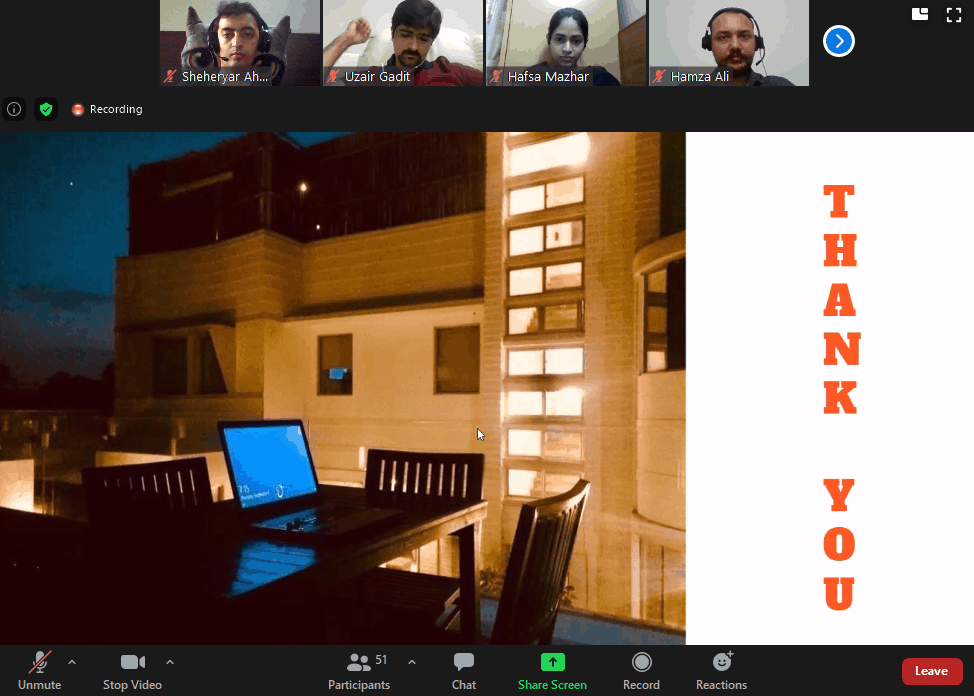