If you use a Windows VPN to safeguard your personal data, the Tap Windows Adapter v9 is something that you should know. Basically, it’s a virtual network interface that provides VPN clients with the ability to facilitate a VPN connection.

However, some users have reported problems with their Internet connection while Tap Windows is enabled. If you’re experiencing something similar, fret not! Today, we’re going to explain what Tap Windows is all about and how to remove/reinstall it.

What is Tap Windows Adapter?

Most VPN software install a particular network driver called Tap Windows. The adapter typically appears in Device Manager after the installation of a VPN client and is used by most VPN suites as an alias for connecting to the Internet privately.

Depending on the version of Windows running on your PC, you’ll come across two different Windows Tap driver versions: 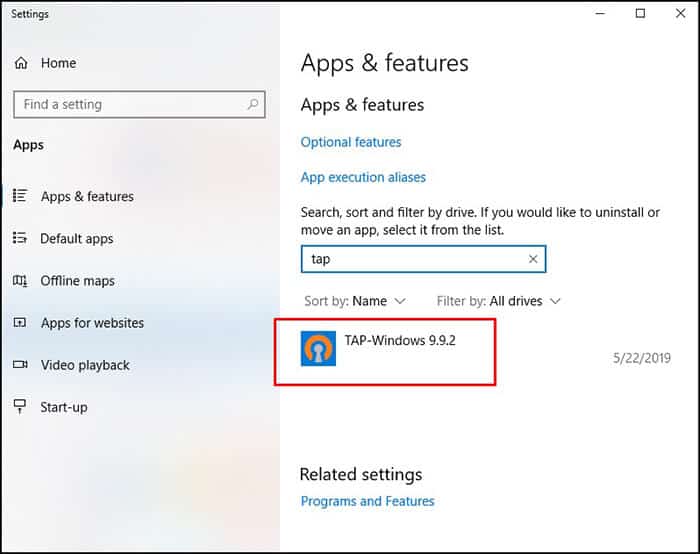 You should always use a VPN for Windows to ensure your online security and privacy. Test out PureVPN today with a $0.99 7-day trial.

What is the Tap Windows Adapter Used for?

You’d probably panic if you come across an application or program that you don’t recall installing, and rightly so. Most spyware and malware today have the ability to sneak onto your computer without your knowledge. However, you don’t have to worry about the Tap Windows Adapter – it’s NOT a virus and completely safe!

The Tap Windows Adapter is a special network driver that enables VPN providers to facilitate a VPN connection to their servers. So, it’s an essential component to have on your device when you want to use a VPN client. That said, you won’t come across the Tap Windows Adapter if you connect to a VPN browser extension.

Where Can I Find Tap Windows Adapter?

You can find the Tap Windows Adapter listed in both the Device Manager and Apps & Feature as it’s a driver. The default installation location of Tap Windows Adapter is C:/Program Files/Tap-Windows. Its exact version will depend on the OS and VPN provider you’re using.

Tap Windows Adapter: When to Remove or Reinstall?

If you generally use a VPN over the Internet and face connectivity issues while doing so, you should investigate the possibility of a corrupted driver. In this scenario, you’re better off reinstalling the Windows Tap Adapter.

However, if you previously configured a VPN connection and no longer use it, the leftover Windows Tap Adapter could be interfering with your Internet connection. To fix this issue, you’ll most likely have to remove the adapter. 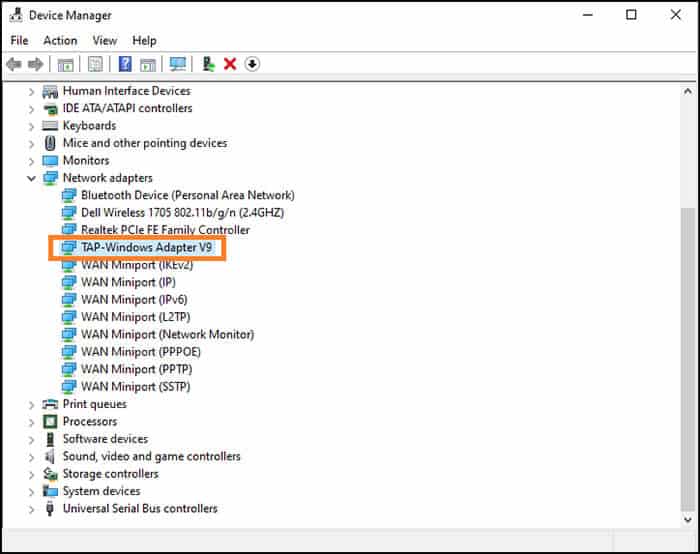 The Tap Windows Adapter might get reinstalled automatically though if you continue to keep the VPN software installed on your laptop or computer.

If you’re getting the error “All TAP-Windows adapters on this system are currently in use”, you may have to restart the Tap Windows Adapter to fix it.

With that out of the way, let’s move on to the steps for restarting, reinstalling and removing the adapter.

The error highlighted above indicates that there’s a problem with the Tap Windows Adapter, so restarting it can help. Just follow this easy guide to restart the Tap Adapter: 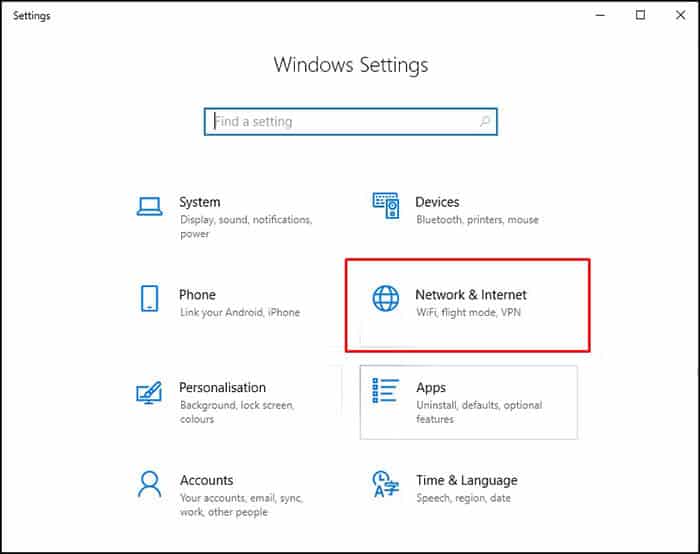 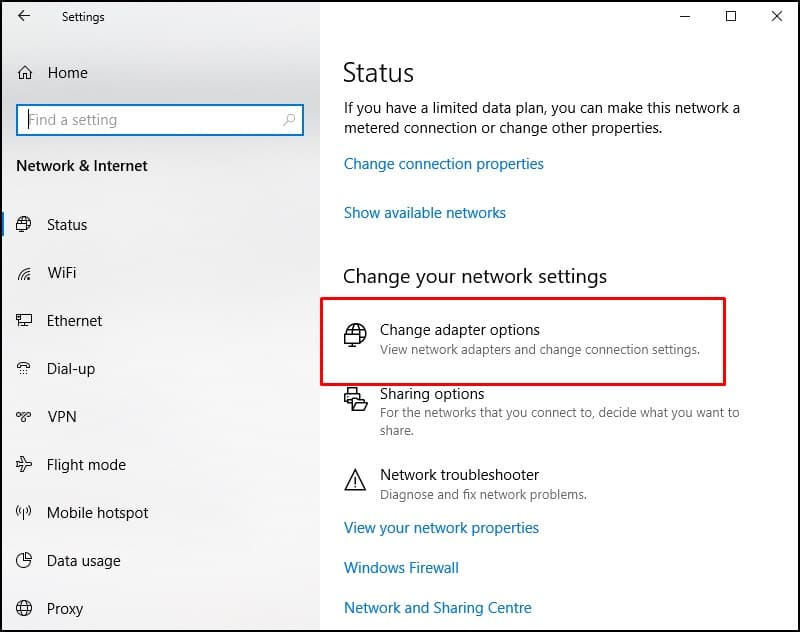 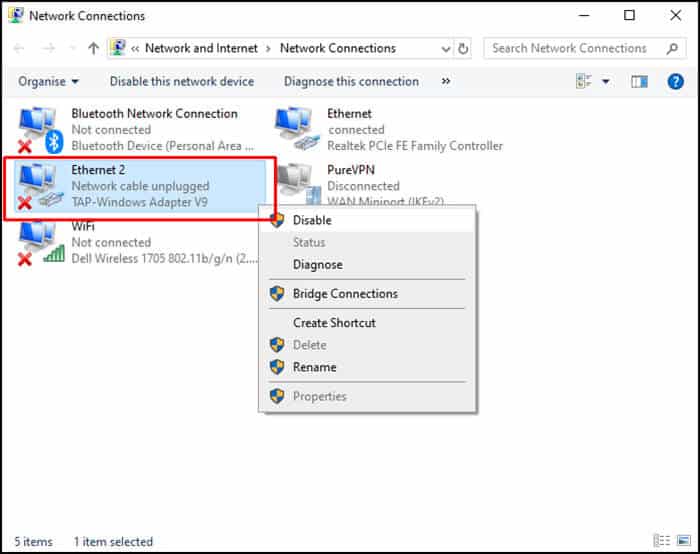 5. After a few seconds, right-click it again and select Enable

6. Launch your VPN client again to see if it’s working.

Are you unable to establish a connection with your VPN? Then, you must troubleshoot by checking if the Tap Windows Adapter V9 is installed properly. If you identify any signs of a corrupted driver, follow the guide below to reinstall the Windows Tap Adapter:

1. Begin by disconnecting the VPN connection and closing its respective VPN client.

3. Then, type the devmgmt.msc command and click Ok to open Device Manager. 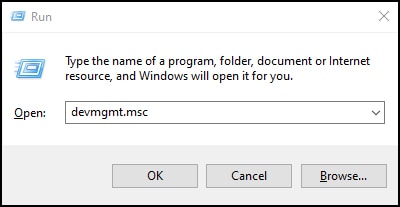 4. In the Device Manager window, scroll down until you find Network adapters and click the forward-pointing arrow to expand the drop-down list.

5. Now, check if you can find out Tap-Windows Adapter V9. If you see one, reinstalling the driver will often remedy the issue. So, right-click the driver and choose Uninstall device. 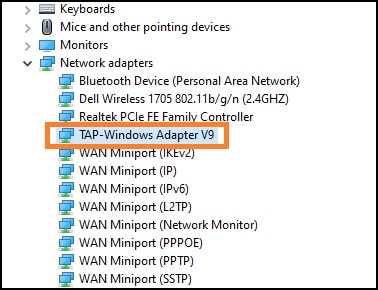 6. Once Windows Tap Adapter has been deleted from Device Manager, go ahead and launch your VPN client. Depending on the VPN software you’re using, it will either ask you to install the missing Tap Windows adapter or automatically install it without prompting.

Note: If your VPN software displays a “missing driver” error after uninstalling it from Device Manager, reinstall the VPN client. The Windows Tap Adapter usually comes bundled with the installation kit.

7. Go back to Device Manager and see if the error has been fixed. If not, you’re left with no other option but to ask your VPN’s support for assistance or switch to another provider.

How to Remove Windows Adapter V9

You’d expect the process for removing the Tap Windows Adapter V9 to be as easy as uninstalling and reinstalling it. However, you might notice that the adapter returns in Device Manager every time you boot up your PC – this will depend on the VPN software you have installed, of course!

Why does this happen, you may wonder? Because some VPN programs check for missing drivers and install them automatically. If you want to remove the Tap Windows driver, check out this simple guide below:

3. Double-click exe and follow the on-screen instructions until you finally remove the driver.

If you stop here, the Tap Windows driver will reappear at the next startup or when you open your VPN software. To keep the driver from installing on your computer automatically, you’ll need to get rid of the program that requires it: 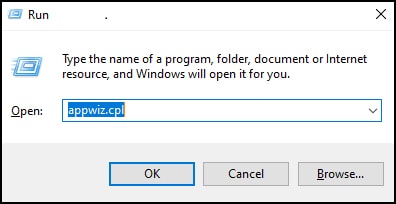 3. Now, find your VPN client from the list and uninstall it.

Note: In case you’ve used multiple VPN programs before, make sure you remove all the clients so there’s no software that will reinstall the Tap Windows Adapter V9.

And that’s about it. We hope all your questions related to TAP Windows adapter have been answered. If you still have any confusions, feel free to use the comments section below!

The following are some commonly asked questions about Tap Windows Adapter:

How to Fix “All TAP Windows Adapters in Use” Error

Check if you’re using the latest version of the app/software provided by your VPN service (it usually contains the latest Tap Windows Adapter). If you already do, just follow these simple steps:

This TAP drive issue can be resolved in two ways:

You’ll find the steps for both these methods above.

An error occurred installing the TAP device driver – How to Fix

tap windowswindows vpn
PureVPN PureVPN is a leading VPN service provider that excels in providing easy solutions for online privacy and security. With 6500+ servers in 141+ countries, It helps consumers and businesses in keeping their online identity secured.

What is My Android Version? Learn How to Check & Update your Android