This Streaming Service Has the Best Titles, TV Shows, and Catalog

There are so many streaming services that are competing against each other to give you the best entertainment from the comfort of your homes. And , frankly speaking, this is sort of a pain in the ass because choosing the best streaming provider certainly isn’t an easy decision.

On the plus side, new movies have been brought to your couch—literally. Disney+ now releases new movies online (with premium access, of course). You don’t have to search for “Movies and shows similar to Breaking Bad because Netflix will automatically give suggestions based on your interests and previous watch history. Wondering how to find a trashy horror movie from the 90s? No big deal, just enter a code and access all scary movies and shows available to your heart’s content. It’s that simple.

To make a long story short, most streaming services have many consumer-friendly options and genres that ensure your cord cutting decision is worth it—for the rest of your life. Food for thought.

On a different note, when someone asks you, “how are you spending your quarantine period?” The most common answer among streamers like us is “Netflix and chill,” or “more Netflix and less chilling.” We get it. The only good thing about staying at home with your (annoying) loved ones in 2020 was watching movies and TV shows. The past few months have been a revelation for us too and we can safely jump to a conclusion that we can’t live without streaming (not those of us who are entertainment geeks, that’s for sure).

Movies and TV shows became our at-home vacation (because it’s not like we have much of a choice these days) where we shuffle through the titles and pick the best one to watch on a Tuesday night. If you are binge watching a lot then it is better to watch good quality titles to create a positive headspace and beat out stress.

In this article, we will tell you which is the best streaming service when it comes to the catalog, number of titles, and award winning shows. In simpler words, we want to help you watch the best content that is worthy of your time, no matter the country you are living in.

Netflix, Amazon Prime, and Disney+ are the three most popular streaming services right now without a doubt. First, let’s discuss the common highlights between all of them before we narrow down to the best-for-you streaming service.

That’s good. But now let’s skip the commonalities and dig down deeper as to the one and only streaming service that offers high-rated movies and shows. Let’s talk about the real scoop. A service that offers titles that doesn’t only sound better but has an amazing storyline, characters, and a high IMDb score.

When it comes to user interface and original content, Netflix is the standout winner. The service has a gamut of genres and the best spread of titles available like Stranger Things, Black Mirror, Orange is the New Black, Unbreakable Kimmy Schmidt, Peaky Blinders, Daredevil, and Dark.

On the other hand, Amazon Prime is miles behind when it comes to Netflix originals. Although Prime Video has a few originals, such as Sneaky Pete, Hunter, The Marvelous Mrs. Maisel, and Upload, these are still peanuts compared to a huge list of original content on Netflix.

Furthermore, Disney+ has some popular originals as well like The Manadalorian, Forky Asks a Question, and Star Wars: The Clone Wars. But you see, these titles cater to a specific audience who are basically nerds, geeks, and like to play with toy gadgets, no offense.

But the Disney service hasn’t yet produced a show like Stranger Things or Black Mirror. This is the reason why both Amazon Prime and Disney+ are not in the league of great originals while Netflix is sort of a pioneer in this battle.

Surprisingly, Amazon Prime offers more titles than Netflix and Disney+. But we are discussing the best catalog and titles, right? Yes, the primary goal is to figure out which streaming service offers more quality movies and shows.

Netflix is focusing on producing original content for the past few years now and mainly after the service had a fallout with Epix that slashed the big catalog. That’s why Amazon Prime has fewer originals and more licensed non-exclusive content because they have deeper pockets.

Netflix has managed to win more users over the past couple of years followed by Amazon Prime and Disney+. Both Prime Video and Disney+ aren’t close to Netflix because the services offer old movies and the only best part are the movies. On the other hand, Netflix has been updating the library constantly to entertain their subscribers. 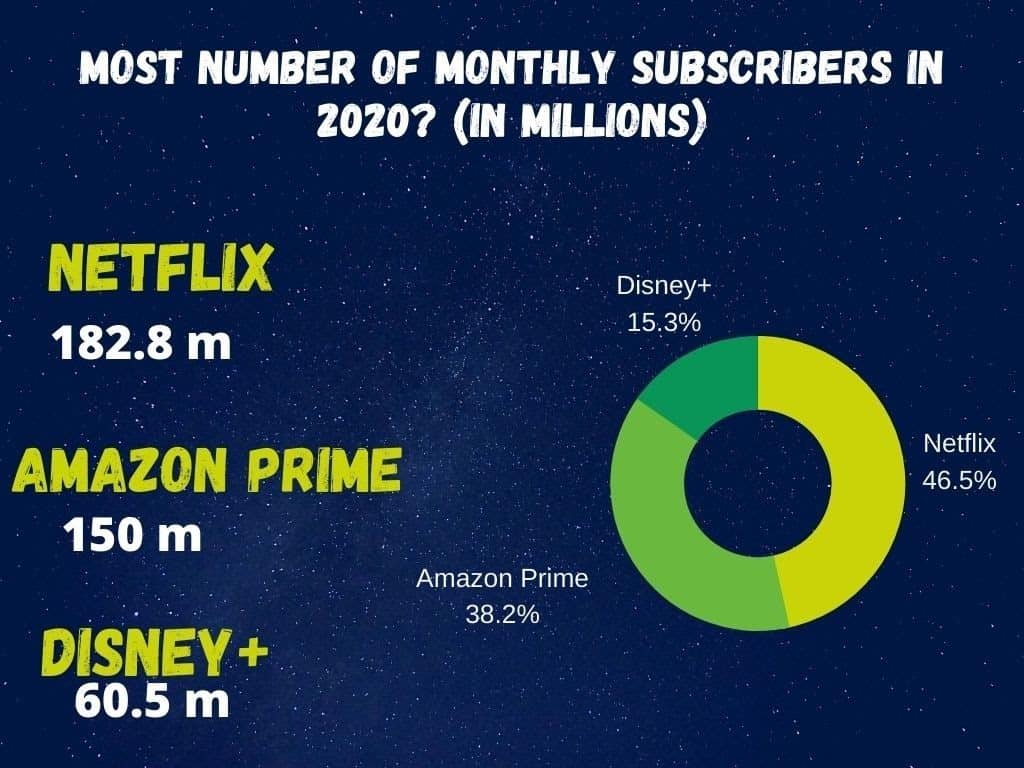 To whittle down the list further, we’ll now take a look at the top Oscar winning titles on each streaming service. There is no shortage of great content on Netflix, Amazon Prime, or Disney+ that you can enjoy as a subscriber. Here are some titles that have at least won a single Oscar based on the type of streaming service: 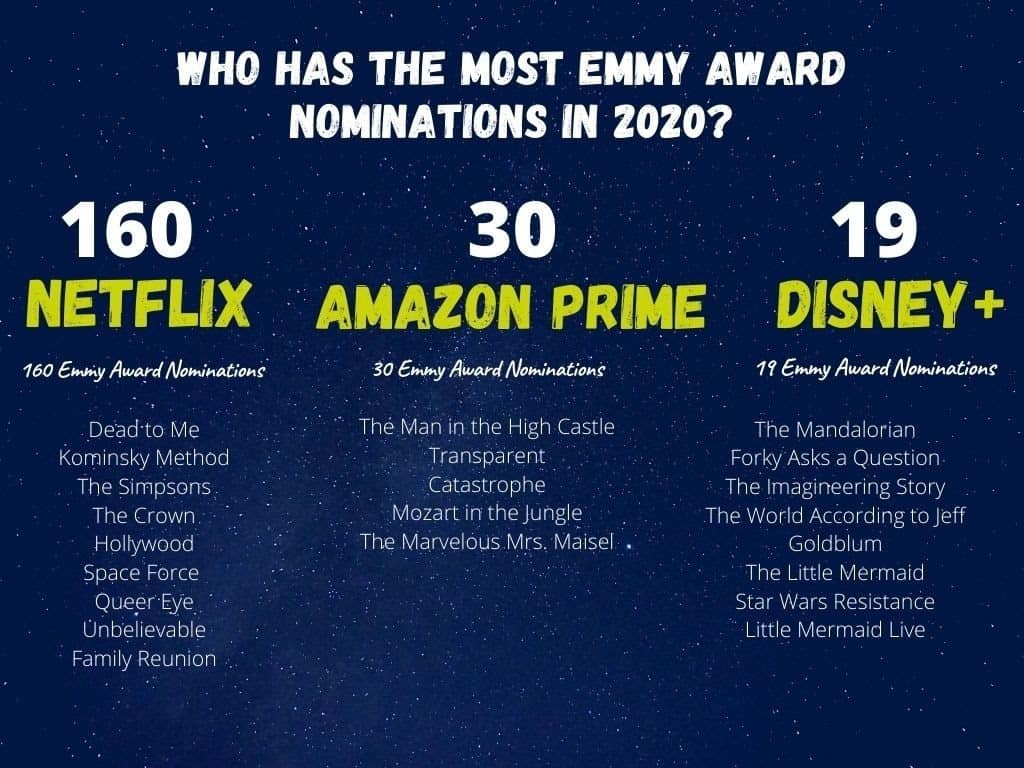 The answer is: loads of stuff. But to be honest, we want to see shows like The Sopranos, The Wire, Breaking Bad, Friends, or Fresh Prince of Bel Air. These are old shows but they have a kind of cult following because of the storyline and characters. You can find many high-rated shows on Netflix with top IMDb ratings and more number of followers. There is a reason why Netflix is winning the streaming war in 2020. 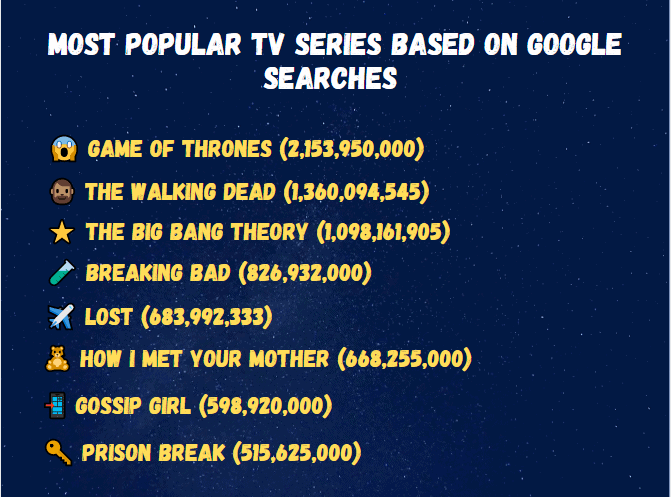 Warning: HBO to Shut its TV Channels in India and South Asia.