Cyberstalking: How, Who & Why

Cyberstalking is when someone uses the internet to stalk, harass, or make repeated threats. The stalker might be a stranger or someone you know.

The term can also apply to a regular stalker who uses modern technology to trace, locate and follow their victim and their movements more easily. In other words, it’s just like regular stalking, which starts in the virtual world, but often makes its way into the reality.

However, that’s just the broad definition of cyberstalking. We’ll dig deeper into how cyberstalking is done, who are the victims, who are the offenders, and why does it happen. Starting off, let’s take a look at how cyber-stalkers target their victims

How Do They Do It?

Modern technology has changed the way we live our lives mostly for the better. Devices like smartphones, computers, tablets, etc. have connected the world and made our lives easier. Unfortunately, it has done the same for criminals, especially cyber-stalkers. There are many ways through which cyber-stalkers can exploit their victims. Here are some examples of cyberstalking:

Also, a lot of internet users believe they are safe from cyber-stalking since they are hardly online. However, they are sadly mistaken. In this day and age, you don’t even have to own a computer to become a victim of cyber-stalking.

For example, the method of ‘Call ID Spoofing’ that is often used by identity thieves and cyber-stalkers is a very straight-forward process. Offenders can easily find sites via Google where they can purchase this tool. They can buy pre-paid time slots, then call their victims and pretend to be an employee of a bank. Stalkers can ask for personal information such as social security, date of birth, credit card numbers, and address. Using these tricks, cyber-stalkers can locate victims by fooling friends and relatives into revealing the victim’s whereabouts.

Cyber-stalkers & Why Do They Do It?

Remember, a stalker can be anyone – from a stranger to a friend. It could also be an ex-lover who wants to get back at you or a disgruntled colleague who is jealous of your accomplishments. He could be a loner at your school who has a major crush on you or a complete stranger who saw you at the mall.

According to renowned psychologist Dr. Emma Short from the National Centre for Cyberstalking Research, cyber stalkers often “tend to be quite anxious and could be suffering from anxiety, depression, stress or another addiction. They seem to be quite isolated and have a lack of social support which could be a result of it falling away because of the amount of time they are online.”

On the other hand, when it comes to the victims, — as you would guess – women are targeted more often than men. While it isn’t a gender-specific problem, a majority of the victims are female. Here are some interesting facts

There have been thousands of cyber-stalking cases reported in the US alone. While most cases aren’t life-threatening, some have cost the lives of the victims. Let’s take a look at one of the earliest reported case about cyberstalking.

Back in 2003, a woman in the US sought protection from the authorities after a cyber-stalker had gotten hold of her personal information such as her physical description and location, and was handing it out to men on an online dating website. The woman found out about the identity theft when a man contacted her, and told her they had arranged a casual meeting through the dating website lavalife.com. Shortly after that encounter, another man called her and pretty much said the same thing.

When it comes to persecution and punishment, law enforcement agencies hands are usually tied due to insufficient evidence. However, there are some cases where justice was served.

In 2010, Tyler Clementi –a Rutgers University student – was spied on by his roommate, Dharun Ravi, who caught him making out with another man — leading to the roommate’s suicide after the images were secretly broadcasted online. Ravi was found guilty of bias intimidation, invasion of privacy and other crimes.

Stalking has been around for centuries, probably since the rise of civilization. However, it wasn’t until the 20th century when it was finally labeled as a crime, and laws were passed to protect the victims. The first anti-stalking law was enacted in 1990 in the state of California.

However, when it comes to cyber-stalking, it didn’t take authorities centuries to catch on and pass laws against it. Cyberstalking is a criminal offense under various state anti-stalking, slander and harassment laws. Almost every state in the US has cyberstalking legislation in place. A guilty conviction can result in a restraining order, probation, or criminal penalties against the assailant, including jail.

Dangers are lurking at every corner in this virtual world. You may never know if you’re being stalked and it’s difficult to catch peeping-toms in this day-and-age, especially if they are good at covering their tracks. However, cyber crime is steadily on the rise. This is why cyber-stalking prevention should be the top priority of internet users and governments alike. 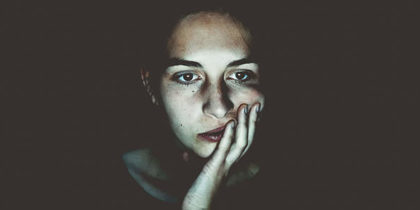 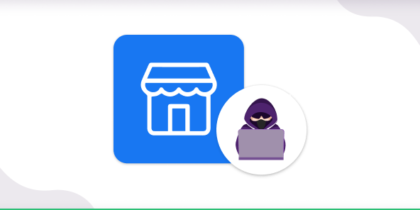 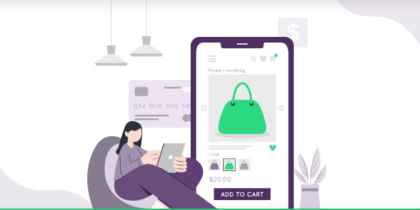