What is Two Factor Authentication (2FA), Why is it Important & How to set it up?

What is Two Factor Authentication?

How does 2FA work?

With two-factor authentication, users will be required to provide not only a password, but another second factor, which may either be a biometric factor such as a facial scan, fingerprint, or a security token.

With two-factor authentication in place, an additional layer of security is added to the authentication process, an aspect that makes it harder for hackers or any other attackers with ill motives from gaining access to unauthorized accounts or devices.

For quite a long time, two-factor authentication has found its use in controlling access to sensitive data or information that has to be kept private. 2FA has been somewhat successful in preventing hackers from stealing passwords or use phishing campaigns to get a hold of user passwords.

Authentication factors: What are they?

Of importance to note is that a vast number of two-authentication methods heavily rely on the first three methods listed above. Still, as single-factor authentication services go, users need to remember that passwords and user ID aren’t the most secure to rely on.

Learn about ways to avoid being hacked online.

There are several services and devices for implementing two-factor authentication – from RFID cards, Google Authenticator, tokens, to smartphone apps. 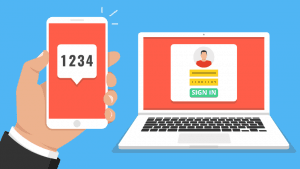 Two-factor authentication products are, however, divided into two groups/categories worth noting: infrastructure or software that recognizes and subsequently authenticates access for users, or tokens that are given to users when logging in.

Authentication tokens could be physical devices such as smart cards, key fobs, or even exist in software such as desktop apps or mobile that generate PIN codes necessary for authentication. Also known by others as single-time passwords, they usually are server-generated and recognized as authentic either by an authentication app or device.

Firms need to deploy systems that accept, process, or allow/deny access to individuals authenticating using their tokens. Such may be achieved by using a dedicated hardware server, server software, or a server provided by a third-party vendor.

A recent study conducted by the University of Maryland and John Hopkins established that a majority of people –approximately 28%-  have never attempted using two-factor authentication at all in their lives.

When asked as to why they didn’t consider using two-factor authentication on their smart devices or desktops, most of them stated that this security feature was an inconvenience to them. Others went ahead to state that they had encountered some unpleasant experience after having tried it in the past.

Surprisingly, some stated that they saw no value at all in using this vital security feature. Based on the research studies, the scholars concluded that a lack of sufficient information was to blame for the lack of adoption of this security feature.

Based on the survey responses, 64% of those interviewed stated that they had never heard of this feature before, and they were not even considering using it sometime in the future. This, therefore, makes it clear to understand why matters to do with two-factor authentication are a profoundly understood and relatively underappreciated security tool.

Here are the online privacy tools you must have to stay safe online.

Why You Should Use 2FA

First, two-factor authentication, sometimes referred to as a multiple-factor authentication, adds an extra layer of security or protection to any online platform that a user gets to access. While the first layer could generally be a combination of a password and username, adding an extra step of authentication is an excellent way of making user identity harder for an attacker or any other person(s) with ill motives to access your private data.

Therefore, this drastically limits the chances of identity theft, fraud, or data loss. A second layer could ask you for the name of your dog, a secret code that’s immediately sent to your phone, or a facial scan. Regardless of the nature of what the second layer is two-step authentication serves as an essential barrier to a user account.

Secondly, two-factor authentication is essential for equally other important reasons worth noting. If you aren’t aware yet, since the beginning of the digital revolution, passwords have always been used as the primary form of authentication.

As you can see from the above facts, passwords as a form of security feature are highly vulnerable. Attackers can get your password in less than six hours and get access to information that you may have wanted to stay private. Without a doubt, this is the reason as to why two-factor authentication is essential.

Based on a recent study conducted by a cybersecurity firm by the name Symantec, it was established that more than 80% of the entire data breaches could be eliminated if individuals and organizations employed the use of two-factor authentication. Two-factor authentication makes sure that a given password isn’t enough for anybody to impersonate you and get his hands on data or your information.

How to Set Up a Two-Factor Authentication

Enabling two-factor authentication is not a laborious exercise as you may perceive it to be. If you follow the right steps, you’ll find that this is one of the most natural things to do.

To enable two-factor authentication, first, you have to check whether the website supports this vital security feature. To do this, go the Settings section of the site that you intend to enable this feature for, and check to see if there’s an option for two-factor authentication in place. At most times, you’ll find this feature under the security tab. 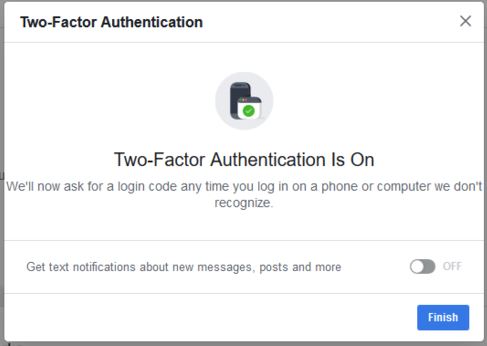 The moment you are done enabling this security feature, you will be immediately greeted with a QR code. You can then go ahead to scan this QR code using your authentication app. But alternatively, though, an alphanumeric key will be visible on the screen for you to use. As opposed to scanning the QR code, this alphanumeric key can be entered manually.

There are a few cases where you will be offered with some backup codes, to provide you with some assistance, especially if you lose some access to the authentication app. If you so wish, you can save these codes somewhere safe or print them out.

And that is pretty much of it. The next time you want to login to the website, you will first have to enter your static password, followed by the code that’s generated by the app or any other hardware device that you are using. However, one thing that you have to keep at the back of your mind is that the codes get automatically generated every half a minute.

There are quite several notable problems associated with the adoption of two-factor authentication, especially when considered from the business angle perspective. A majority of business entities across the globe have been faced with enormous challenges when attempting to implement 2FA.

For instance, a majority of companies lack even the most basic forms of infrastructure to support two-factor authentication. Much worse, a majority of organizations across the globe lack enough expertise, mainly on the grounds of qualified personnel with enough information regarding how to effectively set up two-factor authentication. Many of them don’t have in place an expert who comprehends security components and make sure that it is working effectively. 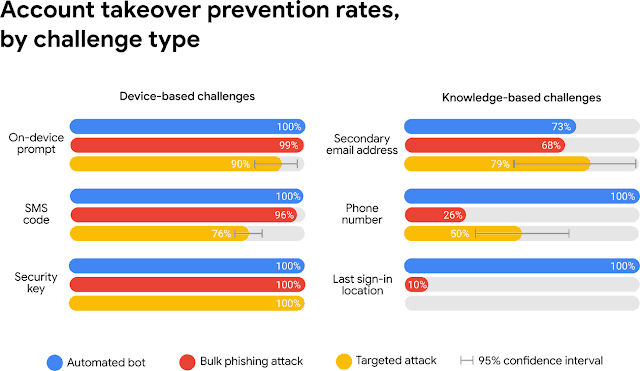 However, what appears to be the biggest challenge that a lot of business entities struggle with is having their end-users, or employees, to clearly understand the reasons as to why two-factor authentication is essential. This cultural change could mean the difference between a company operating at a snail’s speed, and a complete lack of valuing the benefits of 2FA.

With no perceived value of 2FA, what follows typically is a complete failure of the entire process. An apt example of a firm that has managed to handle everything to do with two-factor authentication well is the Cook Security Group located in Portland.

The Cook Security Group went ahead to establish two-factor authentication for their employees who wanted to access sensitive information and any other data about the company. Cook Security Group’s two-factor authentication system compels a user to input a username and a password. After that, once a user enters this information, s/he will have to enter a verification code sent from the system to their cellphones that were initially provided by the company.

Unlike before, we live in a digital age where private information and data can fall into the hands of hackers and other attackers with a lot of ease. Now more than ever, cases of digital hacking and other forms of fraud are so high, and keeping your account and any other device is a priority.

There is a way of keeping your private information and data safe from the hands of unauthorized persons, and that is by using a two-step verification method. This method triumphs the standard one-step verification, where only passwords are needed for logins.

With two-step verification, individuals and business entities stand a chance of keeping information that they value the most very safe. Even though businesses and quite a large number of people find the implementation of two-step verification challenges, failing to do so is putting oneself in a significant security risk.

For the utmost online privacy and security, you should resort to state-of-the-art encryption algorithms. PureVPN offers AES 256-bit encryption that secures your online activities against hackers and prying eyes.

Two-factor authentication
Ather Owais Ather Owais is a tech and cybersecurity enthusiast. He is a strong advocate for online privacy and security, following technological trends and their impact on today's digital era.