Everything You Should Know about the California Consumer Privacy Act

The act may impose new consequences on the U.S. companies than the European Union’s General Data Protection Regulation (GDPR), which went into effect on May 25, 2018.

While California doesn’t have some of GDPR’s most punishing requisites, for instance, a small 72-hour window in which a company must announce a breach, the bill intends to secure internet users.

As opposed to GDPR, the California Consumer Privacy Act takes a holistic approach to a user’s private data. The real test for entities is to locate and secure the user’s online private data.

Learn about GDPR and its impact on SMEs.

The California Consumer Privacy Act, commonly referred to as CCPA, is an act that aims to strengthen privacy privileges and consumer protections for Californians. The bill is officially known as AB-375. 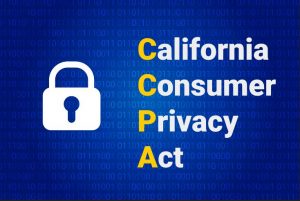 When Was the Bill Passed?

When Will the Act Come into Effect?

The bill intends to provide residents of California with the right to:

To Whom Does CCPA Apply?

The CCPA applies to any business, including any for-profit entity that collects consumers’ personal data, which does business in California and satisfies at least one of the following thresholds:

Organizations are required to “implement and maintain reasonable security procedures and practices” in protecting consumer data. 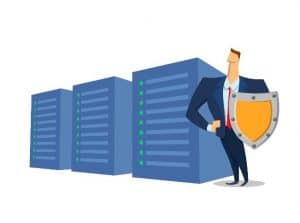 How Will the Act Get Enforced?

What’s the Need for CCPA?

The California Consumer Privacy Act (CCPA) is a much-needed policy. With data breaches and cyberattacks becoming more prevalent than ever, internet users now fear the improper use of their online data more than ever.

Under the CCPA, California residents will now have more control over their online data and how that information gets shared with others. Although it’s one thing to draw up these alterations, it’s a whole different challenge bringing them into practice.

What Data Does the CCPA Cover?

Are There Any Gaps in the CCPA Act?

CCPA’s broad definition of personal information may be a cause of concern for online businesses as it doesn’t leave any room for them to sustain their business model, especially for advertisers.

Another challenge is how personal information will be regulated. It’s no doubt that the bill is a beginning step towards data protection. Still, it’s worth mentioning that it only applies to California residents. It’s uncertain when other states would follow suit.

Given that the internet is universal, this act is puzzling for those who move in and out of California and for the rest of the internet users around the world.

As a Business, What’s the Effect of CCPA on You?

Given the level of detail that CCPA has outlined for businesses in California, it’s certain that companies should immediately assume any information collected about their customers as ‘personal information’ under CCPA unless they are informed otherwise by legal expertise.

How Do I Ensure my Business is CCPA Compliant?

As the concept of privacy is evolving, businesses will have to keep up and comply with the new regulations which intend to keep the internet a safer place for people of all ages.

As a business, if you’re collecting any personal information on your users, find out where they’re coming from and what laws apply in their state. For the CCPA, you’ll need to update your website with options that give customers the ability to opt-out, and additional controls on how their information is sold.

You would be required to display clear messaging on the website stating what, when, how, and why you collect customer’s information. Once CCPA comes into effect, any business that collects personal information about consumers should reveal:

What Does the CCPA Mean for Online Security?

Although businesses are not required to report breaches under AB 375, the best course of action for ensuring optimal security is to take steps to secure your digital existence. For an organization that already complies with GDPR, there’s no need to take further action to comply with AB 375 in terms of securing data. 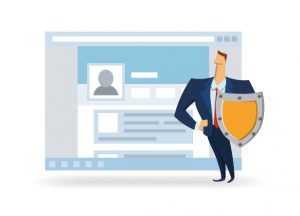 As the act has moved up from just being a proposed bill to now getting signed into law, the question on every customer and online businesses’ mind is whether this would apply to the rest of the U.S. in the near future.

Social Media Giants and their Response

However, Jacob Snow, a technology and civil liberties attorney for the ACLU of Northern California, has doubted that Facebook’s exemption argument is valid. He said:

“When a website delivers massive volumes of personal information to Facebook, that’s a sale under the CCPA. Facebook’s plans to disregard the law is but another example demonstrating that industry will do anything to protect their bottom line at the expense of Californians’ rights.”

With fines of up to a staggering $7,500/user per intentional violation of the new Californian law, I’d say Facebook needs to watch out. It’s only in Facebook’s benefit that the company ensures its data-protection practices are up-to-date.

The last thing Facebook wants is to risk seeing its privacy bill grow even bigger than before when the social media has already been slapped by the FTC for a $5billion fine. On the other hand, Twitter has vowed to make global privacy changes to comply with CCPA in 2020.

Impact on ISPs and Telecom Industry

Internet Service Providers like Comcast and Verizon will have no other option but to comply with the new rules and regulations according to the CCPA and eventually for different U.S. states.

We’re witnessing a time where internet privacy is under threat and eroding daily. New acts such as the GDPR, Net Neutrality, and the CCPA could bring back the days of the internet where privacy was a thing.

While companies have less time to prepare for the new regulation, it seems that California is trying to build a structure where internet users might actually end up getting paid for sharing their personal information/data.

Though it’s unclear how the law will eventually be executed and implemented, one thing that you can control for now is – the security of your personal information. Either go incognito or stay off the radar with PureVPN.

CCPAGDPRnet neutrality
Ather Owais Ather Owais is a tech and cybersecurity enthusiast. He is a strong advocate for online privacy and security, following technological trends and their impact on today's digital era.