The End of Net Neutrality and the Beginning of a Dark Future.

Humanity just took a U-Turn and abolished almost all of the freedom that internet users had until now. In a recent Voting, the FCC voted to repeal net neutrality law. Now, the internet as we have become so used to will take a shift toward something that may not be as beneficial.

See this video to know the basics of net neutrality and how it can affect every user.

Now that net neutrality has been repealed, every internet user in the US will get affected! In 2015, under the Obama presidency, a lot of freedom was given to users in choosing their package and ISP. The latest move by Ajit Pai, FCC Chairman, puts an end to almost all the liberty which was given to internet users by President Obama.

Without net neutrality, ISPs will decide which websites should load instantly, and which one should take ages. Naturally, the content which matches with the ISP’s agenda, or is produced by entities that are owned by a certain ISP will be favored. Meanwhile, content produced by competitors, or by small companies, may never make it to a user’s screen.

This brings us to ask some serious questions. For instance, the most asked question is, who should control what information appears on screens? Common rights, such as free speech, access to innovative processes, and an unrestricted internet usage is all that made net neutrality a public beloved.

Without net neutrality, the service providers would have more control. They could cap internet use, and even overcharge certain users, which may turn the once-free public utility into a luxury, only for the riches.

With net neutrality, ISPs had minimal control over what passed through their infrastructure, thereby giving users more autonomy. Despite measures to prevent unlawful activities, ISPs such as AT&T and Comcast were powerless when it came to moderating usage at the user-end.

Many companies are now worth billions of dollars only because of a free and open internet. Net neutrality treated individuals, small businesses and large businesses alike, creating equal opportunities for everyone.

People from around the world can practice freedom of speech by sharing their opinions through social platforms, blogs, websites, and other platforms. However now, if someones opinion goes against that of an ISP, they can exercise their control and totally block such opinions from surfacing or trending on the internet.

With the freedom of sharing and receiving almost any information online, Net Neutrality provides internet users with an ideal online experience. What this means is that while you enjoy making use of what the internet has to offer, illegal activities are still prohibited.

Previously, ISPs were like utility providers. Users were be charged a standard rate for the type of internet bandwidth they subscribed for. This meant that everyone had to pay the least amount, even if their usage was heavy.

The internet was not designed with the intention of streaming or making use of massive volumes of data. The idea of streaming came later on when the internet started becoming a part of daily life.

Today, there are dozens of real-time video call apps that connect people from around the world. Additionally, streaming services like Netflix, YouTube, Vimeo, etc. provide HD content which utilizes increased volumes of bandwidth without charging the user according to the bandwidth consumed.

The truth is that every internet user has varying internet needs, and they consume internet bandwidth based on those needs. If Net Neutrality is removed, internet users who consume high volumes of data will be asked to pay more.

However, this increased income could then be used to improve existing groundwork and also to establish fiber networks that will enhance the overall infrastructure and provide internet access to many more communities.

It’s important to understand that your ISP is the primary source of your internet. If you wish to stream Netflix, Hulu, etc. online, then your ISP may fluctuate your internet connection. Here’s why: your ISP may slow down your speed as it may be getting a better cut from the competing service.

For example: Netflix may pay a royalty to your ISP for providing smooth internet speeds for better streaming. As a result, your ISP may slow down streaming on Hulu and other rival streaming services.

You will find almost every sort of material on the web, and some may be offensive. Net Neutrality doesn’t discriminate nor impose strict laws against some forms of content. You can come across a person’s own religious belief to explicit videos which are not appropriate for children.

While you can get a hold of tools and report the content, Net Neutrality makes this content accessible to you right on your devices without filtering it out.

The internet has slowly become a utility that has attracted a lot of profits, allowing internet service providers to expand their infrastructure. However, without Net Neutrality, an ISP can charge whatever price they wish and limit access to whomever they want.

Businesses consume a lot of internet bandwidth and ISPs might start charging more to companies as compared to an average internet user. This may also result in complimentary site giveaways to corporations, for example, if your ISP is Comsat and you’ve taken a massive usage plan, Comsat may allow you to make use of Facebook for free.

However, these very charges will then be passed on to other customers which may lead to an increase in the subscription plan for numerous streaming channels like Netflix, Hulu, etc.

With Net Neutrality rules repealed, what’s life on the web like?

Now that the FCC has voted to undo rules regulating the companies that provide consumers the internet which is an essential part of daily life, those very broadband companies now have the authority to possibly restyle Americans’ online experiences.

While it will take weeks for the repeal to go into full effect, consumers might hardly see any significant changes right away. Having said that, there’s a twist. The political front, Congress might see freedom fighters wanting to reestablish the rules, and several Democratic state attorneys general, including Eric T. Schneiderman of New York, said they would file a suit to stop the change.

Nonetheless, net neutrality will have adverse effects on the American people who might have to pay more to exercise their internet freedom. Strange, right? Well, be prepared for it. Expect ISP throttling – slowing down of your streaming and internet speeds, inactivity, bandwidth limitations amongst many other significant changes.

While it’s no doubt that Ajit Pai has said that nothing will change on the web as you still get to ‘gram your food’ and post selfies, etc. we all know it’s far-fetched reality. As internet users, you must gear up and expect momentous changes to your broadband connection.

net neutrality
Ather Owais Ather Owais is a tech and cybersecurity enthusiast. He is a strong advocate for online privacy and security, following technological trends and their impact on today's digital era. 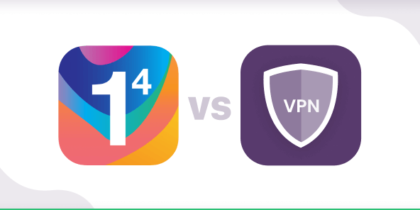 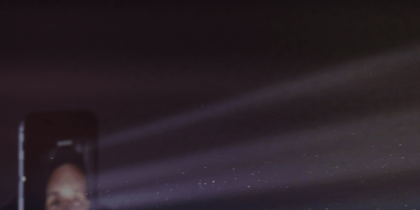