Google Chromecast is one of the best devices to wirelessly stream content from your laptop, smartphone, or tablet to your TV rather than looking for Chromecast Alternatives. It can be used to stream movies and TV shows on the big screen at home, give a presentation at work and even display videos in the classroom. The possibilities are literally endless.

However, if you don’t want to solely rely on a Chromecast for your wireless streaming needs, now might be the best time to invest in another media player. While there are many Chromecast alternatives, choosing the right one can be a tricky endeavor.

Don’t worry, though. We’ve done the research and leg work for you and listed below the best alternatives to Chromecast:

Top 17 Chromecast Alternatives That You Should Try

First on our list is none other than the Amazon Fire TV Stick 4K, which makes an excellent fit for your home entertainment. It offers great value for money and supports viewing in 4K, UHD, HDR, and Dolby Vision. There are thousands of apps, including Netflix, Amazon Prime, YouTube, and Hotstar to watch movies and TV shows on your TV.  You also get a remote control with Alexa that allows you to search for, play, and control your favorite content.

Roku Streaming Stick+ lets you stream in HD, 4K, and HDR to your TV. Like the Amazon Fire TV Stick 4K, it also comes with a remote control that you can use with voice commands. The interface is easy to navigate and you have tons of free and paid content available across thousands of different channels in the Roku Channel Store. However, casting isn’t as straightforward as with the Chromecast, so you’ll be disappointed on this front.

Apple is renowned for its premium tech products, and the Apple TV 4K is no different either. The tvOS offers super-easy navigation and supports all of the popular entertainment apps, including Hulu, Netflix, Amazon Prime, and its own streaming service Apple TV+. You can stream the content you want in 4K, HDR, and Dolby Vision. The Apple TV 4K is available in 32GB and 64GB configurations with no expandable storage.

The NVIDIA SHIELD TV provides the best Android TV experience. You can enjoy Google’s apps and services for TV from the Play Store along with Nvidia’s own gaming-oriented services. It supports both HDR and 4K content as well as Atmos and Dolby Vision where available. Bluetooth accessories work flawlessly and there’s even a remote with remappable buttons and intelligent backlighting. However, you’ll have to make use of the microSD slot as it only comes with 8GB of storage.

The Amazon Fire TV cube is an Alexa-powered streaming media player that does more than its predecessor. You can control not only your TV but as well as other devices (like soundbars, A/V receivers, and cable boxes) connected to it using just your voice. Heck, you’ll barely have to use the remote control as there is a list of voice commands that enable you to do just about anything from shutting down your TV to opening a particular streaming service.

If you already own a Samsung device, the Samsung AllShare Cast can be a worthy investment. It’s a dongle that lets you stream content like movies and TV shows from compatible tablets and handsets to your TV via Wi-Fi. However, the downside is that it only works with Samsung devices.

The Xiaomi Mi Box S is a TV box that delivers the complete Android TV experience. It streams content in 4K HDR, and you get crisp, three-dimensional surround sound with Dolby and DTS. There’s Chromecast built-in and the remote control has a dedicated button for Google Assistant, which allows you to launch your favorite movies and TV shows via voice commands.

The Airtame is a wireless HDMI display adapter designed for educational and enterprise use. If you want to mirror the screen of any device you own or need cloud-based device management, you’ll find this product useful. There are many operating systems supported by Airtame, including Linux, Windows, Mac, Android, and iOS.

AllCast is the perfect Chromecast alternative for those who don’t want to spend money on a dongle. It’s an app that lets you stream photos, music, and videos from Android and iOS phones on your TV. You can even connect to devices like Apple TV, Xbox, and Roku.

If you’re a programming geek, PiCast might interest you. Basically, it turns your Raspberry Pi computer into a Chromecast-like device, but needs a little more work to use. Once set up properly, you can send the content you’re viewing online to your Raspberry Pi device via PiCast. The solution is open-source, so expect its functionality to increase as times goes by.

The TiVo Stream 4K is an Android-TV streaming media player that brings content together from all the popular streaming services (like Netflix, HBO Max, and Amazon Prime Video) to create a one-app experience. It supports voice control using Google Assistant and has Chromecast built-in so that you can cast music, photos, and videos from your mobile device to your TV screen.

If you’ve (legally) downloaded a movie or TV show on your laptop and want to watch it on your big screen wirelessly, TeeWe is a great Chromecast alternative to consider. The setup process is pretty similar to Chromecast, and once completed, you can stream local and online content from any device to your TV in HD quality.

A free 4K-capable streaming box for Xfinity Internet users, Xfinity Flex gives you access to thousands of on-demand movies and TV shows and hundreds of live channels. It supports casting Netflix, YouTube, and Spotify from your phone to your TV. The downside of it being free is that you’ll have to put up with commercials.

The NOW TV Smart Stick is a portable dongle that connects to your TV’s HDMI port and lets you enjoy your NOW subscription on your big screen in HD. You can access other streaming apps like YouTube, Disney Plus, RTE Player, and Netflix as well. There’s also a remote that allows you to find your favorite movies and TV shows using your voice.

Another great alternative to Chromecast is the iPazzPort Cast, which lets you stream both online and offline content from your phone to your TV in 1080p. The HDMI dongle connects directly to your handheld device via Wi-Fi and has support for Miracast, AirPlay, and DLNA.

Suitable for educational, business, and home use, TV Buddy Caster lets you mirror content like music, videos, and more from computers, smartphones, and tablets to your TV screen in HD quality. Like iPazzPort Cast, you don’t need to install any additional software to use it.

The IOGEAR GWAVRC is a screen sharing receiver developed for education and business use. It lets you cast audio and video content to an HDTV or HD projector in 1080p from your Windows PC or Android-powered devices without the hassle of cables.

Is Google Chromecast Worth It?

Yes, the device is worth checking out if you want to turn your ordinary TV into a smart TV or cast content from your mobile phone to your TV.

What is the Best Alternative to Chromecast?

While Chromecast is useful, there are times where you could encounter issues while using it. Sometimes you might have a hard time getting your hands on one, too. In this scenario, your best bet is to opt for a good Chromecast alternative, all of which have been covered in our list above.

Cast Content to Your TV with These Chromecast Alternatives

Are there any other alternatives to Chromecast that should be included? Let us know your suggestions in the comments section below! 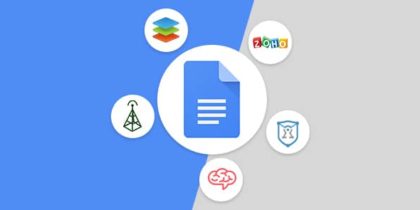 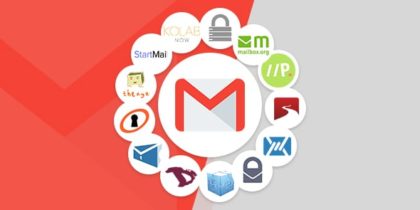