CybersecurityIPv4 vs IPv6: What’s The Difference Between Them?

IP addresses enable computers and other devices to identify and communicate with one another. Without them, the Internet would cease to exist, as data wouldn’t know where to travel. 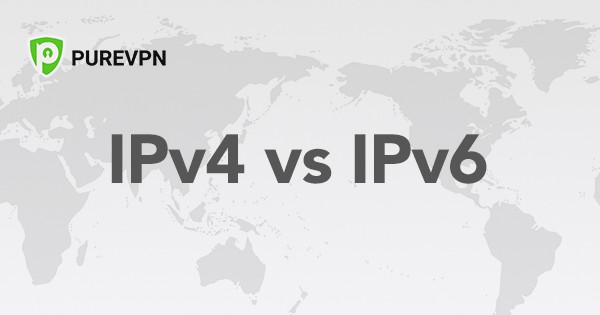 In this article, we’ll go over the differences between Ipv4 and IPv6 protocols as well as how you can keep yourself safe online.

What is an IP Address?

Before we dive in, let’s revisit what an IP address actually is.

To put it simply, an Internet Protocol address is a series of letters or numbers assigned to every device connected to the Internet.

While the number and street of your home is used to deliver your packages, your IP address is used to transfer packets of requested data.

All websites have an IP address – we just don’t have to remember them anymore.  Back in the day, it was essential to know the IP address of a website to navigate it.

But then the Domain Name System (DNS) came into being, which basically links domain names to websites’ IP addresses.

So, when you type www.facebook.com into your web browser, what the DNS servers do is translate that to 31.13.71.36.

This allows us to browse the Internet more conveniently, because it’s a heck of a lot easier to remember the name of a website rather than its IP address.

What is IPv6? & Is it the future of the Internet?

In addition to increasing the number of available IP addresses, IPv6 also addresses many shortcomings in IPv4, with security being one of the most important (we’ll delve into this later on).

For these reasons and more, it’s safe to say that the Internet’s future depends on the successful global adoption of IPv6.

IPv4 vs. IPv6 – An Overview of the Differences

Difference Between IPv4 and IPv6

The emergence of IPv6 not only satisfies the demand for more IP addresses, but also brings additional functionality. For instance, IPv6 has support for multicast addressing which saves network bandwidth by enabling high-bandwidth packet flows to be sent to numerous destinations at the same time.

There’s also another feature known as auto configuration that allows a device to automatically generate a global IPv6 address upon connecting to the network, eliminating the need for DHCP or manual configuration.

Furthermore, IPv6 also makes it possible for devices to stay connected to various networks simultaneously. The configuration and interoperability capabilities permit multiple IP addresses to be assigned to each device. 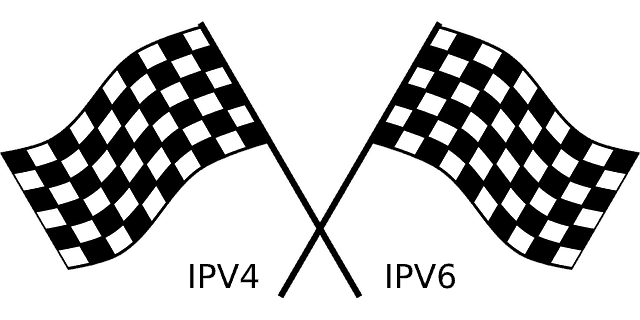 So, how do IPv6 and IPv4 fare against each other in terms of speed?

A series of tests conducted by Sucuri revealed that both IPv4 and IPv6 deliver the same speed when it comes to direct connections. However, IPv4 did win one test.

Without Network Address Translation (NAT) in the picture, browsing with IPv6 should theoretically be a bit faster. Since it has larger packets, though, users might get to experience slower speeds in some instances. What makes all the difference is that IPv6 networks are less mature than IPv4 networks.

IPv6 will become faster, but it’s going to take time and fine-tuning. 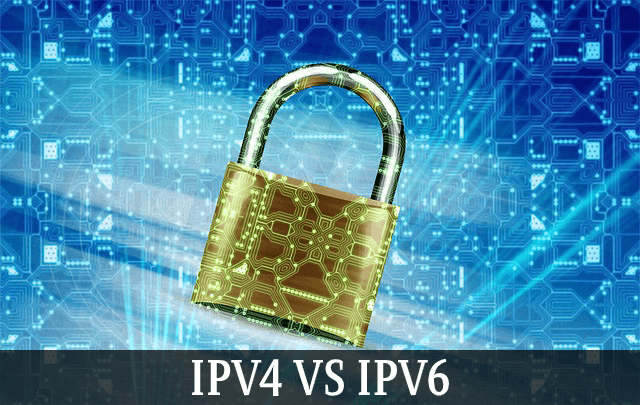 Now, let’s take a look at how IPv6 and IPv4 compare in terms of security.

IPv6 can run end-to-end encryption (E2EE), which means its widespread implementation will make it considerably difficult for hackers to perform man-in-the-middle (MITM) attacks.

IPv6 also offers two security headers that can be used in conjunction or separately, namely the Encapsulating Security Payload (ESP) and Authentication Header (AH), courtesy of native IPSec. IPv4 can enjoy the same protection as well if IPSec is implemented by ISPs.

IPv4 has seen significant updates across the years, so there isn’t a huge difference between IPv6 and IPv4 security.

The same IPSec developed for IPv6 is available for IPv4 too, but it comes down to whether ISPs and end users adopt and use it.

As a result, if you opt to use an IPv4 network that is properly configured and utilizes strong encryption protocols, it can be secure as an IPv6 network.

When will IPv6 replace IPv4?

The thing about legacy technologies like the IPv4 network is that it can take a long time to die off, as switching to something new is not as fast as many supporters would believe.  In a few years’ time, we will be seeing a lot more people migrating to IPv6, but the progress still will be slow and gradual. For now, only 24 countries in the world are using IPv6.

The future of IPv6 adoption mainly depends on how many mobile carriers and ISPs as well as data centers, large enterprises, and cloud providers are willing to migrate.

Since IPv4 and IPv6 can run on parallel networks, there are no major incentives for ISPs and other entities to leave IPv4 and move on to IPv6 options, particularly because it costs a significant amount of money and time to upgrade.

However, despite that, the digital world is gradually moving away from IPv4 and transitioning to IPv6. As of now, 49 countries are using IPv6 and considering the advantages IPv6 brings to the table, this number will only increase with time.

How Many IPv4 vs IPv6 Addresses Are There?

IPv4 supports a theoretical maximum of around 4.3 billion IP addresses and that was sufficient in the 1980s. However, as the Internet went global, we have quickly exhausted the supply of IPv4 addresses.

Today’s era of Internet of Things (IoT) devices and smartphones only sped up the process. After all, the Internet has been running out of IPv4 addresses as early as the 1990s.

That’s a staggering figure, meaning we won’t have to worry about the depletion of IPv6 addresses any time soon.

Why is it important to protect your IP address?

If your IP address is exposed, you can fall victim to a myriad of security/privacy issues, such as packet sniffing and surveillance (which is a human rights violation, according to the U.N. but a matter still not taken very seriously).

Hackers can gain the ability of monitoring your activity on your IP address by packet sniffing, so that they can gain access to sensitive information, like your online banking activity.

Meanwhile, local ISPs, government agencies, and various online services/products can spy on your web traffic. In fact, some websites even discriminate against your location displayed by your IP address.

As a result, they may impose geographical and content limitations. In some circumstances, they may even resort to blocking your access to the site completely.

This is why it is imperative to use an online privacy/security tool like a Virtual Private Network (VPN) to cloak your IP address and encrypt all incoming and outgoing traffic from your network.

By shifting your location and assigning you a different IP address, you instantly gain protection from any sort of online threats.

The following are some commonly asked questions about IPv4 vs IPv6:

Should we enable IPv6?

There is no doubt that IPv6 is the future of the internet, and enabling it should be a no-brainer. However, in order to do that, you need to have an IPv6-compatible operating system, a router that offers IPv6 support, and an ISP that has IPv6 enabled.

Can IPv4 and IPv6 run at the same time?

Some ISPs employ a technique known as Dual Stack to pair both IPv4 and IPv6 to run simultaneously, utilizing both their connectivity capabilities, and processing IPv4 and IPv6 traffic simultaneously. However, this may still result in network interruptions, which are yet to be fixed.

What Happened to IPv5?

IPv5, or Internet Protocol version 5, never saw the light of the day as it used 32-bit addressing just like IPv4. By 2011, we were already running out of IPv4 addresses and since IPv5 would eventually suffer from the same limitation, it was abandoned and replaced by IPv6 instead.

Got any questions about IPv4 or IPv6 addresses? Feel free to use the comments section below and we’ll get back to you!