Learn How to Prevent ARP Spoofing the Best Way

Privacy & SecurityLearn How to Prevent ARP Spoofing the Best Way

Network hacks have become increasingly common at home, college and even corporate networks. It seems like people are getting more and more eager to listen in on the private conversations of others. There could be a dozen of reasons behind online eavesdropping. It could be because of revenge, vandalism, corporate espionage or cyberstalking.

Regardless of the reasons, network sniffing can result in breach of privacy and even millions worth of data loss for corporations. Among many forms of network sniffing, one common and popular method that can be employed even by your next-door neighbor is ARP spoofing. Luckily, there are also ways you can prevent ARP spoofing.

What is ARP Spoofing?

Address Resolution Protocol (ARP) Spoofing is sometimes also known as ARP Poisoning, Man-in-the-Middle Attack, ARP Flooding, etc. For the non-technical, ARP spoofing allows an attacker to associate his MAC address with the victim’s IP address. As a result, whatever traffic is sent from the victim’s end is first sent to the attacker, where he has all the control to modify the traffic, exploit it or stop it.

Basically, when you make a conversation with someone, you can easily identify the other person as you can see him. However, your computer doesn’t come with this human capability and instead it uses the ARP table networking to identify the users.

Consequently, all the traffic will first route through the attacker’s computer to Bob’s computer. You can call this attack, Man-in-the-Middle attack, aka MITM attack. It is important to fend against ARP spoofing because it can violate not just your privacy but also leak sensitive information to the attacker.

In a worst case scenario, the attacker can even launch a Distributed Denial of Service (DDoS) attack, which can result in more damage. In this type of attack, the attacker can spoof different IPs and associate them with the target MAC address. All the fake traffic generated via different IPs will be redirected to the target system resulting in overloading the system and rendering it unable to function properly.

If your network has been compromised by ARP spoofing, there are some methods you can try to prevent further damage or privacy breach.

One of the best ways to protect your computer from ARP spoofing attack is by using a VPN.  A VPN will allow you to do online activities through an encrypted tunnel. Not only is the mode of transmission encrypted but also the data that goes through it.

So, even if your network is compromised by ARP spoofing, your privacy, data or conversation will remain secure because the attacker won’t be able to decrypt the 256-bit encrypted data.

Why PureVPN is the best ARP spoofing prevention solution?

Apart from the basic encryption feature, PureVPN offers 88,000+ anonymous IPs. These IPs originate from different countries around the globe thereby allowing you to mask your real location with a virtual or pseudo location. As a result, you get to browse the Internet in a completely anonymous mode.

The best part of all, PureVPN comes packed with a plethora of advanced security features that ensure highest-level of cybersecurity. For instance, the server-side anti-virus/malware feature keeps your network clean by filtering out malicious elements from breaching your network. Likewise, the cutting-edge intrusion detection and prevention system, custom web filtering and ad blocking gives you complete control on your online security.

If you have any idea of what type of ARP spoofing tool the attacker is using, find a tool that can counter it. Using static ARP is one of the many methods to prevent ARP spoofing attack. However, static ARP can only prevent simple ARP attacks, and cannot be relied upon as a fail safe ARP spoofing defense tool.

Most modern switches come with the built-in ARP spoofing protection feature. You can use these switches to protect your network or computer from ARP spoofing attacks and ensure the protection of your privacy.

As the name suggests, the filter thoroughly examines each and every packet transmitted to and fro on a network. Due to the comprehensive inspection of the packets, the filter is able to block packets that are either from a malicious source or that have IPs with conflicting sources. For instance, the packet filter would sniff out an IP that is from an external network but shows the source as an internal network.

ARP spoofing is just one of the many types of cyber-attacks engineered that compromise the online privacy of users regardless of their social, personal or financial status. Therefore, it is a must for every netizen, in this age, to equip themselves with the right Internet security tools like VPNs, for example, to protect their data against online theft or breaches. 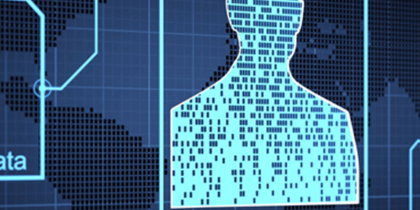 What Your IP Address Reveals About You & Why You Should Mask It? 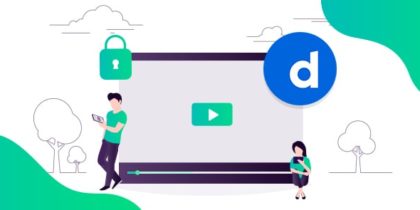 Is Dailymotion Safe To Use and Watch Videos Online?

Best VPN for Multiple Devices: Use Up to 10 Connections at Once