Many people rely on news websites to keep them informed about the latest happenings, both locally and globally. But with most news sources being biased in one way or another, it’s difficult to come across any that are without influence and report the facts accurately. Trust in the media is at an all-time low, and for good reason.

So, are there any unbiased news sources available on the internet? The truth is, there’s no such thing. It’s nearly impossible for human beings to be completely unbiased. Therefore, it’s the audience’s responsibility to use multiple news outlets and read their viewpoints before taking a judgment call. Well, now what? 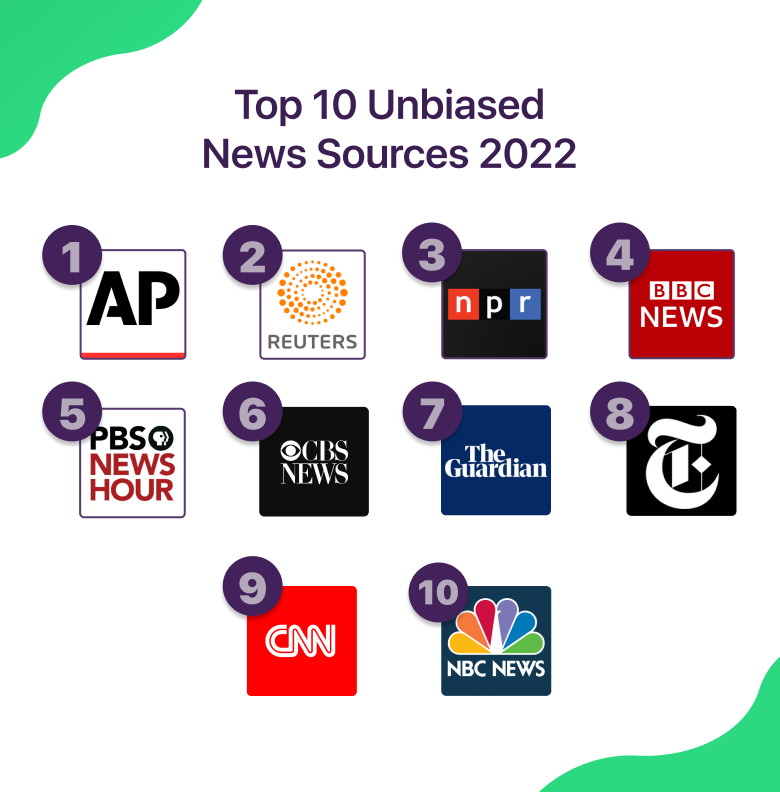 If any of the below-mentioned news sources are not available in your region, use the PureVPN browser extension to access them with just a click.

Though unbiased reporting is challenging even for the most seasoned of journalists, there are some online news sources that have proven to be relatively reliable and informative. We have listed them below in no particular order: 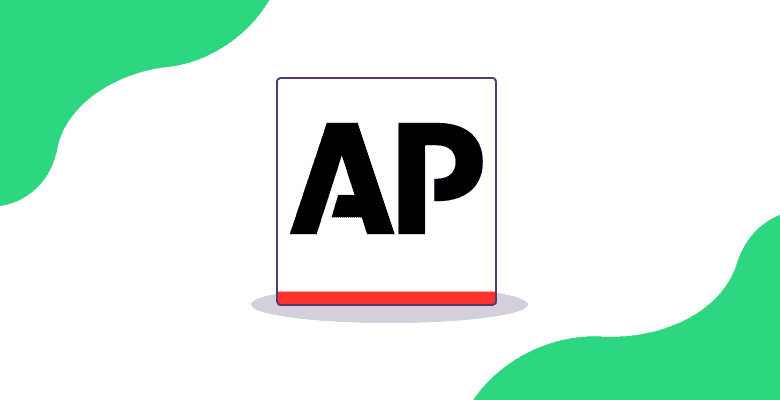 You’ll find the Associated Press in almost every list of unbiased news outlets, and this is no different. The news stories, including the political ones, are covered using neutral and unprovocative language. Their journalists report facts citing authoritative sources, confirming or refuting the claims made by them with evidence.

If you want to get the latest news from across the world, the Top Stories section has got you covered. You can watch news segments in the Video section, whereas the Listen section features broadcasts of AP Radio. 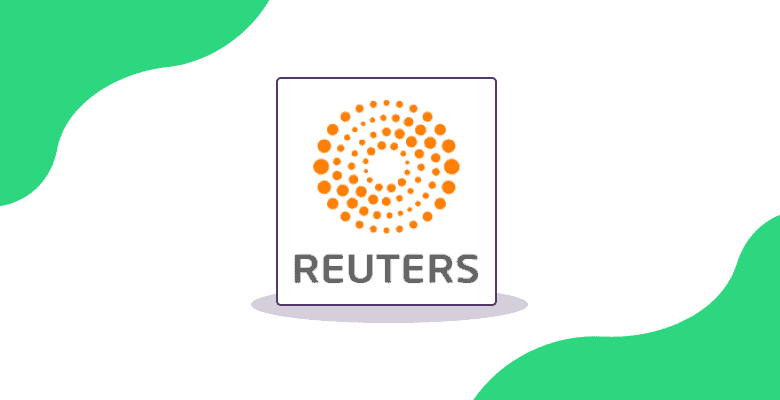 Reuters is another news source that’s unbiased in its news reporting, and you can see why as soon as you visit the site. There are no click-bait article titles and their journalists focus on fact-based coverage of stories and giving you a well-rounded view.

It’s a good source of news for Politics, Business, Lifestyle, Technology, and more. You can watch Reuters’ previous news broadcasts using the Video link in the header and even get stories according to your region in the world. 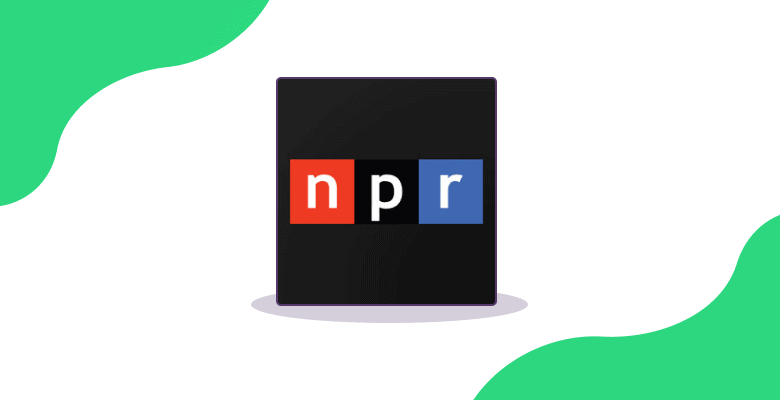 While National Public Radio is usually featured on most lists of the least biased news outlets, it has been accused of left-leaning political bias due to a couple of their journalists. However, most of the others strongly adhere to the fundamentals of journalism, particularly accountability.

In many instances, they’ll even correct stories or try to provide better balance on the stories where they get complaints or criticisms from the audience. There’s a wide range of news content on NRP, which has been divided into categories like Science, Politics, and Race & Culture. It also offers great podcasts and shows as well as a Music section. 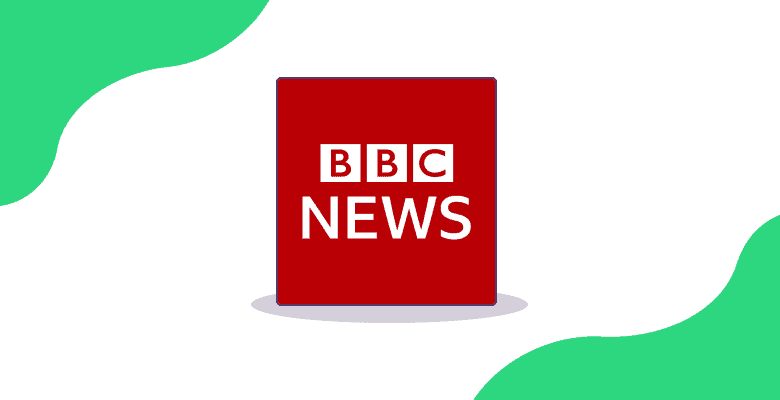 News coverage on BBC is balanced, making it one of the best options for unbiased stories. Headlines avoid favoring one side over another and the content is free from political influence. You have a broad array of news to choose from, including Health, Business, Tech, and Entertainment & Arts.

The Reality Check section is quite interesting and debunks fake news that you may have found on social networks or other news outlets. There’s also a Long Reads section, which offers interesting reads on important issues and happenings. 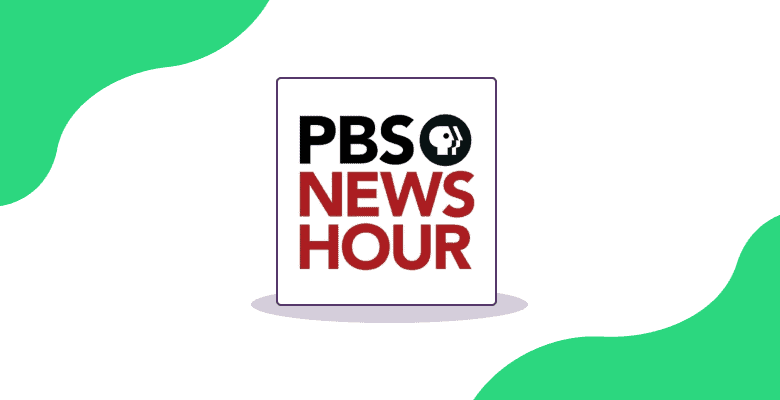 PBS NewsHour is one of the few commercial news sources to avoid instances of inaccuracies and controversies. When it comes to left or right leaning politics, their coverage focuses on both sides of an issue. Quotes from politicians and other significant figures are only included with additional context.

Besides offering daily reports on the day’s important events, PBS NewsHour also has various categories that online readers can delve into. Economy, Politics, Health, Education, Science, World, and Arts are some of them. 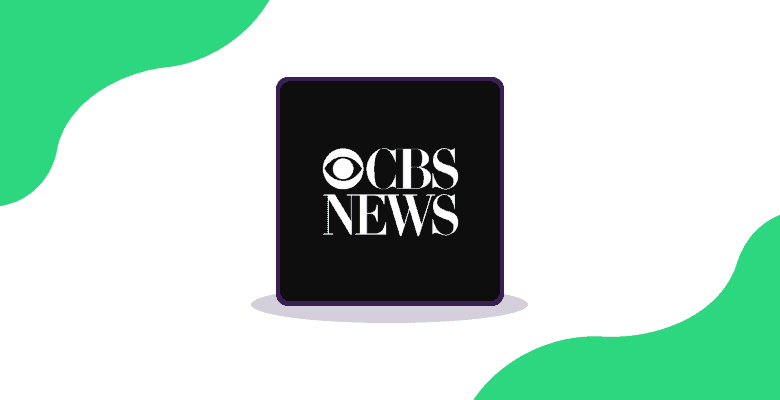 Their journalists use neutral and balanced language when reporting controversial issues and include opinions and context from all sides of the debate. News content is divided into a number of categories like Health, Politics, Sports, Entertainment, and Technology. 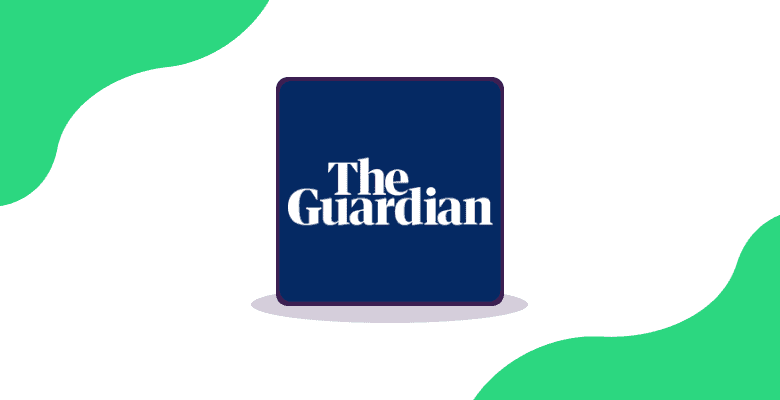 The Guardian is a left-leaning publication and they have stated so in various articles over the years. Though its news stories favor the left, reporting is often based on facts that’s supported with proof or evidence. It has a generally good reputation for journalism, which is why many people in countries like the UK and US rely on the Guardian for their news. 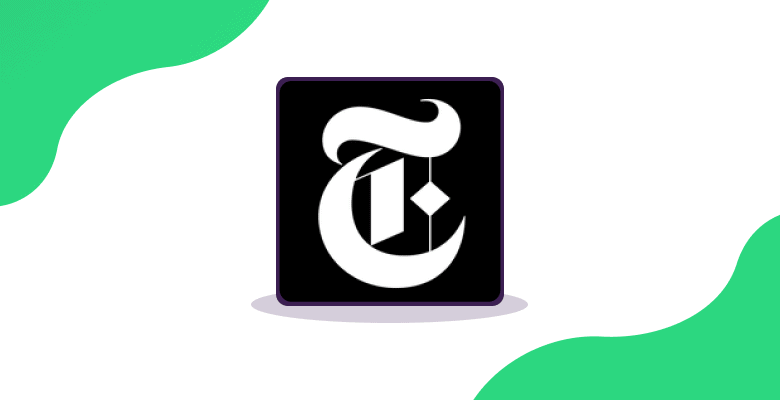 The New York Times is one of the most influential news sources in the US and worldwide. While its news coverage tends to be left leaning, NYT strives to maintain the highest standards of journalistic ethics and principles. That’s why it doesn’t come as a surprise that it has won 125 Pulitzer Prizes, more than any other news outlet. 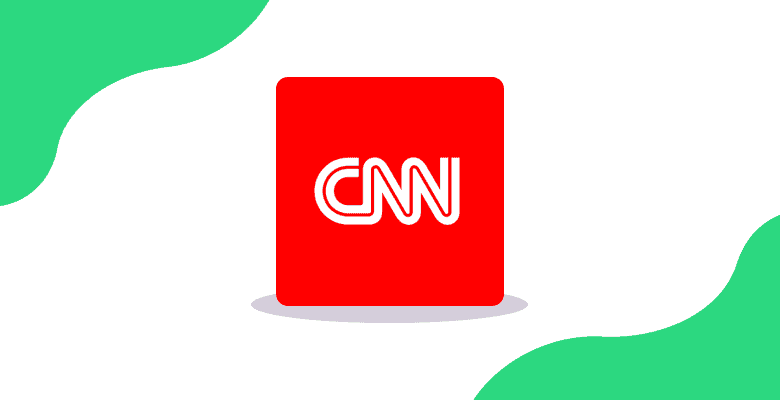 CNN has faced its fair share of controversies over the years, but it continues to be one of the most-watched news outlets in the US. Most of its news favors the left, but their journalists focus on providing reliable and credible reporting. A 2019 survey from Morning Consult and The Hollywood Report indicates that 53% of all adult Americans find CNN trustworthy. 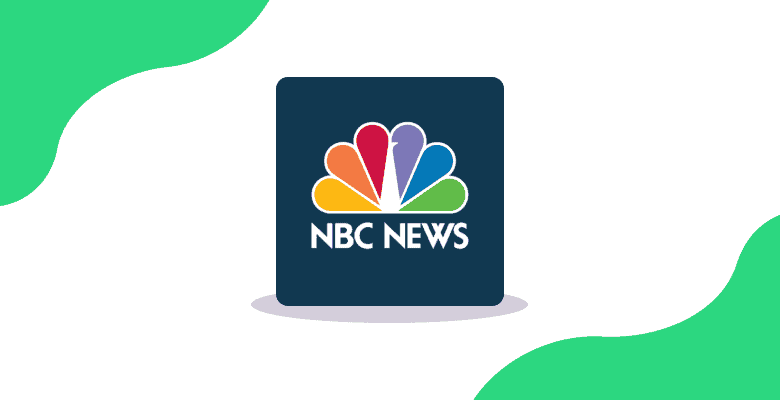 NBC News’ story selection and word choices moderately favor the left. However, it’s considered to be a credible source of news by many Americans. In fact, the news outlet has even fired journalists for ethics violations.

Use the internet without limitations and restrictions. Get a VPN for fast access to all region-locked & blocked websites and platforms.

What Makes a News Source Trustworthy?

If you want to determine whether a news site is least biased, there are a number of factors that must be considered. The most unbiased news sources have the following characteristics:

It’s one thing for a news outlet to say they’re about the facts and another to successfully present the full picture. News sources should deliver the truth to the audience by sharing facts in an accurate and precise context.

What’s fair to you might not be fair to someone else. For news outlets, that means providing balanced coverage and giving equal weight to both sides of any particular issue. An impartial approach is vital because news sources must not manipulate the audience’s understanding of an issue.

News sources need to be accountable for their content. Stay away from those that don’t rectify their mistakes and apologize to the audience for unfair reporting. They’re probably biased and have a hidden agenda.

Did you know that only six corporations own 90% of the news networks in the United States? Back in the day, fifty companies controlled America’s media! Therefore, look for news outlets that are free of influence by corporate or government interests.

Last but not the least, a good news outlet realizes that they have the power to promote positive change in society and act upon it too. Unfortunately, many stories are covered for the purpose of driving traffic rather than informing the audience.

Disclaimer: PureVPN doesn’t endorse or recommend any aforementioned news channels. This blog is strictly for informational purposes, and the inclusion of links doesn’t imply that PureVPN endorses any particular news site. The opinions and views are solely based on a survey and don’t reflect our brand’s perspective.

What Are the Most Biased News Sources?

Here are some of the most biased news outlets that you should avoid:

The Most Popular News Sources in the US 2022

According to traffic estimates from Similarweb, here are some of the most visited news sources in the US:

The Most Popular News Sources in the UK 2022

Similarly, here are some of the most visited news sources in the UK:

The Most Popular News Sources in Australia 2022

Here are some of the most visited news sources in Australia:

The Most Popular News Sources in Canada 2022

Here are some of the most visited news sources in Canada:

The Most Popular News Sources in India 2022

Here are some of the most visited news sources in India:

Who Decides What News Sources Are Unbiased?

While there are some independent news outlets, almost all the major ones have a corporation behind them. In some countries, the state controls the media to push their own agenda. Due to this, it’s not easy to find unbiased news sources on the internet or otherwise.

Ultimately, it’s the audience who decides if a news outlet is unbiased or not. In fact, many survey and research companies routinely ask viewers/readers which networks they find trustworthy and which they feel are biased.

Are There Any Unbiased Newspapers?

When it comes to traditional newspapers, whether online or printed, it can be tough to find companies without a right or left-leaning bias. However, the same can’t be said about special-interest publications and magazines as they usually provide accurate information and contextual analysis on a wide array of topics.

What Are Some Alternative News Sources on the Internet?

Twitter, Instagram, Facebook, and YouTube are some good examples of alternative news sources online. Many independent news creators post their content on these platforms, reaching large audiences. Even though some of them present accurate information and have good intentions, they’re usually biased and want people to hear their point of view.

What are your favorite sources for unbiased news? Let us know your picks in the comments section below!

Unbiased News Sources in 2022
PureVPN PureVPN is a leading VPN service provider that excels in providing easy solutions for online privacy and security. With 6500+ servers in 78+ countries, It helps consumers and businesses in keeping their online identity secured. 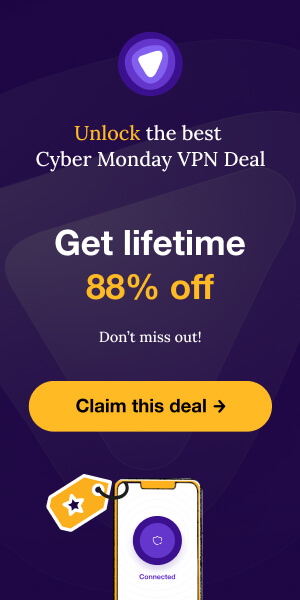 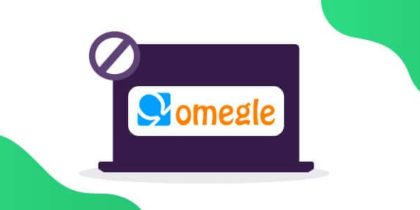 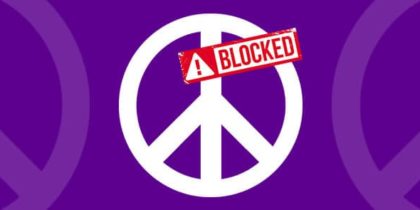 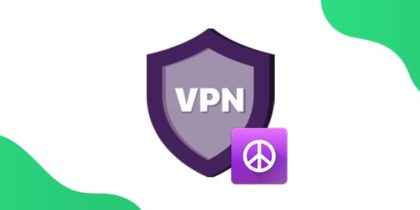