Shockingly, Internet users have no idea about the calamity that has befallen them, had it not been for Edward Snowden revealing the ugly truth in 2013, and the recent WikiLeaks dump, detailing how one government agency went to every length to spy on people in and out of the US.

It is because of these incidents that encryption has become one of the most talked about and emphasized arguments of today. The revelations made by Edward Snowden and WikiLeaks releasing classified documents regarding mass surveillance by government agencies, along with the UK now monitoring users online traffic through regulating ISP’s, has made privacy a valuable commodity.

Moreover, last year the battle between Apple and F.B.I too created widespread awareness and the need for privacy-centric tools to supplement one’s online privacy and security.

Without strong encryption, you will be spied on systematically by lots of people. (Whitfield Diffie)

To understand the full potential of encryption, we must first unearth encryption. Encryption is a process of converting normal readable data into secret or cipher codes that can’t be read by another person or agency. It can be retransformed into a readable format only by obtaining official keys by the appropriate parties or the intended recipient.

Encryption ensures that even if your data lands into the hands of unauthorized third-parties, it is utterly useless for them since they don’t have the official key to decrypt the data. All they would acquire is gibberish data.

The recent advocacy of encrypted messaging apps along with the use of a VPN has made it possible for people to hide their communications from third-party agencies and government surveillance.

These are the following top communication apps that offer best encryption in 2017:

Once a session is established, clients exchange messages that are protected with a message key using AES 256-bit encryption.

It was first available for Android and iOS users. However, with the recent introduction of Signal Chrome Extension, users can now encrypt messages on theirs PCs as well. 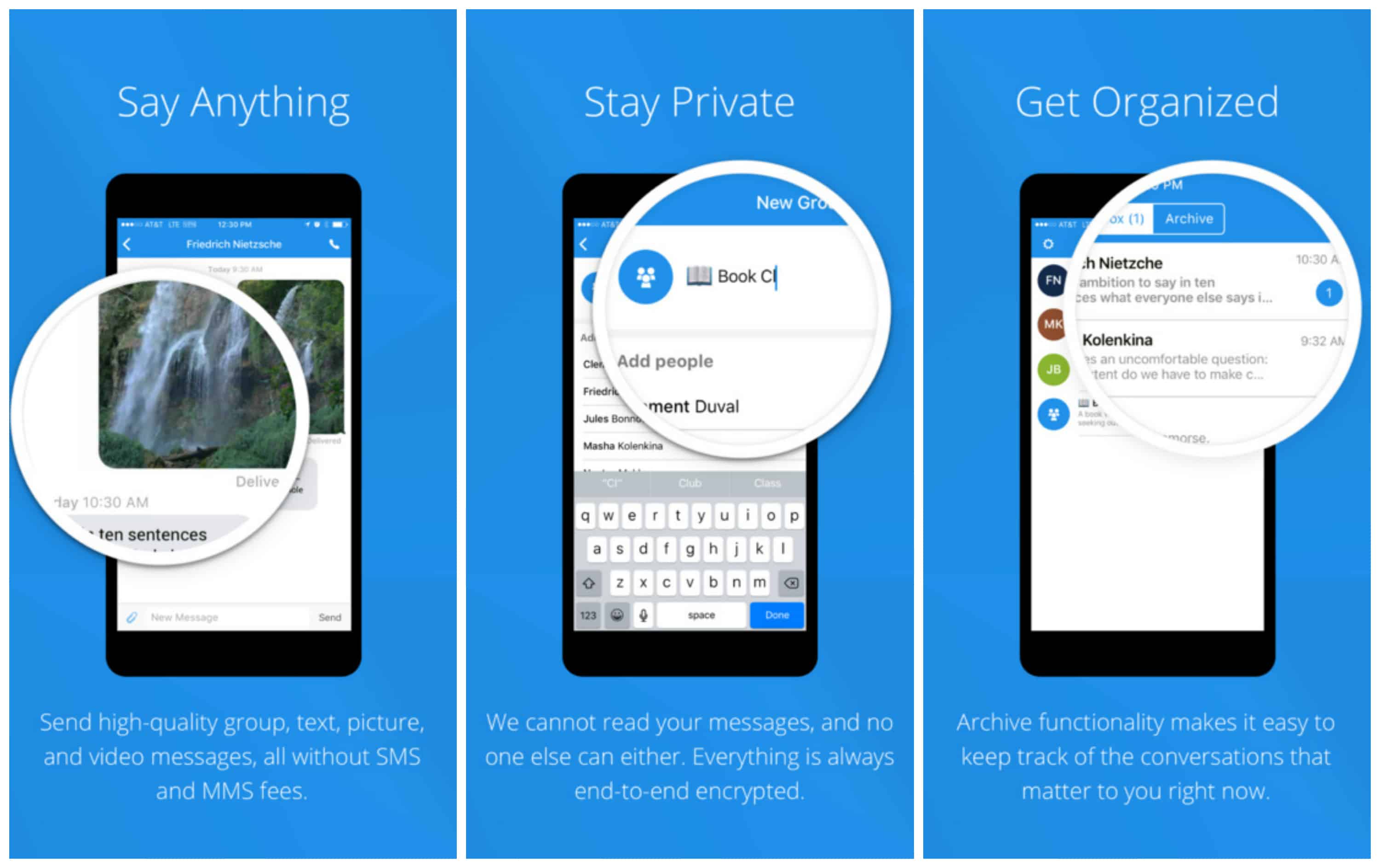 The app gained popularity after it was endorsed by privacy advocates like Edward Snowden and Bruce Schneier.

The app is designed to maintain a secure communications structure altogether. Like WhatsApp, Signal too employs AES 256-bit end-to-end encryption.

Telegram, launched on August 14, 2013, is a free messaging app with an emphasis on speed and security. It delivers and receives messages instantly. The Telegram app can be used on multiple devices at the same time, as the messages are synced across your phones, tablets or computers without any delay.

Dissimilar to WhatsApp, Telegram is a cloud-based messenger with unified continuous sync. This allows users to access their messages from several devices along with the option to store their data in the cloud. 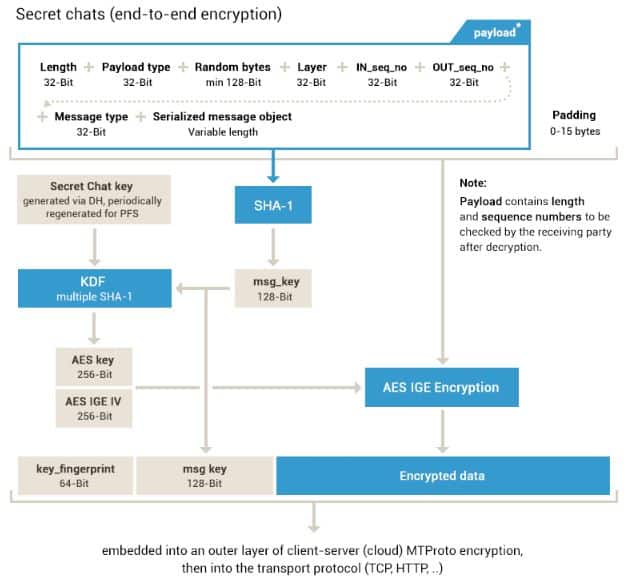 Telegram believes there are two most essential gears of Internet privacy:

Messenger, released in August 2011, is a free messaging platform by Facebook. Messenger allows Facebook users to communicate with their friends both on their mobile device and on the main website.

ChatSecure, released in February 2012, is a free and open-source encrypted chat client for iPhone users. Unfortunately ChatSecure Android is no longer available as the developers of the Android version have not adapted the use of necessary security protocols and are no longer continuing to use the upstream version.

Note: If you’re using ChatSecure on Android, you should consider using WhatsApp, Telegram or Signal.

ChatSecure has been used by foreign individuals, governments, and businesses.

Why You Should Use VPN Along With These Apps?

If you go to a coffee shop or at the airport, and you're using open wireless, I would use a VPN service that you cloud subscribe for 10 bucks a month. Everything is encrypted in an encryption tunnel, so hackers cannot tamper with your connection. Kevin Mitnick

These five apps are the ones you can bet on to offer the best encryption in 2017. It's only wise to use them when connected with a VPN. PureVPN does not only encrypts all of the data but has a bunch of Advanced Features like Antivirus, Antimalware, Ad-blocker and App-Blocker that protects your device and data.

How does VPN Encryption Work?

A VPN employs encryption to strengthen its secure tunnels. This results in the VPN traffic to be end-to-end encrypted, right from the sender and decrypted by the receiver.

Encryption uses secure keys to decrypt a message. Certainly, the sender and receiver must share the common key to decrypt and make sense of the message. Without the encryption key, the data holds no value to a hacker or an intruder who might have obtained it via breaking into the communication channel.

There are several types of VPN encryption, and they come with diverse technologies and features like security, performance, service, protocols and others. The most widely used encryption is:

Advanced Encryption Standards-256 is one of the most secure encryption standards utilized by governments and private institutions around the world for private communications. PureVPN employs strict AES 256-bit military-grade encryption along with other pristine security-centric features.

All of these messaging apps encrypt a user’s data, however, it is highly recommended to use PureVPN along with Apps in order to remain completely anonymous and secure online. Moreover, PureVPN’s Advanced Features such as AntiVirus/Malware, Add-Blocker, App Blocker, malware protection, etc. makes it the ultimate privacy and security tool.

Ather Owais is a tech and cybersecurity enthusiast. He is a strong advocate for online privacy and security, following technological trends and their impact on today's digital era.

What is End to End Encryption?