Debate Against and For Net Neutrality

*** February 23, 2018 Updated: Only 60 days now remain for the final judgement when the FCC would repeal the 2015 Net Neutrality rules that have protected our rights to free and open Internet for many years. Today, the FCC has officially published the final rulings, labelled as Restoring Internet Freedom Order, which although won’t be effective immediately but has given us enough time to make the last stand and fight for the future of the Internet.

With the FCC’s official publication rolled out, we can now expect lawsuits from prominent organizations such as Internet Association, Mozilla and other public groups and states against the repeal. After all, it was pre-decided by the FCC that the lawsuits would be entertained until after 10 days of the official publication.

Let’s wait no further and join hands to fight the Net Neutrality repeal. ***

November 29, 2017 Update: Today, the Federal Communications Commission (FCC), with a vote of 3-2, repealed the Net Neutrality protections that barred ISPs like Comcast, AT&T and Verizon from paid prioritization, blocking, and throttling of all internet traffic.

The internet is a place where everyone expects to enjoy privacy, freedom, and anonymity. Whatever searches we make on a search engine or the web pages we visit every day are personal, and we obviously do not want strangers to start controlling our internet experience. Reclaim your right to online privacy with PureVPN’s 7-day trial in just $0.99.

However, the debate against Net Neutrality would lead exactly to that stage where strangers will be able to monitor our data. Internet speeds will be throttled, websites will be limited or blocked, and the costs of accessing content will soar beyond imagination. 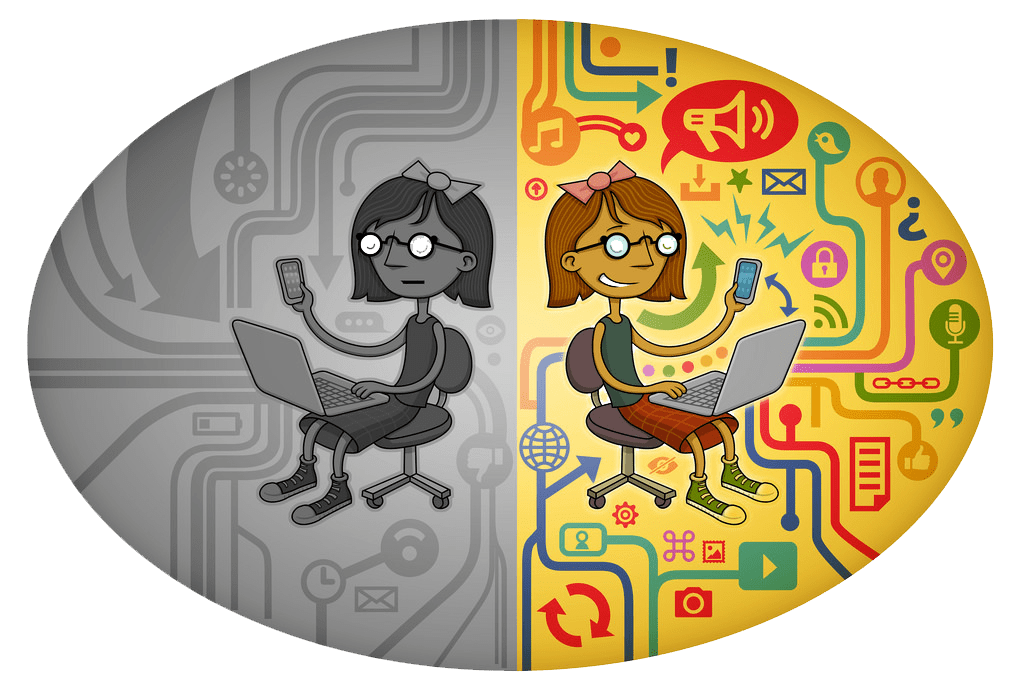 What is Net Neutrality, Exactly?

Net Neutrality, also referred to as the Open Internet, is a principle that prohibits ISPs from speeding up, slowing down, or blocking any content on the internet. Net Neutrality gives users the freedom they want and deserve as they browse through web pages, apps or any other content available on the internet.

The internet has always had Net Neutrality. However, there are some countries that do not support this principle, and ISPs in these countries control the major part of people’s experiences on the internet. Unfortunately, the US also plans to follow in the footsteps of these countries thanks to the new FCC Chairman, Ajit Pai.

Here’s a video to help you better understand Net Neutrality and what it entails:

As we saw during the Broadband crisis, two different sections of people emerged supporting either side of the argument. Some say that the recent Net Neutrality rules are essential to our freedom. Others disagree. For the neutrals, I’ve compiled together arguments against and for Net Neutrality so you may decide for yourself as to who is right and who is wrong.

Arguments Against and For Net Neutrality in 2017

It is a basic human right

Net Neutrality is the guiding principle of the internet. It preserves our right to browse freely and communicate openly over the internet.

Net Neutrality enables and protects free speech. It forces ISPs to provide us with open networks and disallows any discrimination against an application or content which rides over that network. Just as your cellular network shouldn’t decide who you can or cannot call, ISPs shouldn’t interfere with what you can or cannot do on the internet.

Controlling WHO gets access to the internet is fascism. #NetNeutrality is a human right. The internet should be free for all.

Without Net Neutrality, ISPs will be allowed to carve the internet into fast and slow lanes. They can slow down or block any content posted by their rival company or political organization. ISPs can even start charging extra fees from companies to offer preferential treatment, relegating all others to a slower level of service. These actions will surely destroy the open nature of the internet.

The Internet will never be the same without them

The internet would be a completely different place if it weren’t for the Net Neutrality rules. Without Net Neutrality, it will be no different than that crappy cable TV service which shows a limited number of channels, all with bad picture quality.

Unlike the open internet which paved the way for so much innovation, people will be forced to use a closed down network. Only cable and phone companies will have the power to call the shots and decide which websites or applications be given the right to be accessed by their users.

Furthermore, ISPs like AT&T, Verizon and Comcast will be able to decide who is heard and who isn’t. They could block or slow down access to any websites that bad-mouth or compete with their own offerings.

And as if that wasn’t enough, they will be able to split the internet into different packages or bundles, a model which has worked well for cable companies over the years, meaning you will have to pay more to access the sites or services you want.

It is crucial for online social movements

Without Net Neutrality in place, activists won’t be able to raise their voice against oppression. Social movements will easily diminish and people won’t be able to connect with one another as easily as they do now.

The open internet allows people to share their stories and organize themselves for justice. When activists bring out thousands of people at short notice, this is because there is no big brother sitting in the back slowing down or blocking their movements.

Mainstream media usually follows its own interests and instincts, and no longer represent the thoughts of general public. Open and free internet is the only way for people to support and promote a cause, and make sure that it can be shared with the masses.

It is important for small businesses and startups

Net Neutrality is crucial for small businesses and startups that rely on the open internet to launch their businesses, create markets, advertise their products and connect with customers. It further helps in fostering job growth, competition and innovation.

Small businesses cannot thrive in a market regulated by big corporations, the internet needs to be treated as a common carrier, not as a carrier for those who pay most to the Internet Service Providers #NetNeutrality

Net Neutrality lowers the barriers to entry by making sure that the internet remains fair and the playing field level for all competitors. Net Neutrality helps small businesses and entrepreneurs in competing and thriving online.

Today, ISPs are the internet’s gatekeepers, and with no Net Neutrality, they would seize every possible opportunity to profit from that gatekeeping position.

It gives the government more control over the Internet

There are many who argue that if Net Neutrality were to go into effect, then the government would have the right to monitor the broadband connections of cable and telecom companies.

#NetNeutrality is an Obama/Soros scam which gives the government full control of the internet. Liberals say Trump is a dictator but they want him to control the internet? 🤔

Writing in Forbes, entrepreneur Joshua Steimie warns, “Don’t be surprised if that means the government needs to be able to install its own hardware and software at critical points to monitor Internet traffic. Once installed, can we trust this government, or any government, to use that access in a benign fashion?”

It will disrupt growth and investment

The internet today is a free market, and enforcing Net Neutrality would be like the government impeding the freedom of this market. The National Cable & Telecommunications Association, argues that regulating the internet like a utility is dumb. “Imposing regulations designed for century-old utilities will only choke off growth and investment,” the group reasons.

Former FCC Chairman and NCTA president, Michael Powell, agrees with the group saying that if the FCC is given power over the regulating rates for broadband would “fracture confidence that our national broadband policy rests squarely on a light regulatory foundation. Network investment would suffer, and the push to reach more households would slow.”

More than $1 trillion have so far been invested in the Internet since the ’90s, Powell argues, and the federal government has had a very light touch. The internet has also spread to almost 99% of homes in America without the help of the government. If the government impedes now, it will produce harmful consequences.

It wouldn’t have the intended effect

This argument was put forth by David Cohen, Comcast’ EVP at the MoffettNathanson Media and Communications summit in 2014. He stated, “There is nothing in Title II that provides authority for saying that all [Web] services have to be treated the same.”

That is to say even if the internet is treated as a utility like electricity or water, for example, cable companies would still be able to introduce tiered pricing for better internet speeds and service, defeating the very purpose of Net Neutrality.

It would spur more investment in the ISP sector

FCC’s Chairman Pai argues that abolishing Net Neutrality would lead to more investment in the Internet Service Provider sector, allowing these providers to develop and roll out new services. This could translate into more competition, potentially benefiting consumers and increasing the number of Americans with access to the internet.

However, it’s worth noting that with competition among ISPs poor in most locations in the US, it’s very likely consumers won’t have much choice in terms of the ISP they can use and hence they wouldn’t be the biggest beneficiaries of eliminating net neutrality.

Net Neutrality is the key to freedom and fair competition on the internet, and its repeal would not only result in irreparable damage to consumers, but also everyone in almost every industry. The debate against Net Neutrality and for Net Neutrality will continue as time passes, but we just might not have enough time to actually do something about it.

I have an #IMPORTANT task for everyone reading this post!
1) PLEASE post something about #NetNeutrality every single day until the FCC backs down!
2) PLEASE respond to every single post containing misinformation & set the record straight & educate people!
… Save the internet! pic.twitter.com/IfSjDxJY83

Despite the arguments against the principle, I believe that ISPs shouldn’t have the right to decide the websites we can access, what online stores we can shop at, or which streaming services we can use. That is merely my opinion, however. Be sure to voice your thoughts about the Net Neutrality debate in the comments section below and at the respective forums!

Is TikTok Spying On You? ByteDance’s App Caught Tracking Users!