Difference Between PPTP vs L2TP Protocols

Work from HomeDifference Between PPTP vs L2TP Protocols

Learn everything you need to know about these two popular VPN protocols in our PPTP vs L2TP guide.

Nowadays, most of us know about virtual private networks (VPNs). Many businesses use VPNs to stay secure and private while transferring corporate data, or to enable employees to connect to the office servers remotely. Many individuals also utilize VPNs to overcome their country’s restrictive firewalls or to bypass geographical limitations to access their favorite online streaming channels or social media websites.

In this article, we will explore the differences between PPTP VPN & L2TP VPN protocols so that you can decide which one is the better choice for your needs. Note that each protocol has significant advantages and disadvantages – generally related to the level of encryption, device compatibility and their ease of use configuration.

What is PPTP Protocol?

PPTP or Point-to-Point Tunneling Protocol is an outdated method for implementing VPNs. It is developed by Microsoft and the easiest protocol to configure. PPTP VPN has low overhead and that makes it faster than other VPN protocols.

With its use, users can remotely access corporate networks from any Internet Service Provider (ISP) that supports the protocol. PPTP VPN encrypts data using 128-bit encryption which makes it the fastest but the weakest in terms of security.

There are a few advantages of using PPTP as your VPN protocol of choice. These include:

If you’re using a computer running on any version of Microsoft Windows, you’ll be glad to know that PPTP is supported on it by default. This means that configuring a PPTP VPN up won’t take too much of your time or effort.

PPTP is not only cheaper but also quite easy to deploy than L2TP/IPSec and other VPN protocols. That’s because it doesn’t require Public Key Infrastructure (PKI) to run, which uses digital certificates for authentication.

When you use establish a VPN connection, it usually affects your Internet speeds due to the encryption process. However, you don’t have to worry about that when using a PPTP VPN because of its low-level encryption.

While using a PTPP VPN has its advantages, it also comes with certain limitations. These include:

The PPTP protocol is considered to be the least secure as it only uses 128-bit encryption to protect your data. So, if you’re dealing with sensitive information, you’re better off opting for other VPN protocols that offer a considerable level of security.

PPTP isn’t the most reliable VPN protocol when used on unstable connections – you’ll often face performance issues! While it can be an acceptable means of connecting employees and sharing documents, PPTP will let you down if you have a lot of private information that you need to share.

What is L2TP Protocol?

L2TP or Layer 2 Tunneling Protocol (L2TP) is the result of a partnership between Cisco and Microsoft. It was created to provide a more secure VPN protocol than PPTP. L2TP is a tunneling protocol like PPTP that allows users to access the common network remotely.

L2TP VPN is a combined protocol that has all the features of PPTP, but runs over a faster transport protocol (UDP) thus making it more firewall friendly. It encrypts data using 256-bit encryption and therefore uses more CPU resources than PPTP. However, the increased overhead required to manage this security protocol makes it perform slower than PPTP.

There are a few advantages of using L2TP as your VPN protocol of choice. These include:

The L2TP protocol is more secure than PPTP as it doesn’t have any major security vulnerabilities. It uses the IPSec suite to provide end-to-end encryption, data origin authentication, replay protection, as well as data integrity.

Since L2TP doesn’t have any encryption or authentication capabilities (both are key features of VPNs) on its own, IPSec VPN is often paired with it. The framework is also used to provide security for other protocols such as IKEv2.

If you want to setup L2TP on your device, you’ll be able to do so seamlessly as many platforms come with native support for it. However, since L2TP uses digital certificates, you’ll find PPTP much easier to configure than the latter.

Unlike a PPTP VPN, the L2TP protocol is very reliable and doesn’t face any performance issues when used on unstable connections! This makes it a better protocol than PPTP for establishing secure connections to a remote network.

While using a L2TP VPN has its advantages, it also comes with certain limitations. These include:

Since L2TP encapsulates data twice and requires a higher CPU processing, you’ll often experience slow connection speeds. Hence, if speed is more important to you than security, using a PPTP VPN is a better solution.

Both PPTP and L2TP use fixed ports which makes them easier to block using Deep Packet Inspection (DPI) techniques. For this reason, these VPN protocols can easily be detected and blocked by some firewalls.

Since we’re talking about PPTP And L2TP Protocols, let’s take a look at a comparison between the two. So, here’s the differences between PPTP vs. L2TP:

PPTP VPN is easy to setup and use with faster speeds, but can result in a less secure connection. L2TP VPN, on the other hand, has slower speeds, but offers stronger security which makes it a good choice.

difference between pptp and l2tppptp vs l2tp
PureVPN PureVPN is a leading VPN service provider that excels in providing easy solutions for online privacy and security. With 6500+ servers in 78+ countries, It helps consumers and businesses in keeping their online identity secured. 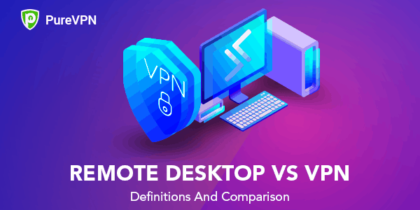 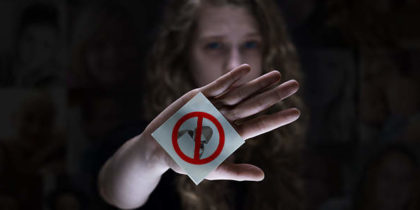