Tor vs VPN vs Proxy – A Quick Guide

Privacy & SecurityTor vs VPN vs Proxy – A Quick Guide

There are many reasons why you may want to use online privacy and anonymity tools like VPNs, proxies, and Tor. From hiding your identity while p2p downloading and gaining access to another country’s Netflix, to browsing the web anonymously and staying safe on public Wi-Fi networks.

However, selecting the right solution for your needs can be confusing, especially if you aren’t much of a “techie”. Though all of these tools change your IP address and allow you to access geo-restricted content, they’re considerably different with the way they function and get things done.

As such, you may be looking for a detailed comparison of Tor vs VPN vs Proxy to learn more about each of these tools and find the right one for you. Well, consider your search over because in this guide, you will learn all there is about Proxy vs VPN vs Tor along with their respective pros and cons.

What is a VPN?

Unlike all the other anonymity tools that have been discussed above, a Virtual Private Network (VPN) provides the highest security level as well as best online privacy (anonymity). When you connect to a VPN, you are first able to mask your real IP and location and show the public server that you are sending the request from a different destination.

How Does a VPN Work?

VPN services have multiple servers throughout the globe. For instance, PureVPN has a pool of around 750+ servers spread across 6 continents. When you connect to a VPN, you will be asked to choose a location. When you connect to the Internet through the VPN, the public server would see the location that you have choose via the VPN, and not yours. As a result, you will be able to hide your real IP.

Apart from masking your real IP, a VPN provides an encrypted tunnel that allows you to keep your data hidden from unwanted eyes. With the data safely encrypted, no one will be able to see your sensitive information online.

Pros and Cons of a VPN

What is a Proxy?

Proxy usually means substitute. So as the meaning suggests, Internet proxy servers allow users to direct their traffic through the assistance of a substitute server. Out of private and public proxies, private ones tend to be more stable and secure.

There are a number of reasons why you would want to do that.

For instance, you want to visit a website which is not accessible in your country or region. To get past such country or ISP imposed restriction, you may want to try proxy. In short, a proxy server would allow you to enjoy anonymity from people spying in on your network to see your activities.

Nevertheless, you can find both free and paid proxy servers on the Internet. However, you can never be sure if the free version can be trusted or not.

How Does a Proxy Work? 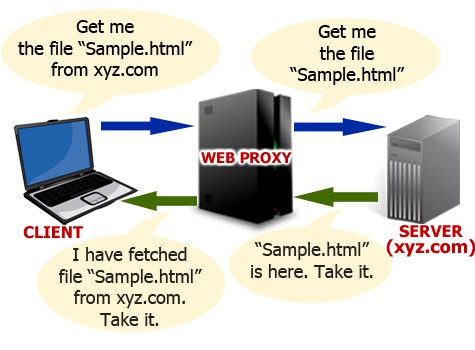 Your ISP is usually the service that lets you connect to the Internet, and without any anonymity tool, the Internet server knows your real IP. However, when you use a proxy service, your requests are first sent to a proxy server that forwards the request on your behalf, ultimately keeping your real IP hidden. You can see the working of a proxy in the above example.

Pros and Cons of a Proxy

Initially released in 2002, Tor offers you a free browser that you can use to conduct anonymous surfing on the Internet. The name was originally derived from the project, The Onion Router. It is the first line of action for most users on the web when it comes to online anonymity.

How Does Tor Work? 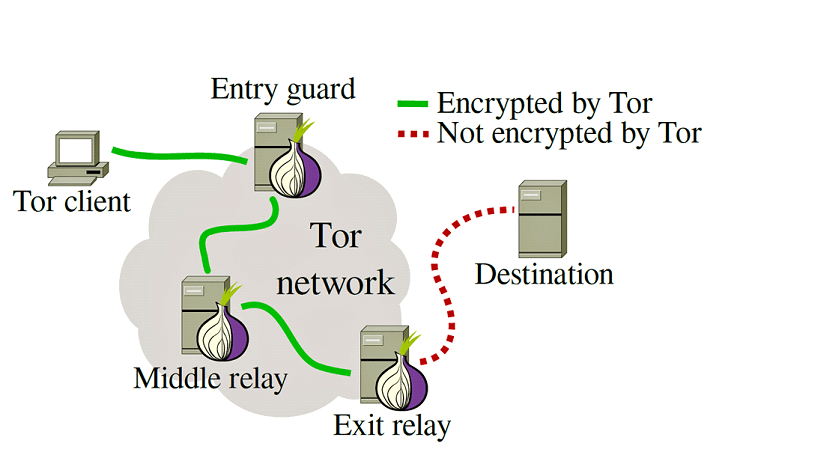 When you use a Tor browser and open a website, your request goes through a network of several relays (computers on the network). While passing through different relays, your traffic is encrypted and re-encrypted continuously until your request is sent to the public Internet where it is decrypted. As a result, your real IP is kept hidden throughout the time you surf the Internet.

Pros and Cons of Tor

Things to Consider When Choosing VPN vs Proxy vs Tor

Now that we are done with the VPN vs. Proxy vs. Tor, let’s take a quick look at some factors that you must assess when choosing the best service:

The following are answers to some of the most frequently asked questions about VPN vs. Proxy vs. Tor:

Is It Safe to Use a VPN?

The primary uses of a VPN include online security and streaming, and both the cases imply that using a VPN is completely safe. Moreover, when it comes to online security alone, there’s no other better option than arming your device with a VPN service.

After all, a VPN is known for encryption as well as anonymity. Hence, the decree is that using a VPN is 100% safe.

Is Tor a VPN or Proxy?

It’s neither of the two. Basically, Tor is a software or web browser that keeps your identity and online activity protected against traffic analysis and surveillance. This is made possible by making identification and routing separate processes.

It implements onion routing, which consists of encrypting and bouncing communications randomly across a distributed network of relays operated by thousands of volunteers around the world.

Many users complain that Tor is slow and offers inconsistent speed, making web browsing a pain in all the wrong places. Well, this can be attributed to the following three reasons:

Is Tor Better Than a VPN?

Not really. While it also comes down to what your needs are, a VPN is better than Tor and we’re going to explain just why.

Tor is mainly used by people who want to achieve extreme anonymity and hide confidential information such as whistleblowers. Therefore, users might be marked for surveillance if they use Tor frequently, even if they’re not doing anything wrong. Then the slow speed is another issue, so it isn’t exactly the best option for streaming or gaming.

A VPN, on the other hand, not only hides your real IP address but also secures your Internet connection with military-grade encryption – making your online activities truly private. Moreover, it’s legal to use in most countries, and has a less impact on your connection speed (sometimes even improving it depending on the proximity of the VPN server).

What is a Double VPN?

Double VPN is the latest entrant in the VPN industry. Basically, it works by re-routing traffic from the initial VPN server to a second one (in another location), re-encrypting already scrambled data in the process. This makes it difficult for third-parties to get their hands on your information and track where your traffic is originating from. While the increased level of security is great, the downside of this feature is a slower connection speed.

Is VPN Over Tor Safe?

In the VPN over Tor method, a user first connects to the VPN, which establishes the secure, encrypted tunnel. The traffic then passes through the Tor network, and after the still encrypted data comes out of the exit node, it’s transferred to the VPN server, before it finally makes it way to the Internet.

This makes you more anonymous online as the VPN provider can’t see your IP address, and also keeps you safe from malicious nodes because the data is still encrypted when it emerges from the exit node of Tor.

Yes, Tor is legal. But given that it’s used for illicit activities by certain individuals, it could land you in trouble or bring your online activities into focus.

Is It Safe to Use Proxy?

Queries like these are quite common search engines. However, the answer depends on the type of need you want a proxy service to cater to. For instance, by safe you mean legality of the use, then yes these services are perfectly legal.

However, if by safe you mean online security of your data or activity via the proxy, then no proxy isn’t safe. After all, proxy services are known for speed and it is possible for proxies to deliver you speed only when there is little or no element of encryption involve.

What about the HTTPS proxy? You may wonder. Well, it is true that to a good extent, HTTPS is safe but as long as it is not spoofed. Truth be told, any hacker can spoof the HTTPS server certificate through a Man in the Middle attack.

Do Proxies Slow Down the Internet?

Usually, speed isn’t the issue with some premium proxy services. However, if you opt for a free or public proxy service, you are most likely to face continuous speed issues. The problem often arises due to servers that are overloaded with users. Apart from that low-bandwidth proxy server is another factor behind a slow connection.

Is It Possible to Use VPN and Proxy Together?

Since proxy services usually lack encryption, people often tend to ask whether a VPN and proxy can work together or not. Although you can use both the services together, it is not actually recommended. The mesh up won’t work mainly because of the clash of a proxy server and a VPN server.

Therefore, it is better to go for a VPN service because it offers both anonymity as well as security.

Yes. Tor is generally safe to use. The tool was created to help users access the Internet anonymously, safely, and freely by anonymizing their traffic and passing it through multiple servers. However, it’s also commonly used to browse the dark web, which can leave you susceptible to attacks from cybercriminals and hackers if you’re not careful.

Does Tor Hide Your IP?

When you connect to the Tor network, your online activities can never be linked back to your actual IP address. This means your ISP won’t be able to tell what you’re doing online, such as the websites you’re vising, apps you’re using, etc.

Though the police can see that you’re using a VPN, they don’t know what type of online activities you’re engaging in behind the tool. That said, law enforcement agencies can be subpoena your private information from your VPN provider. To avoid this, make sure that you only choose an independently audited no-log VPN.

Now that you have the complete picture or to be exact a comparison between VPN, Proxy and Tor, you can now easily settle on an anonymity tool for your needs.

However, make sure that whatever tool you opt for must be able to provide you the best encryption as well as privacy. 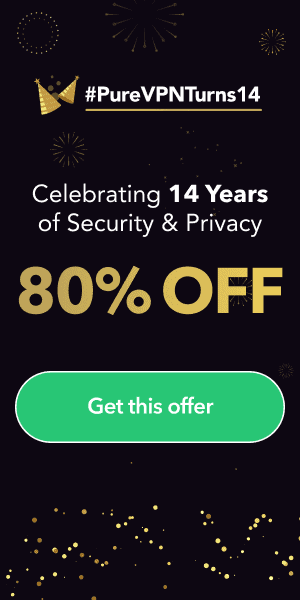