Viber vs WhatsApp: Which One is Better Suited to Your Needs in 2021

In any debate concerning the best VoIP service out there, chances are that it’ll boil down to Viber vs WhatsApp. Both services offer numerous important features in terms of connectivity, ease-of-use, and security. However, there are some important differences between the two apps too in terms of user-interface as well as how you interact with other users on the app.

So, here’s a detailed Viber vs WhatsApp comparison, telling you what to expect from each service, making a case for each of them, as well as highlighting the key differences and similarities between them both.

In this Viber vs WhatsApp lowdown, you’ll see both services have something unique to proffer all its users. However, regardless of which service you opt for, some features are easily available on either of them.

Some of these features include end-to-encryption, voice & video calls, voice & video recording, multimedia & documental transfers, group chats, as well as the support of multiple platforms.

I should state that while both services do offer all these services, there is a certain deviation in quality when it comes to how these services are executed. For instance, the group chat option on WhatsApp and Viber are completely different. While WhatsApp provides ease-of-use, Viber offers an incredible amount of versatility in terms of creating groups, communities, and entire broadcast lists.

At the same time, certain features are available on just one of these apps. This should play an important role for you to decide which service offers a feature that is important to you in your personal or professional life.

As far as Viber is concerned, it does hold a significant edge over WhatsApp when it comes to securing a particular chat. While Viber allows you to hide and individually encrypt each chat via a PIN such a feature is absent from WhatsApp.

Similarly, Viber allows you to make external voice and video calls to landline and mobile numbers. For users that want to streamline their usage, this could be an incredibly helpful feature.

And finally, users can play a variety of games on Viber. These include simple board games such as backgammon, chess, and Ludo. This is an extension of the communities feature of Viber that fills your interactions with friends and other contacts with fun and entertainment.

The Case for Viber

Despite being a bit of a late entrant into the market, Viber has been quick to carve out a market share for itself. One of the primary reasons for its success in such a competitive market is the sheer number of functions it can offer. When it comes to Viber vs WhatsApp, the debate of which is easier to use is endless. However, Viber does have the upper hand when it comes to multifunctionality.

For instance, Viber allows users to carry out multiple types of communications such as in groups, communities, and entire broadcast lists. While WhatsApp can offer all these in one form or another, it is nowhere near as straightforward as Viber. 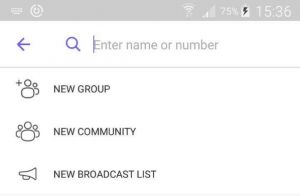 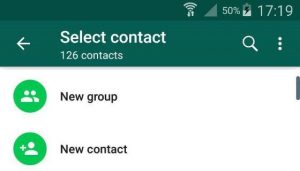 Secondly, Viber is by far the more secure app. Not only can you choose to hide yourself from any of the contacts on your contact list, but you can also secure each individual chat with a PIN. Furthermore, when using the Secret Chat option, you can make sure that the messages you send and receive are deleted within a set time. The messages sent via this chat option can neither be forwarded, copied, or even screenshotted.

Moving on, Viber allows you to make voice and video calls to any of your contacts for free. You might think, “Well, so does WhatsApp”. It does, but Viber takes it one step further. Viber allows you to make similar calls to any landline/mobile number as well using the Viber Out feature. This is much more affordable than regular mobile packages, even with the marginal fee involved.

The Case for WhatsApp

WhatsApp has a strong case to be considered the most widely used VoIP app in the world. Per recent statistics, nearly 1.5 billion people around the world rely on WhatsApp for audio, video, and textual messages. Not only does it make WhatsApp the most popular messaging choice, but it also makes it the most convenient choice.

When compared to Viber, as the earlier comparison showed there are some deficiencies in its offering. However, it makes up for these apparent shortcomings by offering users regular updates as well as numerous other benefits. These benefits include low-data usage, no data usage at all in some regions. While Viber can offer its users more entertainment savvy options, WhatsApp provides a light and efficient option.

Moreover, WhatsApp has positioned itself as an easy-to-use VoIP service that can connect you to most users around the world. It is reflected in the user-interface that has maintained the neat and sleek look since its inceptions.

While Viber may come across as the better option thanks to its better features, it comes at the cost of efficiency as the app has a far less user-friendly interface and takes a toll on your device’s processor over time.

The Need for Additional Protection

As I mentioned earlier, regardless of who you think is the winner in this Viber vs WhatsApp debate, you’ll likely find some important commonalities in them both. While most of these are positive, some of them can be negative too, such as the distinct lack of protection of users’ privacy.

There have been cases where private WhatsApp groups have been fully visible on Google’s SERPs. Similarly, several Viber communities have been compromised as well. The best way to avoid falling prey to similar incidents is by using a reliable VPN that can mask your connection altogether. PureVPN ranks highly as a dependable VPN that offers complete compatibility for all major VoIP apps, including (but of course!) WhatsApp and Viber.

With more than 6500+ servers in 140+ countries, the strongest AES 256-bit encryption, and transparent no-logs policy, PureVPN guarantees you complete privacy while online.

ViberViber vs WhatsAppVoIPWhatsApp
Yasir Nawaz Yasir enjoys reading and writing about the latest developments in the world of AI and cybersecurity. A firm believer in the right to digital privacy for all, he shares his thoughts on issues both controversial and menial. His other interests include chess, reading, and looking to the horizon in his best Luke Skywalker impression.