Catfishing has become a very popular term among Internet users. It is essentially an act where the Internet user pretends to be someone they’re not. The primary motive of this online performance is to communicate with a person and have them believe they are talking to the person they are communicating with. The term was inspired by 2010 documentary “Catfish“. Which also explains why do people catfish? In the film Wesselman posed as an 8-year-old budding artist named Abby and a 19-year-old teenager named Megan, and lured Nev Schulman, a trusting 24-year-old New York City photographer, into a romantic relationship online.

In the film, Schulman’s world comes crashing down when he learns that Megan, the girl of his dreams with whom he’s shared the most intimate fantasies on social media, does not exist. Same misfotunate event happened with University of Notre Dame star football player Manti Te’o who found himself catfished by a man pretending to be this false identity girl, Lennay Kekua.

Catfishing is popular among online daters where the person creates a completely different persona of themselves on social media to lure someone into talking to them and start fake relationships online to scam money from them. It could be a person sitting on their sofa somewhere in their basement in Nebraska while posing to be an appealing model who lives in Miami.

This is possible by browsing through the Internet and getting a hold of someone’s pictures and using it as bait. The malicious actor could dupe you into giving your personal information to them. What’s strange is that you’ll never meet the person who’s catfishing you and yet you might believe and act on their suggestions.

Learn how to become a master of your information privacy.

Catfishing is common in the online dating world where a malicious actor poses as another person who they’re not. You feel like you’re in a relationship but at the end of the day, you’re being fooled by someone who could potentially hurt you.

The person who is catfishing can lure people to come to a place to meet them and could kidnap, or hurt them. Catfishing is a way for sexual predators to communicate with their victims and possibly harm them.

Such sexual predators use a fake identity to interact with teens and others who are vulnerable. This allows them to get close to their victim and build trust with them. Once the victim trusts the predator, they can have the victim share their private details such as phone number, home address, social security number, bank account details, and much more.

excuse me yall,, sorry but someone’s catfishing me on tinder,, im not aisya ok,,i dont use tinder dont fall for this acc pic.twitter.com/e6cLzsabVU

The predator can then use this information to harm the victim. An example of this is the 2007 murder of Carly Ryan.

Here are the warning signs you’re potentially getting catfished:

Remember, if the entire thing seems like a fairytale dream come true, realize that something is shady.

Catfishing and cyberbullying go hand in hand. By impersonating someone else online, you are doing a form of cyberbullying. Since catfishing is an intentional act that could possibly inflict emotional harm on another person, it’s considered cyberbullying.

Teenagers are susceptible to catfishing as they often befriend people they have never met before, but other vulnerable people are equally at risk. This is especially scary for those more inexperienced as teens tend to share way too much personal information, especially their emotions and daily lives, with other people who they’ve never met before. And if you’re feeling emotionally down, this kind of harm has no age minimum or maximum.

A catfisher and a cyberbully will often exploit the emotions of those who are vulnerable online. It’s easy to judge what makes the person sad, depressed, afraid, or lonely as you get them to speak their heart out to you. A catfisher can then attack and inflict harm on you or exploit you out of money or pride.

How to Stay Safe from a Catfisher?

Avoid accepting friend requests and talking to people you’ve never met before, take this as a major red flag. This doesn’t mean you blatantly reject anyone who approaches you. Just make sure that you do your thorough research before getting to share your feelings with the person online. 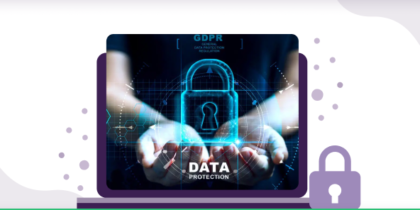