Is My Wifi secure? How to secure WiFi Home Network in simple steps?

Here's a basic checklist that you should follow to secure your wireless network:

For more information, read the detailed guide below about how to secure your WiFi, both when you’re at home and when you’re out and about. To secure your sensitive information and all type of hacking attacks try PureVPN with all its exclusive features for 7 days in $0.99. 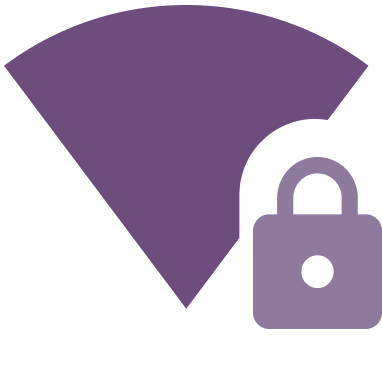 How Secure is Wi-Fi Security?

The WiFi protocol is the most sought after entry-point that cybercriminals use to infiltrate to get access to your online communications, activities, and data. If your WiFi password is easy to guess, it’s also easier for them to get in. Most startlingly, hackers manage to do this without putting a single step inside your home. Weak WiFi protocols and authentication methods (as well as an easy-to-guess password) will likely make it very easy for any threat actor to get into your entire home network without them being physically there.

As technology progresses, our dependency on reliable, secure Wi-Fi wireless networks via a router or any device increases. A secure Wi-Fi connection works by encrypting your internet activities with AES 256-bit encryption. If you add a VPN network on top of your WiFi connection, you are assured complete security and privacy, as data is transmitted via a secure tunnel, thereby keeping you safe.

How Unsecure is a Public WiFi Network?

The answer: pretty unsecure. The sheer scale of public Wi-Fi wireless network coverage should be alarming, especially as they’re set up but not necessarily maintained, and more importantly, the convenience of access to some networks may mean the intention of the network isn’t what it seems. Convenience comes at a price. The same reasons why unsecured Wi-Fi wireless network hotspots are desirable for users is what attracts hackers, as a public Wi-Fi wireless network does not require any authentication or password which creates an opportunity for the hacker to get unrestricted access to your devices. In other words, that Starbucks WiFi SSID you see when you’re in the vicinity of the coffee shop may not necessarily be run by Starbucks. You wouldn’t know this when you connect, though, thinking it looks legit. Many unsecured WiFi networks may not be what they seem, and even some other secured public WiFi networks can be dangerous.

But why should we care? The greatest risk associated with a public Wi-Fi wireless network traffic is the ability of the hacker to position himself between you and the internet access point, kind of like how a wireless router works to connect your laptop to the greater World Wide Web. Once the network is compromised, instead of talking directly with the hotspot (the router, in a normal case), you're sending your personal data to an intermediary device that seems to be innocent and innocuous; truthfully, though, it’s not. All that data is being captured and saved for later, perhaps sent to the black market and sold to the highest bidder. This sounds like the stuff from movies, but it’s a lot more common than we think.

Know What You’re Signing Up For

It goes without saying that you must be familiar with Terms and Conditions. Generally, when you connect to the network Public Wi-Fi, upon logging in, you’ll see a page of T&Cs before you’re granted access to the internet. it’s your responsibility to make sure to read up for your own security and what kind of data they will be collecting regarding your personal information from your internet network session before you access the ‘net, and what they're doing with it. If the WiFi network is still being provided by a reputable source, you still should know what they’re accessing, if anything at all.

Terms and conditions protect the Wi-Fi network provider, so be sure to read them thoroughly; don't just blindly click through on whatever pop-up screens you're presented with when you first log on to the public WiFi network. Always look for the network name no matter which WiFi connection you access. We recommend connecting to networks that are protected with WPA2 or Wireless Protected Access2, which is a secure protocol to ensure your connection is protected from people outside the network. Currently, WPA2 is the strongest wireless protocol.

Be advised that your WiFi network may ask you to do things that any normal human being would consider sketchy: if you’re asked to install any extra software or browser extensions or require access to your phone, don’t walk. Run.

But Public WiFi is Safe with VPN

Wi-Fi networks are delicate in nature. Their purpose isn’t just to transmit the internet network into radio signals but to facilitate communication between many wireless devices connected to the network as a whole. A WiFi network could contain dozens, maybe even hundreds, of devices connecting to it simultaneously. This is a haven for threat actors! The immense flow of data makes these networks a hot target unless you use a VPN on any devices connected to the internet, especially if you’re going to hit a public WiFi hotspot. (But per the previous section, even a VPN won’t protect you if you choose to download an app or browser extension.)

Why You Need a WiFi VPN at Home Too

When you’re serving your own local network, a VPN that’s configured on a router will secure the WiFi connections of all devices that are connected to the router. For example, if you protect your Netgear router with a VPN, any traffic connected to the Netgear router will be protected with the same VPN. Better yet, since many people connect more than 10 devices to a router, a VPN-secured router can truly ensure every single device, from your Nest camera to your laptop to your smartphone to your PS5 are all protected, keeping you absolutely safe from outside attacks or threats to your online security. Sure, if you decide instead to install a VPN on a specific device, only that device gets protected by the VPN’s capabilities. But if you install it on your router, you’ve got the limitless potential to keep yourself completely safe from outside threats. Some people do both. Others get specific to their device. The control is up to you.

PureVPN’s Secure Wi-Fi is for everybody

PureVPN comes equipped with modern security protocols that keep your Wi-Fi connection secure from all external threats to secure your wireless network. PureVPN provides 256-bit bank-grade encryption security that can safeguard your wireless router network from all kinds of hackers, cybercriminals, and even major surveillance agencies, thereby protecting anything and everything you do online, including your real IP address.

PureVPN can also keep your actual location anonymous on the web, making it impossible for anyone to track you down using your router. PureVPN is also a better alternative to access the router remote management features that expose its web browser-based interface on the web. In other words, if you set up a single PureVPN app, you don’t need to access your browser admin to access nuanced port forwarding rules to stream games without issues; PureVPN makes it easy.

How can PureVPN benefit you?

There are a plethora of benefits coming from PureVPN, but most importantly, you get a secure browsing experience. PureVPN provides exceptional online security so that your real identity and your data are secured against trackers, marketing agencies, cybercriminals, and surveillance groups.

• Although a decade old encrypting standard, it’s most famous among the VPN community as it offers supreme confidentiality of your data.

• Split Tunneling- Split your internet-related requests between the VPN server and the internet through split tunneling to make your IP address visible when you need but your VPN address visible just about every other time.

•Secure Remote Access – You can remotely access other devices by connecting to a Wi-Fi network from any corner of the world as long as you’re securely connected to the VPN network.

•Protection against Packet sniffing –With your communications being 100% encrypted, there’s no way hackers or other threat actors will see what you’re doing or saying; all they’ll see is a bunch of gobbledygook.

Use our service to remain protected against IPv6, WebRTC and DNS leaks at all times