What is Split Tunneling VPN?

Split Tunneling does exactly what it stands for: split your internet traffic. With a split tunnel, you have the ability to route internet traffic through the VPN network or through your local network.

Split Tunneling VPN protects the traffic you route through the VPN network, and at the same time, you don’t lose any access to your local network and devices connected to that network. Basically, for services that require your VPN IP, they’ll get it; for services that require your ISP’s IP, you’ll get it too because the traffic will be split. Experience PureVPN on Windows, Android, and Android TV in just $0.99. 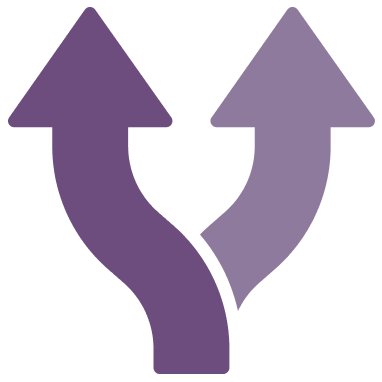 Why do I Need Split Tunneling?

However, with split tunneling, you have the option to choose what traffic/information goes through the VPN network (an encrypted tunnel) and the rest will go through your ISP (not an encrypted tunnel). The option to route your traffic through the VPN connection or your ISP is a blessing especially when you don’t want to access certain websites without any encryption.

Benefits of having split-tunneling:

If you don’t have Split Tunneling enabled:

Is there a risk when using Split Tunneling?

Split Tunneling VPN is a robust feature that provides convenience to your internet activities. There are so many risks associated with split tunneling. However, when a split tunneling VPN is enabled, users bypass PureVPN’s AES 256-bit military-grade encryptionthat’s there to secure your online activities against hackers, cybercriminals, and prying eyes, at least for the services you do NOT want VPN protection on.

If you set up a Split Tunneling VPN to exclude certain traffic from the protection of your VPN connection or VPN tunnel, your internet service provider or a third party could access that traffic. To protect your online activities, use only Split Tunneling VPN connections to protect your IP address when you handle sensitive data, access restricted websites or P2P with Kill switch protection.

How does Split Tunneling works with the PureVPN apps?

It’s easy. Enable the feature in the backend, and specify the apps you want to set up for split tunneling. Then connect to the VPN and you’re in!

Another advantage to using split tunneling is when a user is working on various sites with different functions on both networks throughout the day, split tunneling prevents the user from having to repeatedly connect and disconnect from the VPN.

We use cookies on our website to give you the most relevant experience by remembering your preferences and repeat visits. By clicking “Accept”, you consent to the use of ALL the cookies. However you may visit Cookie Settings to provide a controlled consent.
Cookie settingsACCEPT
Manage consent