How to Watch Disney Plus in Spain

Spain is under a severe lockdown. Stay home and watch Disney Plus in Spain to kill time in an enjoyable way. Try PureVPN and stream without any limits. Here is how. 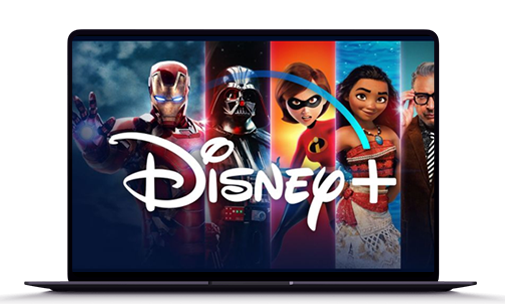 Disney has always won the heart of its viewers with some amazing content from different studios. At the launch of the Disney+ streaming service, it again surprised its users with a service that may be able to beat the current giants of the streaming industry. All being said, the only problem with the latest streaming service is that you cannot access it outside the regions where it is available, and that includes Spain.

When will Disney Plus launch in Spain?

The beta was first released in the Netherlands, and from there, the service made its official launch in the United States and a few other countries. Unfortunately, the service is extending its network coverage a few regions at a time. In fact, it was announced via the official Twitter account that Disney Plus would launch in Spain by 2021. Similarly, Western Europe would be able to get access to the service by the third and fourth quarter of the same year. But don’t lose heart because there is still hope and you can get access to Disney Plus in Spain and other Eastern and Western European regions with great ease.

How to Watch Disney Plus in Spain?

Regional content limitations are commonly practiced by many services. The restrictions are placed on content that doesn’t have a broadcasting license for the concerned regions. Therefore, streaming and other online services monitor the IP addresses of internet users to track their actual location and decide whether to restrict their access to the service or not. The good thing is that you can always trick the tracking mechanism by spoofing your IP addresses and, thus, showing yourself as a user connected from a different region where the service is available. You need to consider a few steps to go about it:

A VPN would make it pretty convenient for you to access Disney+ from anywhere in or outside Spain. However, you may find some hurdles while subscribing to the service because of the lack of payment methods. For instance, you cannot be able to subscribe to the service via the traditional PayPal method unless the account is registered in the country where Disney+ is available. Fortunately, there is an alternative that you can consider to subscribe to the service. If you are using an Android, you can opt for the Google gift card for the payment. Similarly, if you are an iOS user, you can always select the iTunes gift card payment method to get Disney+ subscription.

Some believe that Disney Plus might be able to take the crown from the current giants of the streaming industry in a few years. The reason behind such a belief is that the streaming service packs a powerful content library, which is not only the best but also hardest to find under one roof. Regardless, once you have complete access to Disney+ streaming service, you will be able to get exclusive access to Marvel movies as well as latest TV shows like Loki and Ms. Marvel, Star Wars complete TV series and movies, Hulu US content as well as ESPN.

Moreover, you can also watch the current hit shows such as Mandalorian, which is making waves all across the Internet with its amazing plot and a cute baby Yoda.

If you want to watch Disney+ in Spain today and enjoy the content seamlessly, you need to download and install PureVPN. We have servers in 140 countries, including the US and Canada, and our systems are optimized for optimal performance. It means that you are assured of getting maximum streaming, browsing and downloading speeds at all times. Moreover, you can use PureVPN to conceal your IP as well as your location and your internet activities. All in all, with PureVPN, you can enjoy a better streaming experience and privacy.