Get a Twitch.TV VPN & Up Your Game!

Ultra-Fast HD Streaming, Optimized Gaming Servers, global connectivity. It’s all possible with PureVPN. Try it out for yourself at just $0.99.

Accessing Twitch.TV and all of its great features is just too easy.

Connect to your desired server

Not all countries get access to Twitch.tv easily. Some countries limit a few features, while a few restrict the service altogether.

Most Streamed and Restricted Games Across the World.

Users from countries such as Philippines, Singapore, Brazil, India and UAE, often face issues when they try to access a gaming live stream. This is due to the reason that many of the popular games are restricted in some countries, hence there live streams are also limited only to countries where the game is accessible.

Live streams for some of the most restricted games get streamed for millions of hours each month by streamers across the world.

Get PureVPN
31-Day Money Back Guarantee

Why Do You Need a VPN for Twitch?

A Twitch.TV VPN can help you in more ways than you think. It doesn’t matter where you are or what you do. If you are a gamer, you need to have a Twitch.TV VPN installed on your device at all times.

Just like no school would let its students to play games during studies, no gamer ever grows up without breaking that rule and playing games at school. Since games have become way more complex now, and require special gaming machines, it has become impossible for students to play their favorite games at school. However, they can still watch gaming live streams on Twitch.TV, right?

No! Most schools and workplaces have limited access to Twitch.tv on their network, which is why passionate gamers are advised to always have a Twitch.TV VPN on which ever device you take to your school or workplace.

People get banned on Twitch.tv too often. There are many reasons why people end up getting banned, but in most cases only the IP addresses of the specific users get banned. Until a user keeps trying to access Twitch.tv with the same IP address that has been banned by Twitch.tv, it would just not work.

To change your IP address, you need a Twitch.TV VPN, such as PureVPN. When you connect to PureVPN, your original IP address gets masked by a pseudo IP address. This gives you a new digital identity, allowing you to evade the restrictions on your profile.

It may seem that you have access to all the gaming live streams on the network, Twitch.TV limits many streams to specific regions. Due to this, many streams are unavailable in certain regions, mostly where the live streaming platform is limited in terms of availability and features.

To access all the gaming live streams there are on Twitch.TV, you need a Twitch.TV VPN. When you connect to a Twitch.TV VPN, you can choose a location where all streams are known to be always available, such as the US.

For streaming, users always need unlimited bandwidth. With PureVPN, you can enjoy unlimited bandwidth and a buffer-free streaming experience, all thanks to split tunneling. This feature is active by default on Twitch.TV VPN. The feature allows you to makes smart decisions by sending sensitive data through encrypted data tunnels, while it sends all other insensitive data through unencrypted network.

Split tunneling helps Twitch.TV VPN users in two main ways. It allows them to enjoy a faster streaming experience and also provides them ultimate security as their data gets scrambled before being transmitted.

If you are a passionate gamer, as well as a frequent traveler, it is strongly recommended that you do not go online without connecting PureVPN first. When you connect to a public Wi-Fi in another country, your chances of getting hacked and losing your financial data are very high.

Always use a Twitch.TV VPN when you travel, so you can remain safe from hackers and other cyber-attacks when you travel to another country. Investing a little on your cybersecurity is worth it, as compared to losing your personal data, reputation, and money.

Still unsure about what a Twitch VPN can improve your gaming experience? Here are some answers to frequently asked questions.

Twitch is a live streaming platform where the gaming community showcase their gameplay live for viewers around the world.

Why is Twitch so Popular?

Unlike most video streaming platforms which online provide basic features, Twitch allows users to interact with individual users, communities, and experts, from anywhere in the world.

What to Look For in a VPN for Twitch?

Can I use a free VPN with Twitch?

Even though you can use a free VPN with Twicth.TV, it is highly recommended that you don’t do it Free VPNs are known to expose its users personal data to data mining companies, hackers, and online surveillance authorities. Moreover, free VPNs do not provide protection against ransoma

What is Twitch Prime?

Twitch Prime is a premium account on Twitch, which is usually bundled with Amazon Prime Video memberships. The premium service offers exclusive in-game content and some bonus games as well.

If you cannot access Twitch.TV, chances are that either your IP address has been banned or the region you are in is limiting access to Twtch.TV. To regain your access to Twitch.TV, use a Twitch.TV VPN. 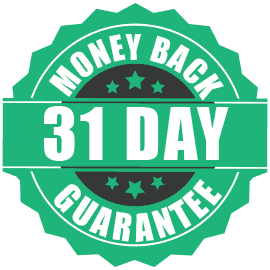 Even though there is nothing to worry about, we still want you to be confident.

Get PureVPN 31 Days Money Back Guarantee