How to Watch ZDF Outside Germany with a VPN

Can’t watch ZDF outside Germany? Then use a VPN on your device. Try PureVPN for just $0.99 to unlock ZDF and catch-up on the latest update in Germany from anywhere in the world. 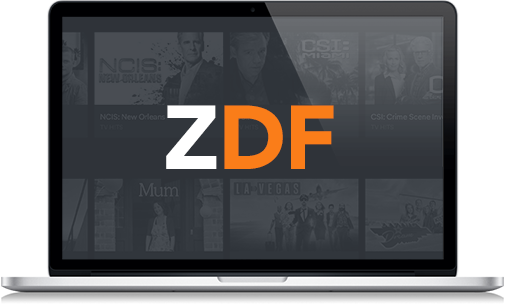 One of the most popular TV channels that Germans love to watch is ZDF. In fact, it is the very channel that many Germans grew up watching.

ZDF also has tons and tons of content available online for you to watch. What makes us say that you might wonder?

For starters, it is one of the oldest TV channels in the region. Secondly, it offers content in multiple categories like children, culture, entertainment, series, and more.

However, one aspect of the channel that you would surely hate is that you can’t watch ZDF outside Germany. Awful. Isn’t it?

Well, don’t worry, because we’ve good news for you.

There’s a simple and guaranteed way you can stream ZDF from abroad, and without any buffering at all. Read on and learn how.

ZDF stands for Zweites Deutsches Fernsehen, which means Second German Television. It has been operating as a state-owned public TV channel for over 50 years.

Being in the market for so long, you can find a treasure trove of content on it. As mentioned earlier, you can find TV shows, movies and documentaries in numerous categories.

For instance, some of the most popular movies you can currently find on ZDF include Ella Schön: Storm Siblings, Und tot bist Du! (1) – Ein Schwarzwaldkrimi, Polly, Forever Yours, Forecast Murder, Deadly Infidelity and Under Control, to name a few.

If you are looking for series, you can check out Stockholm Requiem, Summiteers, SOKO Stuttgart, The Old Man, SOKO Munich, SOKO Cologne, The Prosecutor, The Specialists, and more.

Similarly, there are other popular content that you can check out on ZDF such as Terra Xpress, Die Anstalt, Das Blaue Sofa, Heute Xpress, Bares fur Rares, etc.

If you don’t know where to start, simply click Categories AZ and choose the category of your liking. Or, you can also check out Most Viewed content.

Since ZDF is a public TV channel, you can get it with every cable subscription or package in Germany. And if you don’t want to stick to the TV – most likely because you are a cord cutter, you can always stream the content online on your smart device by downloading ZDFmediathek app.

The best aspect of the streaming service is that you can download apps for not only Android and iOS devices but also Windows phones and even Amazon Kindle.

What you simply need to do is to visit www.zdf.de, install the app for your desired device, and watch ZDF anywhere you want.

What Devices is ZDF Available On?

Given that you have connected to a VPN, you can stream ZDF on any of the popular streaming devices. These include iPhone, Android smartphone, Mac, Apple TV, Android TV, Amazon Fire TV, and Amazon Kindle.

Apart from the above mentioned devices, you can stream ZDF on many other devices and platforms such as Kodi, Raspberry Pi, and Roku.

Where is ZDF Available?

ZDF is a German entertainment channel which is headquartered in Germany. Initially, the channel was only available within Germany, but now the broadcast has been expanded to two other countries, Netherlands, Austria, Denmark, and Switzerland.

If you live in the EU, chances are that you will be able to stream ZDF directly from their website. If not, browse through the channel list of your cable TV and you might find ZDF there. If not, just get a VPN and connect to a server in Germany to access ZDF instantly.

How to Watch ZDF Outside Germany with a VPN

Unfortunately, even if you download the ZDF application on your desired device, you can’t access ZDF outside Germany due to broadcasting license issues.

The good news is that you can overcome this issue with great ease by setting up a VPN on your device. No kidding!

Although VPNs are built to deliver the best online protection against a variety of cyber threats, these tools can also be used for your privacy and internet freedom as well. You can install a VPN on your desired device, change your virtual location to Germany, and watch ZDF outside the country in no time!

All you need to do is follow these steps:

How to Watch ZDF in USA?

ZDF is not available for streaming directly in the US. To stream ZDF from the US, you will need to connect a VPN on your streaming device. From the list of available countries, choose Germany as your preferred server region. Once connected, your virtual location will change from the US to Germany. This will give you instant access to ZDF and all other websites and content that are only available in Germany.

How to Watch ZDF in UK?

Even though ZDF broadcasts to many countries in the Europe, UK is not on the list. If you live in the UK and want to stream your favorite TV shows on ZDF, you can do so easily by connecting to a VPN. Just follow the instructions given below and get access to ZDF from UK.

Good news for Kodi fans is that they can watch their favorite German channel, ZDF, from anywhere on Kodi.

The entertainment hub is the first and foremost platform to stream content on the go. After all, Kodi offers a compatible application for a wide variety of devices.

Anyway, if you are interested in playing ZDF on Kodi, you may check out the Kodi add-on installation guide. Here’s what you need to do to install ZDF add-on on Kodi.

A VPN lets you choose from 140 locations, including Germany, and get a local IP address so that you can gain access to the content of your choice from anywhere.

Moreover, you are assured top speeds at all times because of the dedicated streaming servers we have on our ever-expanding network. And, you can watch your favorite titles to your heart’s content and without worry about ISP throttling at all.

Overcoming regional restrictions and getting the fastest streaming speeds via Germany VPN servers aren’t the only benefits you get with a VPN. In fact, you get to keep your internet traffic hidden against any prying eyes. Needless to say, your network traffic is encrypted which assures you fool-proof data integrity.

All in all, PureVPN offers you the complete solution when it comes to internet security, data privacy, universal accessibility and more. So, use it now to stream your favorite content on ZDF as well as other streaming channels!