Worried about Kodi add-ons shutting down? Then use the best Kodi alternatives on your streaming devices during the lockdown days. Don’t forget to use PureVPN to enhance your streaming experience and unlock any streaming channel from anywhere. 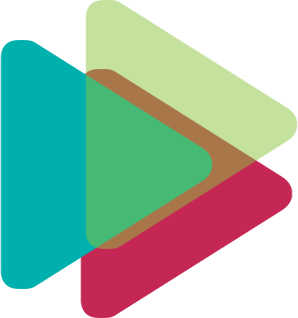 Kodi has been the talk of the streaming community for a long time and for good reasons. Apart from being one of the most versatile media centers available, Kodi doubles up the fun as a free streaming app thanks to a large number of add-ons it offers. But with the legal issues surrounding Kodi causing many of its popular add-ons to shut down now and then, users are considering other alternatives. Down below, we have listed six best Kodi alternatives that you can install and use in 2019.

Why Do You Need a Kodi Alternative?

Apart from legal issues, there are several reasons why users may need a Kodi alternative for their streaming needs.

Kodi has great media playback capabilities, but the app’s interface somewhat disappoints a good number of users. Even with the launch of the latest Kodi Leia version bagged with improved functionality and better features, the user interface is still a bit dull and not much fun to use.

Another reason why users opt for an alternative is that Kodi is a DIY project. Kodi allows customisation from the bottom up, and that requires a lot of effort. Installing and managing multiple add-ons manually can be a daunting task for some, so users often look for an alternative that is more user-friendly and offers a more refined streaming experience.

Whether you’re devastated by your favourite Kodi add-on shutting down, looking for a change in the user interface or struggling to get the hang of how Kodi works; you can try the alternatives listed below. You can also use them alongside Kodi and do your own competitive analysis.

Stremio is very popular among cord cutters. Quite similar to Kodi, Stremio is a cross-platform media streaming service that enables you to stream movies and TV shows from different sources from a single screen. What sets Stremio apart from Kodi is the HD quality stream it offers. It allows you to create separate media libraries just like Kodi and works well across a wide range of devices, including Windows, MacOS, Linux, Android, and iOS. Simply put, Stremio is Kodi with a few extra features.

Another common feature is that Stremio also supports several add-ons both official and unofficial. However, the difference is that Stremio add-ons and installed online and are tied to your account, which subsequently makes it available on all the devices that you have signed in using the same account. The add-on library isn’t as extensive as Kodi, but the interface is much more user-friendly and not customizable. So if you’re looking for an easy to use platform for your streaming needs other than Kodi, you should give Stremio a try.

Plex is yet another close competitor to Kodi that has both paid and free versions available. The basic features are free, but if you sign up for a premium plex subscription, you can enjoy many added features like mobile sync, Live TV & DVR, camera upload, auto-photo tagging and more. Plex’s client-server design allows users to stream the same content on multiple supported devices simultaneously. It works independently and allows users to create their own media server which is best to stream digital media that has been locally stored.

Just like Kodi, Plex also supports many plugins, both official and unofficial called Plex channels. Similar to Kodi add-ons, these channels allow you to stream content like TV shows, Live TV, and movies through Plex’s multidimensional interface. Plex is compatible with all basic operating systems including Windows, Mac, iOS, and Android but also has versions available for Windows phone, PlayStation, Roku, Android TV, and Linux. If not better, then Plex is as close as any alternative can get to replacing Kodi as a primary media streaming player.

Not so long ago, Emby used to be just another media browser with common features. But the latest version that came heavily packed with features like Cloud sync, and folder sync, Emby is rallying right beside Plex as a great alternative to Kodi. Emby and Plex share a lot of basic features. They both offer a client-server design, enables easy access to a media server on different clients. You may also opt for a premium subscription and get access to special features like DVR, mobile sync, offline media, and more.

Emby supports a wide range of devices like Android, Windows, Linux, MacOS, Amazon Fire, Android TV, Roku, Xbox One, PS4, and more. Besides having tons of features, Emby has a user-friendly interface that makes it easy to manage media libraries. Similar to Kodi and Plex, Emby doesn’t host any of its content and fetches available content from different sources. You can also add different official and unofficial plugins to gain greater access to online media.

Being relatively new to the media streaming scene, Media Portal is yet to become popular but has got all the qualities to be called a notable Kodi alternative. It is an open-source media player that transforms your PC into a complete media hub. It seamlessly connects to external devices like DVD players, BluRay players, TV, and projectors and has a simple interface that lets you organize media with ease. Although it doesn’t offer as many features as Kodi or Plex, but it completely supersedes both rivals in some specific functionalities like DVR (Digital Video Recording). Media portal’s DVR feature works like a charm and allows you to record, schedule, or watch live TV at your fingertips - a feature that Kodi offers too, but not without a few hiccups.

Other than the DVR feature, Media Portal supports huge range of plugins that enable you to access everything from YouTube to Live Sports. The only downside to Media Portal is that it’s available for Windows users only, which still makes it an attractive pick for those who use a PC as their primary source of entertainment.

Many users find Kodi’s interface to be complex, especially newbies. If you’re looking for an alternative that offers you the same functionalities as Kodi with a simple interface, then OSMC is a no-brainer It is an open source media player that is quite literally based on Kodi’s model and often called Kodi’s Linux version being a Linux distro.

OSMC comes with a minimalistic interface that brings an improved version of Kodi’s front-end to several devices like Raspberry Pi, and Apple TV by default. It also supports several WiFi adapters and TV tuners. Some notable features include live TV, TV tuner support, local media streaming, and the best part is that it works with almost all Kodi-add-ons.

Universal Media Server is a UPnP media server that enables you to stream media on a wide range of DLNA devices including smartphones, TVs, Blu-ray players, and even game consoles. Users who don’t own a DLNA supported device can use the website interface and enjoy the same hassle-free experience as others.

Universal Media Server supports a variety of video formats and auto adjusts the bitrate as per your connection speed. The setup requires a little legwork, but the user interface is very easy to use even for those who haven’t used such an application before. It comes with several useful plugins by default, but you can also improve the functionality of the software by installing additional plugins.