How to Change Netflix Region from Any Country 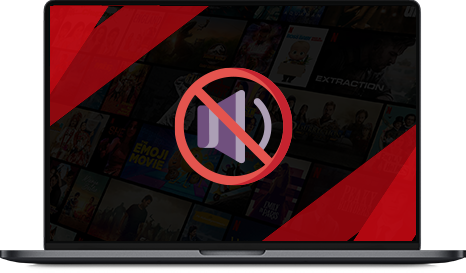 Netflix has been putting its back into producing some fantastic Originals and movies more than ever. After all, it now has more competition to stand against, while keeping viewers loyal to its service.

However, frustration sets in when you don’t find a blockbuster flick in your library that one of your friends in the US has recommended you. You skim the complete catalog, and yet you see nothing but the content you have watched a dozen times.

Feeling heartbroken? You don’t need to!

There’s a quick way you can change your Netflix region and view thousands of more movies, TV shows, docu-series, and other content.

What you only need is a VPN.

How to Change Netflix Region to Any Country from Anywhere

A virtual private network is just what you need to change your current Netflix region and watch the content from other regions such as the US.

Netflix relies upon its investors and producers when it comes to deciding which content or library to show to which regional audience. Since it has to comply with the broadcasting licenses and policies, it cannot just broadcast any content to any country.

Since your IP is the source of the problem, you can make that problem go away in an instant by using a VPN. Once you are behind a VPN connection, you can spoof or change your IP to any region you like.

Ultimately, you can access and watch the content of your desired region from anywhere. Here’s how you can change your Netflix region to any country with PureVPN:

Is Netflix Available in Other Countries?

But you may come across some inconveniences if you travel to another location or relocate. For instance, while traveling abroad, you may not be able to access the MY LIST feature of Netflix.

You will also have to re-adjust your Parental Guidance settings.

In case you are relocating and planning to subscribe to the streaming service from your new location, you will have to bear with the price discrimination due to currency differences.

Moreover, the streaming giant has split content according to the broadcasting licenses of those regions. For instance, the Canadian region has access to around 55% of Netflix’s original library.

Likewise, if you are traveling to or relocating to Australia, you will get access to only 35% of the TV shows and movies. Similarly, every region has somewhat limited access to Netflix’s complete catalog, except the US.

Therefore, you may need to change your Netflix region if you wish to access thousands of more content with your current subscription.

Why Most Users Change Netflix Region to the US

As mentioned earlier, the US library holds the complete content catalog that Netflix owns currently. It is because of that almost every Netflix viewer in other countries want to access the US Netflix library.

Apart from that, the US library braces a huge list of amazing TV shows as well as movies that are exclusive to this region alone. For instance, you cannot find the following titles in other regional libraries of Netflix, such as Tremors 5, The Secret Life of Pets 2, Bird Brain, Killer Hurricanes, Sin City, and The Rounders, to name a few.

If you are interested in exploring content from foreign studios, you can do that as well by subscribing to a VPN that offers access to Netflix’s multiple regions. (More on it ahead)

How to Change Netflix Regions on Popularly Use Devices

If it is your Android, Windows, iOS, or Mac, setting up a VPN and changing the Netflix region is easy. As mentioned earlier, you only need to set up the PureVPN app and check out the Popular Website tab to change your Netflix country.

But you cannot expect the same for devices that aren’t compatible with a VPN. But don’t you worry. There’s an easy workaround through which you can change your Netflix region on your preferred devices.

Here are the following steps you need to take to change your Netflix region on PS4, Xbox One, Samsung Smart TV, and LG Smart TV:

Are Free VPNs Good for Changing Your Netflix Region to any Country?

Free VPN services are often the first choice of VPN users. After all, who doesn’t want a freebie? Regardless of its popularity, free services are not that reliable at all when compared to paid services.

For starters, a free service may help you change Netflix region today, but you can never be sure of tomorrow. Netflix is pretty strict when it comes to monitoring VPN services and banning the IP pool.

Since free services don’t have a good infrastructure and a huge IP pool, they can never recover from bans. Moreover, free services are also prone to the Netflix proxy error problems, which paid VPNs can easily fix.

There is another reason that you may not want to opt for any free VPN services at all, and that is data logging issues. Free services store users’ data and sell it to third-parties such as advertisers.

The logical choice for anyone is to choose a premium VPN service such as PureVPN and get seamless access to Netflix US and other libraries all year long.

Which Countries’ Versions of Netflix are Available on PureVPN?

PureVPN offers access to up to seven Netflix libraries that viewers can access from anywhere in the world. Our app can let you access Netflix US, UK, Australia, Canada, Japan, France, and Germany.

You can easily access the regional libraries of Netflix on your device via our apps. And if you are using any device such as a gaming console where you need to install the VPN on your router first, you can change Netflix region with the countries’ servers mentioned here:

Why is Netflix Better in Other Countries?

The US isn’t the only library where you can watch amazing TV shows and movies. In fact, foreign studies are also taking center stage by offering some great content.

You can add more to your binge-watching list by accessing the foreign Netflix content, which isn’t available in your region.