How to Watch The Great British Bake Off Online

You are just 4 steps away from watching The Great British Bake Off 2019 outside the UK. 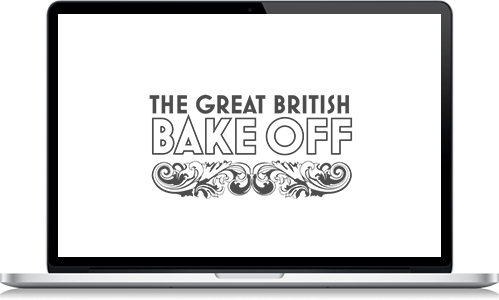 One of the most delicious TV shows these days, The Great British Bake Off is a very tasty watch. This baking competition includes a series of rounds where participants have to impress judges by mesmerizing their taste buds. The judges then rate the participants based on which they qualify for the next rounds of baking frenzies.

The show is popular! So much that it has helped rekindle a continent-wide interest in baking. Every time a new season airs, grocery stores and bakeries report a huge uptick in the sales for baking items and accessories.

This year, the Great British Bake Off will premiere on August 3, 2019, and will air on 9 am every Saturday, according to the UK time zone. Channel 4 is the official broadcaster that holds copyrights to the program, so you won’t be able to catch up with the show elsewhere.

Channel 4 is here with a brand new trailer for its upcoming reality tv series, The Great British Bake Off. The promo, featuring the backdrop of The Beatles’ track ‘All Together Now’, showcases the passion and love the people of Britain have for baking. There is even a guest cameo by Sesame Street’s Cookie Monster. How awesome is that!

With so much packed into one incredible promo trailer, you wouldn’t want to miss out on the fun. Check out the promo down below and get hyped as the upcoming season 10 of the Great British Bake Off is going to be better than ever.

Chris Wood, the Acting Head of 4Creative, says, “This year we wanted to shift the focus to the people behind the bakes, giving a voice to the diverse and passionate bakers of Britain, a nation blessed with a legacy of rich regional baking traditions, culinary creativity and a universal willingness to give it a go."

The Great British Bake Off Judges And Hosts

From the trailer you can clearly see that the cast of the previous seasons is going to be returning to roster of the upcoming season 10 of the Great British Bake Off. Paul Hollywood and Prue Leith will be retuning as Judges, while Sandi Toksvig and Noel Fielding will be hosting the upcoming program.

Why You Need a VPN to Watch The Great British Bake Off?

Even though the show has got a global audience, broadcasters have chosen to keep this off-limits for the non-UK audience. This is why you need a good streaming VPN which can allow you to change your virtual location to the UK and access The Great British Bake Off.

A good VPN is one that can keep you safe online, and allow you to hide your identity. Once your identity is hidden, you can access the web with complete freedom. Your ISP and your regional online governing authorities can no longer limit your access and keep you from watching what you want.

How To Watch The Great British Bake Off?

To watch The Great British Bake off Online, please follow the step-by-step instructions listed below:

Best VPN for Watching The Great British Bake Off – PureVPN

PureVPN is the best streaming VPN that you can get today and access anything which is not available in your country, such as The Great British Bake Off. PureVPN makes it possible for you to enjoy a completely buffer-free experience from any region, and also keeps you safe from all online malice such as hacking, ISP throttling, and regional limitations.

PureVPN is not just a streaming tool. It is one of the most essential line of defense that every modern internet user must have. The internet is no longer a public utility – information is censored, news is controlled, and TV shows are region restricted. That’s not all, the web is home to millions of hackers around the world who will make use of every opportunity to get their hands on your private information and use it against your will.

Incidents like that are not uncommon at all. A little investment to safeguard your online identity and keep your data safe will not only help you in the long run, but it will also give you unrestricted access to any TV show or movie which is not available in your region, such as Great British Bake Off.