Here is an Easy Guide to Watch HBO Max in Europe

Are you looking for a quick way to unlock HBO Max from any country in Europe? This guide is tailor-made for you. In this step-by-step guide, you will learn: 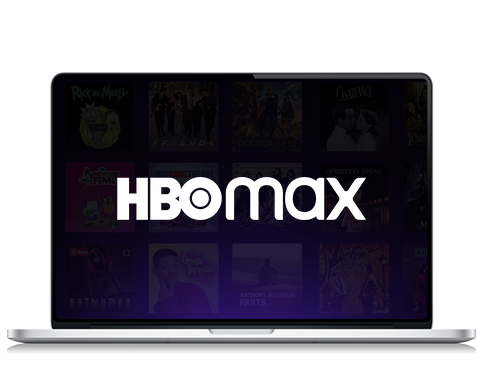 You may not know this, but HBO is launching a new service, HBO Max, on May 27.The new product by HBO is intended to compete with Netflix, Hulu, BBC iPlayer, and Amazon Prime Video. HBO Max will feature all the existing movies and TV series like Westworld and XXXXX, as well as new originals, Friends Reunions, and the Game of Thrones prequel, House of the Dragon.

That is, if you live in the United States . Unfortunately, HBO Max is not available to watch in Europe.

Good news: we have a solution to this problem. Below, follow our step-by-step guide to learn how to access HBO Max movies and shows from anywhere in Europe.

Step-by-Step Guide: How to Watch HBO Max in Europe

Quick Summary: It can be frustrating when a great streaming service like HBO Max is blocked in your country. However, there is a workaround to this geographical limitation. Use a VPN to virtually transport your device to the United States and access region-specific channels like HBO Max. With a VPN connection on your device, you can connect to an American IP address and convince HBO Max that you are residing in the US. All you have to do is follow the steps below.

Here are the steps to unlock HBO Max:

Now, you can enjoy HBO movies and shows from anywhere in Europe. However, you need an HBO subscription to create an account and sign in every time you want to watch HBO Max movies.

How to Get an HBO Max Subscription in Europe

Although you need an American credit card to get an HBO subscription, we will tell you how you can become an HBO subscriber using a gift card .
Here’s how to do it on your own:

Best Answer: HBO Max has signed exclusive deals with multiple channels like TNT, CNN, Cartoon Network, Hulu, BBC iPlayer, HBO, and many more, with stipulations that the content be geographically restricted to the United States. HBO Max is not allowed to stream content in any other region except the United States because of licensing rights. In fact, you can’t access HBO Max in Europe even with an HBO subscription unless you are using a VPN.

Without a VPN, you will constantly see this error on your device screen whenever you try to watch HBO Max in Europe. As HBO Max uses IP tracking, the service is smart enough to tell whether you are in the United States or not. The only way to hide your real online identity is to use a VPN and connect to a server in the US . In this way, you can easily unlock HBO Max from the comfort of your home in Europe.

All 10 seasons of Friends are coming to HBO Max and leaving Netflix as well as a Friends Reunion is scheduled in 2020. Some of the existing shows that you can watch on HBO Max include The Big Bang Theory and The Fresh Prince of Bel Air. You can also enjoy the 2nd season of Doom Patrol from the DC Universe. That’s not all! Imagine getting access to all the Batman and Superman movies from the last 40 years.

Love British shows? HBO Max has something for you too. As HBO Max has exclusive rights to BBC iPlayer shows, you can enjoy Top Gear, Doctor Who (2005 onwards), Luther, and The Office (British version). Plus, HBO Max has signed a deal to stream 20 Ghibli movies such as Spirited Away (2001), Castle in the Sky (1986), and Ponyo (2008).

The launch date of HBO Max is May 27, 2020 in the United States. HBO Max hasn’t announced it yet, but the service may be released in Europe and other regions in the future. However, nothing can be said for certain as HBO Max is only available in the US only and no information has been disclosed about launches in other countries.

No. Unfortunately, HBO Max is only available in the United States. However, you can use a VPN as we have explained earlier to unlock HBO Max from anywhere in Europe.

What shows can I watch on HBO Max?

How much does HBO Max cost?

The monthly subscription of HBO Max is just $14.99. This is the same cost as HBO Now. There are no discounted offers available as of yet but we might see some bundle deals in the future.

Just imagine lying on your couch after work or school, eating a cheeseburger, and never running out of movies to watch. Pretty sweet! You can make that happen with HBO Max. Use our guide and enjoy the most popular movies on HBO Max regardless of the country you are living in.
Want more assistance in getting started? Send us a message using the Live Chat option.