How to watch PBS outside the US with a VPN?

PBS is region-locked and is not accessible abroad. If you want to watch PBS outside the United States then use a VPN app and change your IP address. In this way, you can easily stream PBS shows from any country whether it is Canada, Australia, or New Zealand. Here’s how: 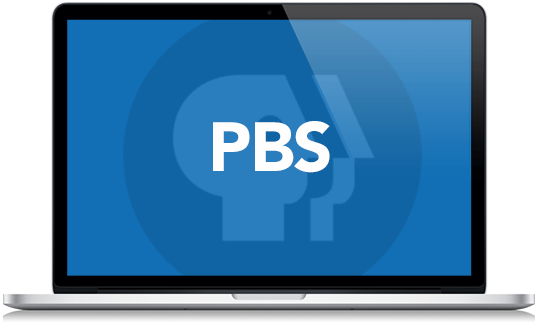 The Benefits of Streaming PBS

Unlike most other streaming networks, PBS is a non-profit organization. The service is best known for providing educational television to the public. One of its channels, PBS Kids, is highly popular among parents and students alike.

PBS is funded by several different sources. Because of its high standards and the zero influence it takes in from its funding sources, PBS is considered as the most trusted national institution. The popularity of the service can be judged by a study done by Nielsen Media Research, which found that 80% of all US television households view the network’s programs.

You can watch loads of educational videos anytime on PBS.org. Like YouTube, the service comes free of cost. And it offers no advertisements because of the funding that it receives. Though the company does suffer when competing with YouTube, it still boasts having amazing content and a very respectable audience.

Can You Watch PBS outside US?

Unfortunately, no. Like most other streaming channels, PBS too is only accessible from its own region only, which in this case is the US. The service is highly popular in the United States because of its amazing content and the lack of any cost. However, people from other countries cannot get access to it because of locational restrictions. You can easily learn how to stream PBS outside the US by following these steps:

The Reason Why PBS is Restricted?

If you try to access PBS from anywhere outside the US, you will find the service inaccessible. Not only is this unfair to people living in other countries, but it is also harsh on the Americans who travel outside the country.

Fortunately, there is a way to watch PBS from outside US with ease. You can take help from a premium VPN service to access PBS from anywhere. A VPN service can help change your IP address, which also changes your IP location in the eyes of streaming services. Because these services use your IP address to track your actual location, you can trick them into thinking that you live elsewhere with a VPN.

Why Do You Need a PBS VPN?

There was once a time when online freedom existed. There were no restrictions and no boundaries on the internet. You didn’t need to have a passport to access any website or channel on the web. You just had to visit a website of your choice and access its content from anywhere easily.

However, the geographical boundaries of our world also took over the internet. Instead of being a free territory, the internet soon got full of boundaries and restrictions.

These boundaries on the World Wide Web were first drawn by governments in the form of censorships. They can ban access to any website in their country and no one will be able to do anything about it. The act of censoring websites and content soon became a norm around the globe.

The extent of these restrictions can be seen in China, where the great Firewall of China exists. You can also read about how access to VoIP services is banned in the UAE so that the telecommunication companies operating over there can continue to make lots of money. You should also read about the banning of Twitter in Turkey, and of WhatsApp in Brazil.

These censorships and restrictions have been a plague to our world. And if these weren’t enough already, private companies also started following suit to this trend and have started restricting access to content. This usually applies to the streaming industry and also on PBS.

For instance, if you try to access PBS from outside the US, you won’t be able to do so. Most streaming services, including the PBS, are only accessible in a few countries. These services also include the likes of Netflix, HBO Now, Amazon Prime, and Hulu.

These websites are restricted largely because of the practice of geo-licensing. Not sure what geo-licensing is? Allow me to explain.

When a TV production company produces any content, it allows certain websites to show it to their subscribers. This license comes at a price though because it restricts these channels from showing this content from outside of their respective countries.

To abide by their geo-licenses, streaming websites are restricted from giving access to people who love outside the streaming service’s respective location. But, fortunately, you can avoid these restrictions and get access to any website with ease if you have PureVPN.