Are VPNs Legal in Germany?

In short, yes! There are no regulations or laws that make VPNs illegal in Germany, but you should be aware of a few conditions before using one. 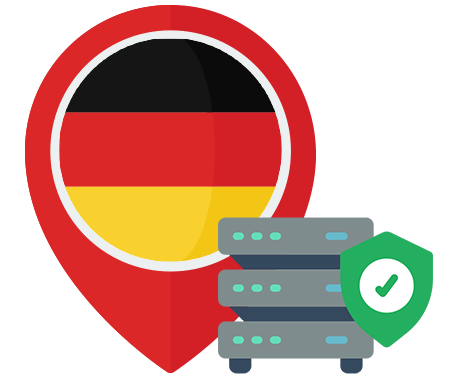 Even though Internet censorship in Germany is minimal, geo-blocks limit your access to streaming content. Your personal privacy is also eroded by government surveillance and mandatory metadata retention.

Therefore, many Germans are relying on VPNs to get around these problems. But is using a VPN legal in Germany? In this article, we’ll discuss in detail the legality of VPNs in Germany and the reasons why you need one.

Is VPN Legal in Germany?

So, is VPN legal in Germany or not? The country is the most populous in the European Union (EU), with more than 83 million inhabitants. It has one of the highest number of Internet users in the world – an estimated 79 million!

Yes, VPNs are completely legal in Germany. Currently, no legislation exists against VPN usage within the country. This means you can use one without having to worry about any legal consequences, but there are some exceptions.

If you conduct illicit activities behind a VPN, you’re still breaking the law. Acts of fraud or theft are punishable by fines or imprisonment, whether you use a VPN or not. What’s illegal won’t become legal just because you have a VPN.

In fact, accessing content otherwise unavailable in Germany can also get you into legal trouble. For example, if Netflix is licensed to stream a TV show exclusively in the US, watching it from Germany using a VPN would be considered illegal.

That said, there’s very little evidence of the government going after people who use a VPN for this purpose. Nonetheless, we’d still advise caution when it comes to streaming or downloading copyrighted material. 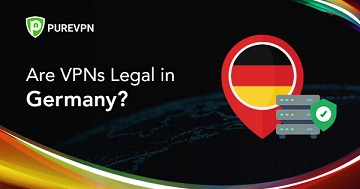 Reasons to Use a VPN in Germany

There are many compelling reasons why Germans should use a VPN, and some of the most prominent ones include the following:

ISPs are required to store your metadata for a period of 10 weeks, which can be handed over to law enforcement authorities upon request. Moreover, Germany’s Federal Intelligence Service (BND) is known to monitor the country’s Internet activity closely.

Whether you’re a tourist or citizen in Germany, you’re probably concerned about protecting your privacy. A robust VPN will encrypt your personal data and mask your real IP address so that you can use the Internet privately and safely.

If you try to access content on BBC iPlayer or US Netflix from Germany, you won’t be able to because of the geo-blocks enforced by these streaming services. You’ll face the same problem when attempting to stream German TV during your travels outside the country.

Additionally, many videos on YouTube are blocked due to a dispute between the video sharing platform and GEMA. With a VPN, you can change your virtual location to the service’s host country and get past these roadblocks in a matter of seconds.

Do you use public Wi-Fi in Germany? Who doesn’t! After all, it provides a convenient way of accessing the Internet on the go. However, most of these networks usually have inadequate security and leave your data susceptible to theft.

The best way to stay safe against hackers on free Wi-Fi hotspots is a VPN. What it does is create a protective tunnel around your Internet traffic, making it virtually impossible for the bad guys to get their hands on your information.

PureVPN – The Best VPN for Germany

For the best German VPN service, you need not look any further! PureVPN boasts a massive network of 2,000+ servers in 96+ locations across the world, enabling you to get an IP address from any country in no time.

If you want the fastest possible speeds while P2P file-sharing or streaming, we’re the best choice out there. Finding high-speed connections won’t be an issue with PureVPN as every server has a capacity of up to 1 Gbit/s.

In addition, you can always trust us with your privacy – our no log-certification goes to show that we don’t store or share your online activities. Setting up and using PureVPN on any device you own is easy as it gets.

There are sleek and user-friendly apps available for all major desktop and mobile platforms, and up to 5 different simultaneous are allowed at a time. Furthermore, you have access to a broad range of must-have features.

Some of them include AES 256-bit encryption, DNS leak protection, split tunneling, WebRTC leak protection, unlimited bandwidth, and kill switch. Still unable to decide whether PureVPN is the correct choice for you or not?

If you choose to join the PureVPN family, you’ll be covered by a 31-day money-back guarantee – no matter what plan you purchase. This lets you test out our service and see if it meets your needs, totally risk-free!

How to Use a VPN in Germany?

Simply follow these easy instructions below, and you’ll be up and running with PureVPN before you know it:

Is Streaming Illegal in Germany?

Absolutely not! It’s perfectly legal to use streaming services such as HBO, Netflix, and Amazon Prime in Germany. However, streaming content that’s unavailable in the country could result in legal repercussions.

How Do I Get a German VPN?

It’s a simple process, really. Just go to our order page and purchase a PureVPN subscription. Next, enter your payment details and finish the checkout process. Then, configure PureVPN on the device you want, and you’re all set!