The Wi-Fi Pineapple is a penetration testing tool that can help anyone automate a Man in the Middle Attack enabling them to steal your data by setting up rogue wireless access points. However, recently, there has been an increased use of the WiFi Pineapple in “Red Team Suit Auditing” which is an assessment done by the organization to demonstrate how hackers make use of different exploits to achieve their goal. A WiFi Pineapple is more common on public wifi networks which are unsafe and leave your personal data vulnerable. You can start protecting your online privacy by getting a PureVPN.

What Is Wi-Fi Pineapple?

The WiFi Pineapple was created as a pen testing device by hak5, a company known for its’ infosec technology store. The product was essentially developed to assist IT professionals to check if their networks are vulnerable. The Pineapple device, popularly known as the, Nano Basic is accessible on various platforms other than the Hak5 Shop, to anyone who can afford to spend $99.99 giving them the ability to pawn any or most internet connected devices around you.

Who knew a Pineapple was such a marketable commodity eh?

In this age, you can build the nano for as less as $25, or just use a raspberry pi that lets you enable monitor mode and packet injection.

A Pineapple device is very similar to a WiFi access point. The difference is that the device uses multiple radios when compared to an ordinary router which use a single radio making it more powerful and effective to execute complex network attacks.

These devices can be used to intercept and invalidate a legitimate AP (access point) forcing unsuspecting users to connect to a fake network set up by a third party. Once the user is connected, the hacker can gain access to all the personal data. This is a form of MiTM (man-in-the-middle-attack), where all the data passes through the man in the middle, in this case, the hacker. DNS Spoofing and session hijacking are the two common types of man in the middle attack used by hackers.

Fun Fact: The WiFi Pineapple gets its’ name due to the antennas attached to the nano device which provides additional gain when compared to other nano devices. 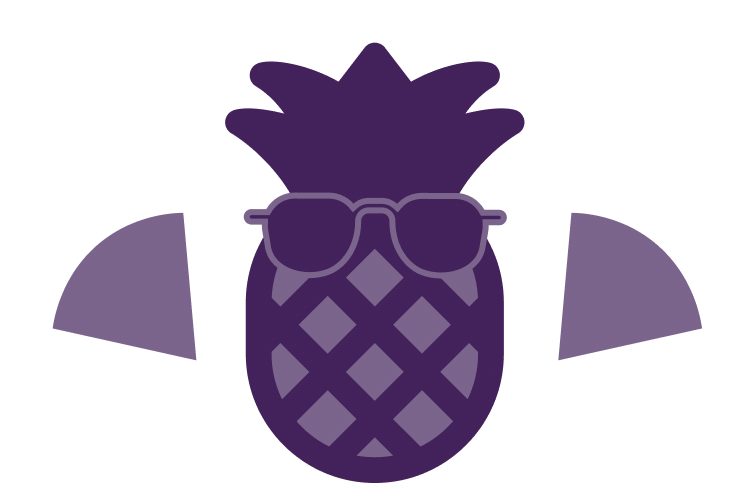 Pen Testing- How It all started!

WiFi was believed to be inherently flawed making it vulnerable to spoofing attacks, which is basically when a hacker impersonates a device to gain access to a users personal data. This vulnerability gave birth to the Pineapple device with the purpose being pen testing.

A pen test is an authorized attack of a system. Typically, a company will hire a pen tester to launch a hack on their systems in order to assess its strength and identify any vulnerabilities. Pen testing is part of a larger branch of testing commonly known as ethical hacking.

A WiFi Pineapple is an important part of a pen tester’s kit. It looks and works just like a standard WiFi router, albeit with greater range. In pen testing, the Pineapple will take advantage of the inherent weakness of WiFi networks to get users to connect to the Pineapple’s signal, rather than a legitimate network.

Most WiFi Pineapples also come with a set of software tools that a pen tester can use through their laptop, or even on an Android device. These tools are able to scan network traffic, snoop on users connected to Public WiFi networks, and identify weak spots in security protocols.

During a pen test, all of this is done with the permission of the company being ‘attacked’. Unsurprisingly, however, it did not take long for hackers to start using the same techniques to attack users and companies without being asked to. As a result, WiFi Pineapples are now commonly seen in many types of illegal attacks.

How Does the Wi-Fi Pineapple Work?

When a standard device connects to a WiFi network, it actually knows very little about the network it is connecting to. Unless you have installed a network sniffer, or other pieces of software that the average user is not likely to have, the only information your device sees is the ‘name’ of the network, also known as SSID.

Any time you connect to a WiFi enabled device, that device saves your network’s SSID number. Often, users like for the device to automatically connect to wireless service closest to you, leaving the auto-connect feature switched on.

Assume you ordered yourself a coffee from Starbucks and connected to “Starbucks WiFi” while you waited for it. Once you leave the café, your device will broadcast a signal to check if the access points in range are “Starbucks WiFi”. The same applies to any network you have connected to in the past as well.

How the WiFi Pineapple works is that it would scan all of the SSIDs, then re-broadcast these SSIDs to trick devices into thinking that they have connected to those access points in the past.

It is just like you confusing your friends twin sibling for them.

Well, it is not like our devices are dumb. If you are at a coffee shop like Starbucks and see an SSID name like “Starbucks WiFi”, you would not think to yourself that “Oh, maybe this is an attacker’s honeypot” either.

NOTE: The attacker is not even aware of what your device’s network SSID is. It is this nano device that collects all the information. These leaking SSIDs are collected and are then used to spoof networks.

Building a WiFi Pineapple – Try It Yourself!

There is a bunch of free downloadable modules on exploits of the Pineapple which you can download and install on your device.

Here is a very basic way of fooling your device and building a WiFi Pineapple. Take out your smartphone, and make a hotspot that has the same name as your home WiFi network. Now open the WiFi network menu on your laptop. Its possible that your device connected to the network that was not intended.

Because it only knows the name of the networks, and nothing else, your device thinks they are the same network. It might even try to connect to your phone using the password for your home network.

A typical WiFi Pineapple attack works in the same way. By projecting a fake WiFi network over a large area, some users will inevitably connect to the wrong network, and an attacker will harvest their data.

Moreover, Public WiFi Hotspots are not obliged to use WPA2, thus, many WiFi networks are not password protected in the first place.

But let’s say a network is password protected. Though the encryption used by WPA2 is pretty good, it only starts once you have authenticated and connected to a router or any other access point.

How easy is to launch a WiFi Pineapple attack?

A couple of years ago, it was very to obtain somebody’s login credentials. All you needed was a SSLsplit module.

But ever since browsers adapted HSTS to protect websites from downgrade attacks, the SSLsplit module has become relatively, irrelevant.

One example of the implementation of HSTS is when you are surfing on the web and are redirected to a webpage that says “Your Connection To This Site Is Not Secure”. It is basically encouraging safe browsing.

Such Efforts have made a WiFi Pineapple attack difficult in recent times, but not impossible.

Attackers who are smart and determined, may de-authenticate you from a particular AP, just like you may remove someone from your wifi network.

Once you are de-authenticated, you may be redirected to a login portal set up by the attacker, where he sits to eavesdrop on your credentials. This is commonly known as, ‘Evil Portal’ which a form of Phishing Scam.

They might wait for users to login to their internet banking system or social media accounts, and then use session hijacking to impersonate them. Or they might just gather information to be sold or used to blackmail their victims.

These are pretty standard types of attack that have been prevalent even in 2020. What’s concerning is almost anyone is able to launch sophisticated hacks and the Hak5 Nano Basic (Wi-Fi Pineapple) makes it easy to deploy these techniques.

How to Prevent Yourself From a WiFi Pineapple Attack

Protecting yourself against WiFi Pineapple attacks relies on two factors. One is the way you behave online. The other is the technical protections you have in place to avoid your data being intercepted and stolen.

Secure Your Network
We use cookies on our website to give you the most relevant experience by remembering your preferences and repeat visits. By clicking “Accept All”, you consent to the use of ALL the cookies. However, you may visit "Cookie Settings" to provide a controlled consent.
Cookie Settings Accept All
Manage consent