Best VPN for WeChat to Access it From Anywhere

WeChat is an all-in-one app that provides users with a broad array of services. However, you’ll find that it’s banned in some countries like Russia and India. With PureVPN on your device, you can switch your virtual location to China or the US and access WeChat hassle-free. 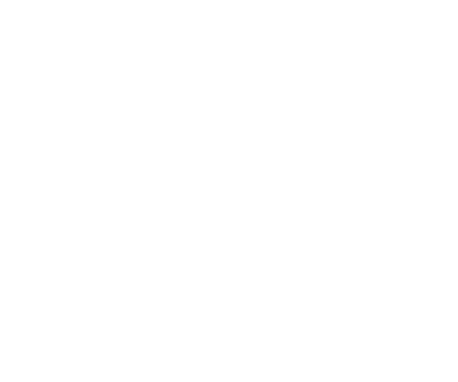 WeChat also referred to as Weixin in China started off as an instant messaging app in 2011. Fast forward to today, it has transformed into what many now call a “super app” that essentially provides users with a wide range of services under one roof. From mobile payments and ride-hailing to food delivery and social media, WeChat is a one-stop-shop for more than 1 billion people!

But the app has its fair share of downsides as well. For starters, you can’t gain access to it from everywhere. Then, it’s also believed that he Chinese government monitors WeChat. If you want to access the all-in-one-app safely and securely, your best bet is to use a top-rated VPN for WeChat. Read on to learn more:

Reasons You Need a VPN for WeChat

Here are a couple of compelling reasons why you should consider using a VPN for WeChat:

Some countries have blocked WeChat. For example, in Russia, the app was banned because it failed to register properly with the authorities. While it was made accessible again soon after, users had no coverage during that period.

If WeChat is unavailable in your region, you can easily gain access to using a VPN. Upon connecting to one, you can make your Internet traffic appear as if it’s coming from an eligible location for restriction-free access to WeChat from anywhere.

2.To encrypt your conversations

The tech giant Tencent owns WeChat, but it has close ties with the Chinese government. In May 2018, the authorities revealed that they collected deleted messages from WeChat. The thought of your conversations being recovered and used against you can indeed be unsettling.

The easiest way to stop this from happening is to use a VPN. All your WeChat communications will be safeguarded using military-grade encryption, meaning that it won’t be read by anyone besides you and the intended recipient.

PureVPN – The Best VPN for WeChat!

For the best WeChat VPN, you need not look any further than PureVPN. We’re a verified no-log VPN service and don’t collect, save, or share any logs!

With a massive network of 2,000 + VPN servers in 180+ locations, you can instantly access WeChat from any corner of the world in just a few clicks.

Furthermore, you don’t have to compromise when it comes to performance as we offer unlimited bandwidth and server switching.

There are easy-to-install and user-friendly apps available for both iOS and Android so that you can use WeChat with minimal effort.

What’s more, one PureVPN account can be used on five different devices at a time – no need to purchase separate accounts for your desktop, smart TV, etc.

Still unsure whether PureVPN is the right choice for you? All our plans are backed by a 31-day money-back guarantee, allowing you to test out the service risk-free..

How to Unblock WeChat with a VPN?

Well, the process is as simple as it can get. You don’t have to be a tech expert to use a VPN for accessing WeChat. Just follow the steps mentioned below, and you’ll be good to go:

Here are some of the most commonly asked questions about WeChat and VPNs:

Why Am I Getting Censored on WeChat?

Pro-democracy candidates secured a huge win in Hong Kong’s location elections. Many Chinese American WeChat users, however, are unable to voice their approval online. The app is basically censoring political speech and banning people for supporting the movement – despite being located outside China!

If you register with a mainland China-based mobile number, you’ll be using the Chinese version of WeChat, known as Weixin. Since its servers are based in China, they have to adhere to Chinese regulations – which is why you’re facing censorship. To use the international version of WeChat, you need to delve into the settings and link your foreign mobile number instead.

Should I Use a Proxy or Free VPN for WeChat?

You can’t rely on free VPN providers. After all, they offer weak encryption, have fewer server locations, and enforce limitations on bandwidth usage. Not only this but also most of these services collect your sensitive data and sell it to third-parties offering the highest bid.

As far as proxies are concerned, they merely conceal your original IP address – traffic is rerouted in an unencrypted format. Therefore, you can’t expect them to provide you with any degree of privacy or security. For these reasons, you’re better off using premium VPNs like PureVPN!

By equipping your device with a VPN, you can use WeChat safely and with peace of mind from inside and outside of China. No longer will you have to worry about blockages or interested third-parties snooping on your private conversations.