How to watch Amazon Prime Video UK library from anywhere

Want to enjoy the UK library on Amazon Prime? The service is region-locked and the only way to access the UK version of Amazon Prime is to use a VPN connection. In this way, you can get a British IP address and virtually transport your device to the United Kingdom. Here’s how to do it: 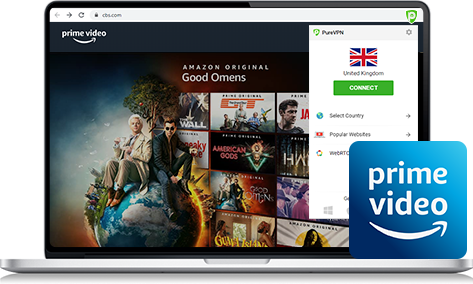 “With its new 20Gbps server speed upgrades, PureVPN is now 100 percent ready to operate in a 5G world where faster internet speeds have become the norm.“

“PureVPN is leading the way when it comes to transparency regarding its operations. It’s the only VPN with always-on audit, meaning one of the big four security audit firms KPMG can audit PureVPN anytime without any prior notice.“

“PureVPN has a large collection of VPN servers across the world, offering some of the best geographic diversity we’ve seen.“

“PureVPN lets you protect yourself against hackers and snoops, surf in total anonymity, access restricted content, and communicate securely.“

Here is how you can access Amazon Prime Video outside the UK. 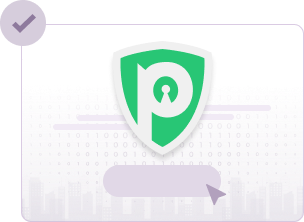 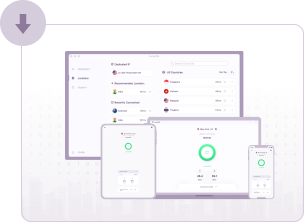 and install the app on your streaming device. 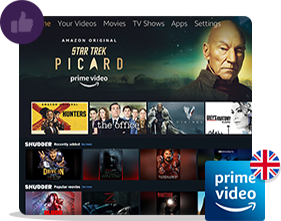 Amazon Prime has also been known to be engaging in throttling activities. Good thing is that you can easily avoid this. If Amazon Prime, for example, is throttling the service of users in the US and you can use your Amazon Prime VPN to connect to another country’s server and stream amazon prime throttle free.

PureVPN extensions for your favorite browsers

Get PureVPN’s Firefox extension to get access to more than 6500 servers in 78+ countries, ensuring you’re never blocked from viewing your favourite content.

Using PureVPN’s 10 multi-logins on Edge browser, you and your family can continue accessing multiple streaming services at the same time without any restrictions.

Here are some of the most asked questions about Amazon Prime Video with VPN.

Can I watch Amazon Prime UK in the United States?

No, unless you are using a VPN connection. The simplest way to access Amazon Prime UK library is to use a VPN, get a British IP address, and unlock the Amazon Prime UK version.

Can I enjoy English Premier League on this service?

Can you watch anything on Amazon Prime?

Yup! You can watch thrilling series and movies on Amazon Prime Video—hundreds to thousands of shows are available at your fingertips. Choose from the library and play any episode that is popular right now. You can play Amazon Prime shows on any device whether it is an iOS, Android, Chromecast, Apple TV, or Roku.

What TV shows are on Amazon Prime UK?

What device can I use to watch Amazon Prime?

Amazon Prime is compatible with smartphones, set-top boxes, and smart TVs. Here’s a list of the devices to use for watching the service: Xbox PlayStation, Roku, iOS and Android Tablets, Nvidia Shield, Chromecast, Mac, and Windows.