How to Watch the Grammy Awards 2021 Online

Wondering how to watch the 2021 Grammy Awards live online? All you need to do is follow these simple steps below: 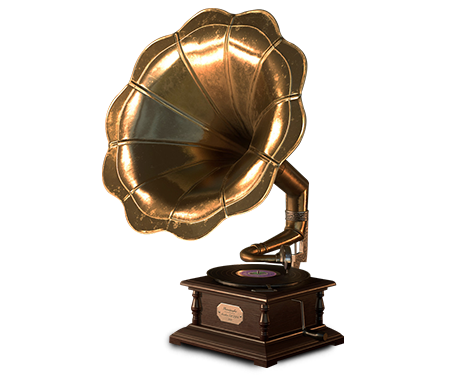 The 63rd annual Grammy awards are set to air on Sunday, March 14, 2021. Every year, the Grammy Awards offer a dazzling award ceremony and spectacular performances from the biggest names in the music industry. The ceremony will be held at the same venue as last year, the Staples Center in LA.


How to Watch Grammy’s Live Online?

The first step is to get PureVPN, a great streaming tool that will allow you to watch all live events such as the upcoming Oscars, BAFTA, and the Emmys. With PureVPN, you can conveniently stream the Grammys along with thousands of other streaming events and services that are subject to geo-restrictions.
The second step is to download PureVPN app or setup on your device. PureVPN supports 20+ devices that include PC, smartphones, tablets, routers, smart TVs, Kodi, Roku, and PlayStation/Xbox.
Open the app and connect to either the US, Canada, or Australia country server, as the live stream of Grammy awards will be available in these 3 regions. Access the

Who Will Be Hosting The Grammy’s?

Trevor Noah, the globally popular journalist, anchor, and comedian, will be hosting the 63rd Annual Grammy Awards. Trevor Noah is nowadays well known for hosting The Daily Show and has often been seen blatantly calling out racism. This time around, when the Grammys is once again surrounded by controversies regarding lack of racial diversity, we can expect many sarcastic remarks from Trever Noah.

The Covid-19 pandemic has disrupted not just award shows but also the way of life for everyone. This year, there have been no announcements so far as to who will be performing. However, it is only fair to assume that a Grammy without a performance is no Grammy at all. We believe that there could be some pre-recorded or live streamed performances for the audience, while a few of the nominated artists could be invited on stage for a short performance and well.

Stream the Grammy Awards in the USA, Canada & Australia

CBS All Access is a video on-demand streaming service owned by CBS. The CBS All Access live stream is available across the United States, Canada, and Australia. In addition to the live CBS stream, the streaming service also provides on-demand access to a massive library of CBS shows.
CBS has extended its international footprint by introducing CBS All Access which is inexpensive and is available in the United States, Canada, and Australia. Since the Grammy Awards air on CBS, the easiest way to stream the ceremony is to sign up for a free trial from CBS All Access:

CBS has given rights to streaming services like DirecTV Now, Hulu, and YouTube TV, where you can watch the Grammy Awards online in specific geographic regions, mainly the USA. All these services are paid and provide users access to many popular channels.

How to watch Grammy’s on Apple TV?

How to Stream Grammy Live on PS4?

Stream CBS All Access on your PS4 with these easy steps:

Who is Nominated for a Grammy?

Nominations for the 2021 Grammys were announced at the end of last year. Since then, there have been many controversies around it. Like each year, this year’s nominations have a very little representation from the African American community. Since 2015, many artists and singers have voiced their concerns about the lack of diversity on the list of nominations.

Some artists also pointed out the fact that even though a few Black artists make it to the nominations list, they never win any awards. This adds insults to injury and demotivates them. Fans around the world are of a different opinion this time. Many music lovers believe that this year’s nominations are hastily chosen, which explains why many great tracks were left out of the nominations.

The first artist to call out Grammy Awards for its lack of inclusion and diversity in the nominations list was The Weekend, who claimed that his hit single, Blinding Lights, was not nominated for any category, despite being in the top 10 on the Billboard Top 100 list for 52 weeks straight.