What are DDoS Booters

In the world of Information Security, no attack has received as much attention as the Distributed-Denial-of-Service attack. The DDoS attack is feared for many reasons, but all of these reasons are tangentially related. When being DDoS’d, an entity, be it a nation-state, multi-national corporation, or private citizen, is completely unable to use their network. The idea of a DDoS attack is to flood a particular target, such as a DNS server, with so much traffic that ultimately it can no longer function. This results in an inability to connect with other devices on a network, connect to the internet, and potentially a loss of finances (to solve the attack or simply due to the downtime). 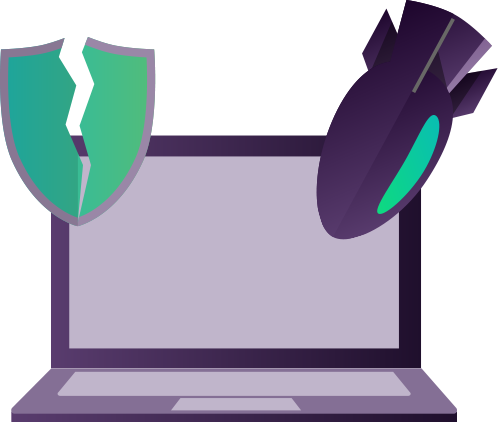 As this is a powerful attack in, shall we say, “lesser equipped” hands, a DDoS attack can be even more dangerous. This is where DDoS booters come in. There is a whole subset of the dark web dedicated to providing DDoS-as-a-Service, which are in the form of booters, to “script kiddies.” For the uninitiated, a script kiddie is what the hacking community deems an individual who wants to hack and commit cybercrime without any technical knowledge.

Lizard Squad, infamous for their DDoS attacks against North Korea and Playstation Network, used DDoS-as-a-Service to commit their crimes. Using a botnet that was created by two Israeli hackers, the U.K. based Lizard Squad was able to carry out high-profile attacks without having significant hacking backgrounds. They earned global scorn and were the subject of numerous news stories, all thanks to DDoS booters.

In these DDoS-as-a-Service organizations, DDoS booters are often employed to great efficacy. Ordinarily, a DDoS attack is carried out through a botnet that is created by an attacker. They gain control of machines called “zombies” through a variety of methods. The usual tactics are either infecting a device via malware or alternatively, exploiting known vulnerabilities. In recent years, any smart device that is connected to the Internet-of-Things (IoT) has the capability of joining a botnet.

As DDoS booters are employed for individuals who don’t have programming backgrounds, they bypass this whole process. The botnet is already set up by the providers and, once payment is made, the clients are given access. A web-based frontend is how the botnet is controlled. This acts as a sort of Graphical User Interface (GUI) control panel, allowing the script kiddie to cause mayhem with little mental exertion.

The web-based frontend also makes it tougher for experts to identify the exact location of the DDoS. When Lance James, a well-respected cybersecurity scientist, investigated DDoS booters, he noted this. In an interview given at the time, James stated the following:

“There is a service in the middle that protects the Booter sites with turnkey Web security routing… In that case, they operate similarly to the legal confines of Facebook and Twitter, and they require subpoenas and warrants to shut it all down… So to the underlying ISP that is involved, it doesn’t look like anything that is malicious… There is no DDoS traffic coming directly from the ISP… So when you request a Booter service takedown, it’s very difficult because the ISP on which the site is hosted has plausible deniability… They can say, ‘We haven’t seen them do anything illegal from our site,’ so you need to prove that.”

How is a DDoS Booter Attack Carried Out

How to Mitigate DDoS Booter Attacks

DDoS booter attacks should be treated just like regular DDoS attacks. They are effectively the same, but the only difference is that DDoS booters are controlled by script kiddies. As this is the case, the security approach you take to mitigate will depend on your needs.

Large organizations should consider using third-party DDoS mitigation service. These services can handle major attacks as they have the server space to contain and break up the packets before they can reach the intended target. These services are not cheap, though, which is why using them is only recommended for the largest of companies.

For private individuals, there is less of a threat of a DDoS booter being used on a major network. Instead, they will be targeted at the local area network (LAN), more specifically, at the router level. The only way this can occur is if the attacker has access to your static IP address.

To prevent your true IP address from being used against you, a Virtual Private Network (VPN) is your best bet. A good VPN encrypts your connection and hides your IP behind the IP address of the server. As a result, it is impossible for an attacker to find a vector to assault you with.

With PureVPN, you are given a cost-effective option of preventing a DDoS booter attack. With a network of over 2,000 global servers, AES 256-bit encryption, every protocol supported, and much more, PureVPN has your back against script kiddies. Our VPN prevents WebRTC leaks, DNS leaks, and IPv6 leaks, so you can be sure that no attacker will ever find the data necessary to attack with a DDoS booter.