Group of internet-connected devices, which are lead by one or more bots, are known as botnets. These botnets are used to perform DDoS attacks to steal data, and so a hacker can get access to your device. 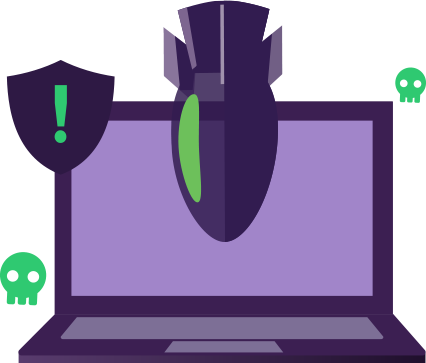 What is a Botnet?

In 1999, the cybersecurity landscape was rapidly changing. With the creation of the internet came many new threats, one of which was something known as a botnet. The first botnet was formed from a worm called PrettyPark. In what would eventually become commonplace, PrettyPark’s botnet communicated with a Command-and-Control server via Internet Relay Chat. While PrettyPark was not very powerful, the foundation is laid for botnets to come would not go unnoticed.

There are many forms of botnets, but arguably the most popular among the black-hat hacking community is the DDoS botnet. DDoS stands for Distributed-Denial-of-Service, and it is a type of attack that seeks to knock a network out of commission. A DDoS attack can be used on its own or as a part of a multi-pronged attack against a target. It is an upgraded version of a Denial-of-Service, or DoS, attack. The way it is superior to a DoS attack is that, whereas the former simply attacks with one machine, a DDoS attack utilizes multiple machines. With these numerous machines, which can number from the thousands to millions, the threat actor can overload a target at a much quicker rate. The zombie machines send network traffic to a target, and eventually, the target is overloaded and rendered inoperable.

This is where we circle back to the concept of a botnet. Combining the words “robot” and “network,” you get the term botnet. A botnet is a collection of infected machines, aka “zombies,” that all function in unison on the orders of the threat actor. Imagine that a cybercriminal wishes to bring down a server. To build a botnet, they infect various devices with malware via a plethora of methods (phishing emails, vulnerability exploitation, etc.). Once they have a strong army of zombie machines, they can then flood the server with packets until legitimate traffic is unable to reach it. 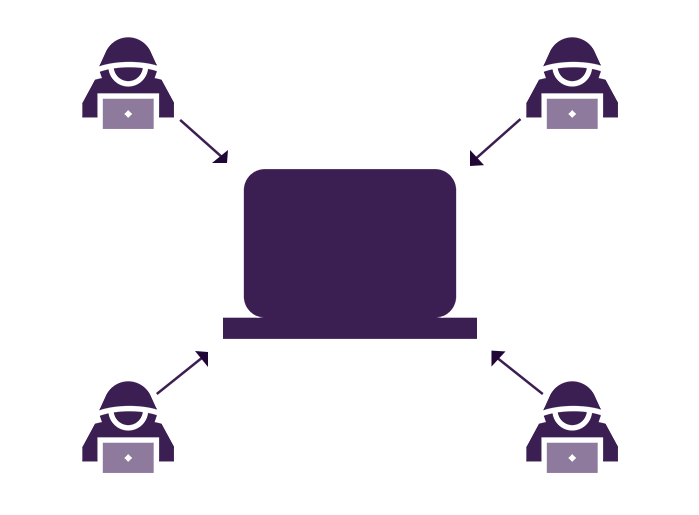 What are the components of a DDoS botnet?

A DDoS botnet cannot function without something called a Command-and-Control (C2) server. It is from this server that the threat actor can issue commands to its army of zombies. There are two primary C2 server archetypes. The first is a Centralized Command-and-Control server. This is the most common in today's threat landscape. Typically, a centralized C2 server communicates with its zombies via Internet Relay Chat (IRC.) The other, less common, type of DDoS botnet C2 server is called Peer-to-Peer (P2P). In a P2P C2 server, the botnet is smaller, and it makes it harder for antivirus programs or firewalls to shut off access to the C2 server.

How are DDoS botnets formed and used?

DDoS botnets can be used by many types of threat actors. These can be regular criminals looking to cause damage to a business, state-sponsored actors attempting to attack a foreign enemy, and script kiddies just trying to cause mayhem. These days, it is easy to obtain control of a botnet by simply renting one. Hackers on the Dark Web run botnets as a service, and as long as a client has the crytpo-currency to pay for it, they can obtain access to a powerful tool.

Originally, DDoS botnets were formed from personal computers infected with malware. Now, however, the Internet-of-Things (IoT) has opened up options beyond simple PCs. Anything that connects to the IoT can be a part of a botnet now. Some of the most popular botnets today (more on that later) consist of a variety of so-called “smart” devices. A refrigerator, a television, a tablet, and your smartphone can all be zombies in a botnet. Vulnerabilities in the code, weak passwords, and many other security risks all allow this to be possible. Unfortunately, as the world becomes more technologically advanced, the opportunity for threats to existing multiplies as well.

DDoS botnets are at an all-time high in terms of activity. Just in the last decade, the world saw a number of high-profile attacks that crippled multinational corporations, and even nation-states. To understand just how destructive they can be, here are examples of some of the most infamous to hit the global landscape:

Protecting Against Joining a Botnet

So how does a person prevent themselves from becoming unwitting accomplices in forming a botnet? The answers are not that complicated as they tie-in to good general security practices.

First is to create a strong alphanumeric password. Many hackers use rainbow tables and programs like Cain and Abel to brute-force their way into a device. With simple, commonly used passwords, it won’t take very long for an attacker to gain access via brute-forcing the hashes and trying ordinary phrases.

Second, ensure that your devices are always up-to-date in terms of patches and updates. Vulnerabilities are a common way that hackers can penetrate a device, as it leaves a hole to slip remotely executed code or other malicious tactics through.

Third, do not trust third-party code unless you have intensively vetted it. Many individuals download applications via untrusted websites without realizing that they can just be giving access away. Many malicious applications also hide in official app stores; however, so be wary no matter where you download. Once installed, A malicious app can quickly unleash malware that connects to the C2 server (with you none the wiser).

The final method you need to implement is strong network security practices. This includes properly configured firewalls, malware scanners, and a VPN. The firewalls will try to prevent the zombie devices from communicating with the C2 server. The malware scanners will seek and destroy any malicious software on your devices. Finally, a Virtual Private Network such as PureVPN will hide your real IP address from an attacker. With AES 256-bit encryption, and servers around the world, hackers will have a hard time locating your network and the devices you run on it. 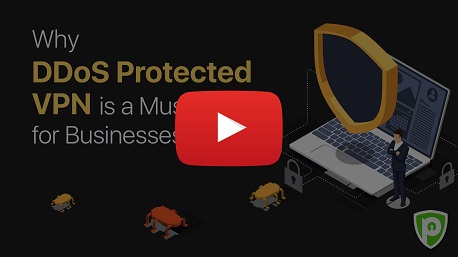