Netflix VPN allows to you to securely watch and stream Netflix libraries without the fear of being monitored, avoid ISP throttling especially in the U.S region, and improve your overall Netflix streaming experience.

Use a Reliable Netflix VPN and Watch Everything

Now you can unlock more Netflix libraries with a VPN at your disposal. All you have to do is subscribe to a VPN service, connect to a server, and enjoy your favorite shows on Netflix. Here’s how to do it: 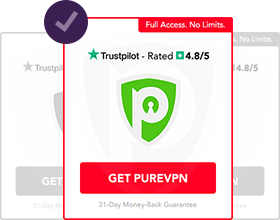 You can easily access Netflix shows from the United States, Australia, Germany, Japan, Canada, France, and the United Kingdom with a VPN. Plus, you can get rid of buffering while watching HD shows on Netflix after connecting your device to a VPN because it prevents ISP throttling. The good news is you can watch all 7 Netflix libraries that offer 4,335 movies and 1,197 TV shows.

What Are Some Netflix US Shows That You Can Access?

The United States vies for supremacy even on Netflix, lol. You know there are some epic TV shows like Homeland, Hannibal, Dexter, The Twilight Zone, Parks and Recreation, Twin Peaks, The Tudors, Person of Interest, or The Walking Dead on the American library that are not available if you are living abroad, unless you have a VPN. This is how the content distribution works. “But why should Americans have all the fun?”, said Netflix once. It turns out that if you are in the US you can’t access the show The Americans. The irony! You have to sign up for a Prime Video subscription or use a VPN to switch to a German server. So, using a VPN is the easiest solution to all your streaming problems.

Netflix Offers the Full Catalog for Only the Special Ones

The special ones are those who can access all Netflix libraries whether they are living in Australia, India, New Zealand, Spain, or France. If you are not one of them then consider using a VPN connection. Netflix catalogs might differ based on the country you are logging in from. For instance, people in France can only access the French version of Netflix that might have limited movies and TV shows. Netflix subscribers in the United States can watch The walking Dead on Netflix, while people in Australia or Canada can’t. You can’t access all Netflix libraries because of licensing contracts and rights agreements. That’s why a specific TV series may not be available in one country, while accessible in another country. American and Japanese Netflix have the biggest library and original content. 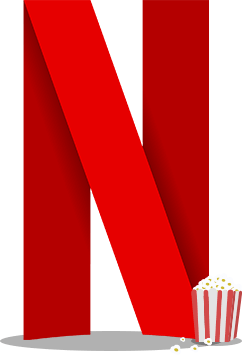 What Do You Get with PureVPN?

Use more than 6,500+ servers and connect to any country server in a flash. You are just a laptop-click away to watch hidden gems on Netflix that doesn’t appear in your country.

Can you imagine your screen dropping down the video quality to blurry or fuzzy when you are in the middle of an intense scene? With PureVPN, you don’t have to think about it.

Start a Netflix watch party with your friends or loved ones while maintaining safe distance. This is why we offer 10 simultaneous VPN connections to every user.

Use other free services

Besides Netflix, you can use PureVPN to get access to BBC iPlayer, Peacock, Tubi TV, Pluto TV, or even Sling especially when you are on a shoestring budget.

How to Watch Netflix with a VPN

Which is the Fastest VPN for Watching Netflix?

What is a Netflix VPN?

How to Use Netflix With VPN?

To watch Netflix with a VPN, follow these four steps:

How Does a VPN Improve My Streaming Speed?

A VPN can hide your online identity from internet services providers that deliberately slows your internet speed if you are using a lot of bandwidth. Also, a VPN uses a split-tunneling feature to control your internet traffic that enhances streaming and on your device. In this way, you can enjoy buffer-free streaming whenever your device is connected to a VPN.

How Can I Avoid ISP Throttling When Watching Netflix?

Get a VPN to avoid ISP throttling. By using a VPN, your ISP (internet service provider) cannot detect your IP address or throttle your internet speeds.

Which is the Fastest VPN for Watching Netflix?

Choose a Fastest VPN that offers more servers around the world. In this way, you can connect to any country’s server and access multiple Netflix libraries. Plus, a VPN that uses high-grade security protocols like AES-256, OpenVPN, PPTP, or L2TP are considered the fastest for streaming. Fortunately, PureVPN provides countless servers and uses these encryption protocols to help Netflix subscribes enjoy fast streaming.

What to do in case Netflix is not working?

There are many reasons a VPN could stop working with Netflix. For instance, a non-configured settings option can be a cause behind Netflix not working with VPN. Find out how to troubleshoot your problem.

Can I Watch Netflix for Free?

No. You will need to pay for a Netflix subscription to stream shows and movies.

How to Fix Netflix Errors and Proxies?

Sometimes you might see an error like “You Seem to be Using Proxy” when you try to access Netflix. This happens if you are using a free VPN or corrupt VPN. Free or corrupt VPNs don’t have enough servers available that you need to access Netflix from outside the region. That’s why we recommend using PureVPN to prevent this Netflix error and stream shows easily.

Can I use a free VPN to unlock all Netflix libraries?

Maybe, but a free VPN can also put you in the list of blacklisted IPs on Netflix. This means Netflix is not stupid and knows that you are using a VPN to access a TV show that is unavailable in your country. In fact, the service spends tons of money to detect VPNs and proxy servers. You can easily get caught using a free VPN because they don’t have enough servers and leak your IP address.

Can Netflix detect a VPN?

Yes, Netflix uses VPN-detection technology to ensure their subscribers aren’t using a VPN or a proxy server. If you are thinking the reason why Netflix bans a VPN, then the short answer is: licensing agreements. Some countries don’t have broadcasting rights of specific titles, some do. But, if a VPN has servers in the United States and follows the latest security protocols, then you can use it to get around tough VPN limitations in any country.