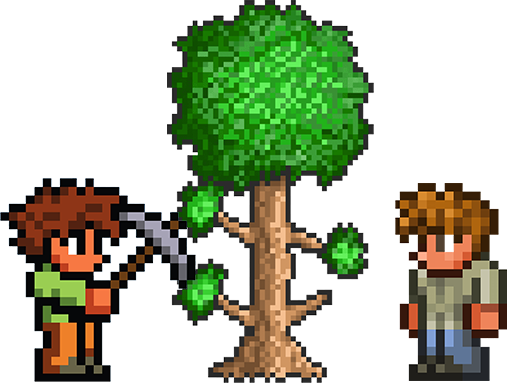 How to Open Ports for Terraria Servers Using Port Forwarding

Looking for a way to get a stable internet connection and enjoy Terraria? In this short guide, you will learn:

What is Port Forwarding? How does it work?

When you connect your device to a Wi-Fi router, the device will port data for specific functions. For instance, let’s say you have a web server in the same location as your Terraria server. You will reroute internet traffic to port 443 of your web server while using HTTPs websites but will route port 7777 to your Terraria server, as we explain below. Port forwarding reroutes this incoming internet traffic to a specific device (computer, console, or phone), and your router will know exactly which device gets the traffic without having to make difficult decisions, which is often the case these days on networks with more than 30 devices!

While you can do this on the router level, it’s easier to do on a device level with a VPN. Look for a VPN that provides port forwarding add-ons so that you can reroute incoming connections easily. This works pretty simply: with a VPN, you get a different IP address from the rest of your network and thus denote which ports need to be forwarded. It works as long as you’re connected to the VPN and keeps you safe because your IP address often changes when you’re on a VPN.

Step-by-Step Guide: How to Open Ports for Terraria in Your Router

How to check the IP address on your Router

If you don’t know how to check the IP address of your router from your PC, phone, or tablet, then do this:

Why do Modern Gamers Open Ports?

Your internet-connected devices have the same IP address, and when it comes to ports, it’s unknown as far as which device needs to get certain traffic directed to certain ports unless it’s specified on the router level. This might create problems when you need a stable internet connection for playing Terraria or other games such as Battlefield or CS:Go. When your Wi-Fi router receives incoming data, it identifies the best device from the existing list of devices unless specified on the router level as a DMZ host. But your DMZ or priority host may not be the device you need for gaming! Thus, when you open ports for your gaming device, Xbox or PlayStation, then you create a direct line between your console and the data packets received on your Wi-Fi router. This speeds up your gaming and prevents lags.

PureVPN: The Best VPN for Gaming

Port Forwarding is not safe because dangerous connections might end up accessing your private devices, especially if a DMZ or priority host is defined, which puts that machine directly at risk of being attacked. To avoid this problem, use a VPN, a Virtual Private Network, for online protection. With PureVPN, you can now open ports easily by using Port Forwarding add-ons. Plus, if you are opening ports for downloading torrents, then use the “File Sharing” Mode to get games and torrents. If you use port forwarding for downloading torrents, then you can easily unblock resources.

We hope now you know how to open ports for Terraria and the real use of port forwarding. If you want to get rid of lags while gaming, we suggest using a VPN for gaming. In this way, you can avoid ISP throttling and stay secure during MMO tournaments.